Construction Employers Add 228,000 Jobs Over the Year Despite Dip In March 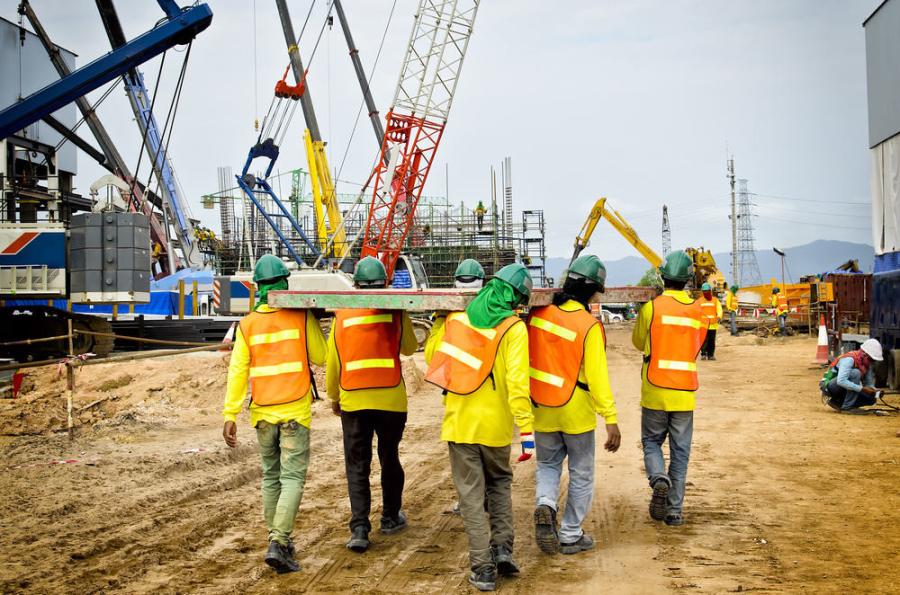 Construction employment increased by 228,000 jobs over the past year despite a weather-related dip in March, and the industry's unemployment rate fell to 7.4 percent, the lowest yet for March, according to an analysis of new government data by the Associated General Contractors of America. Association officials called for revitalizing and adequately funding career and technical education and training programs to ensure that employment in the high-paying industry would continue to grow.

“Construction employment indicators are still signaling strong demand on an annual basis, even though unusually bad weather in several regions probably depressed hiring in March,” said Ken Simonson, the association's chief economist. “Employment is rising twice as fast as for the overall economy, pay rates and growth are outpacing the private sector as a whole, and the industry's unemployment rate was the lowest ever for March.”

Construction employment totaled 7,150,000 in March, a dip of 15,000 for the month but an increase of 228,000, or 3.3 percent, over 12 months. The economist pointed out that the year-over-year growth rate in industry jobs was more than double the 1.5 percent rise in total nonfarm payroll employment.

Hourly earnings in the industry averaged $29.43 in March, a rise of 2.9 percent from a year earlier. That put average pay in construction 9.7 percent higher than the average for all nonfarm private-sector jobs, which rose 2.7 percent in the past year, to $26.82, the economist noted.

The unemployment rate in construction dropped from 8.4 percent a year earlier to 7.4 percent last month — the lowest March rate since the series began in 2000. The number of unemployed job seekers with recent construction experience declined to 696,000 in March 2018, which was the lowest total for March since 2001, Simonson said.

Construction officials said the new employment figures show the industry continues to create high-paying, long-term jobs but that there is a critical need for more workers. They urged officials at all levels of government to re-invigorate and adequately fund career and technical education programs.

“Construction offers great careers, with above-average pay both for entry-level workers and for the industry as a whole compared to the private-sector average,” said Stephen E. Sandherr, the association's chief executive officer. “To make sure students and workers displaced from other jobs have the chance to gain the skills needed to succeed in growing sectors like construction, government officials must do their part. That means funding up-to-date career and technical education and training, and allowing the industry to collaborate in providing opportunities.”