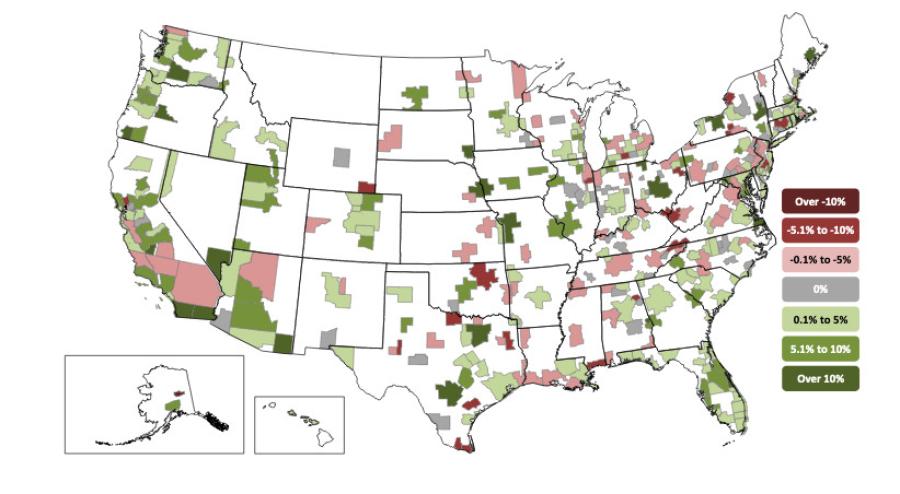 Construction employment grew in 211, or 59 percent, out of 358 metro areas between December 2018 and December 2019, declined in 73 and was unchanged in 74, according to a new analysis of federal employment data released Feb. 5 by the Associated General Contractors of America. Association officials said that many firms report they are having a hard time finding enough qualified workers to hire, which likely undermined employment gains in some parts of the country.

Association officials said workforce shortages were undermining strong employment gains in many parts of the country and urged federal officials to take steps to encourage more people to pursue high-paying construction careers. These steps include doubling federal investments in career and technical education to expose more students to construction career opportunities. And they called on Washington officials to establish a temporary work visa program to allow people with construction skills to work in markets impacted by labor shortages.

"Given the current state of demand for their services, many construction firms would be hiring more workers if only they could find them," said Stephen E. Sandherr, the association's chief executive officer. "Instead of convincing young adults to go into debt to pay for college, Congress and the administration should expose them to other options, including high-paying construction careers."