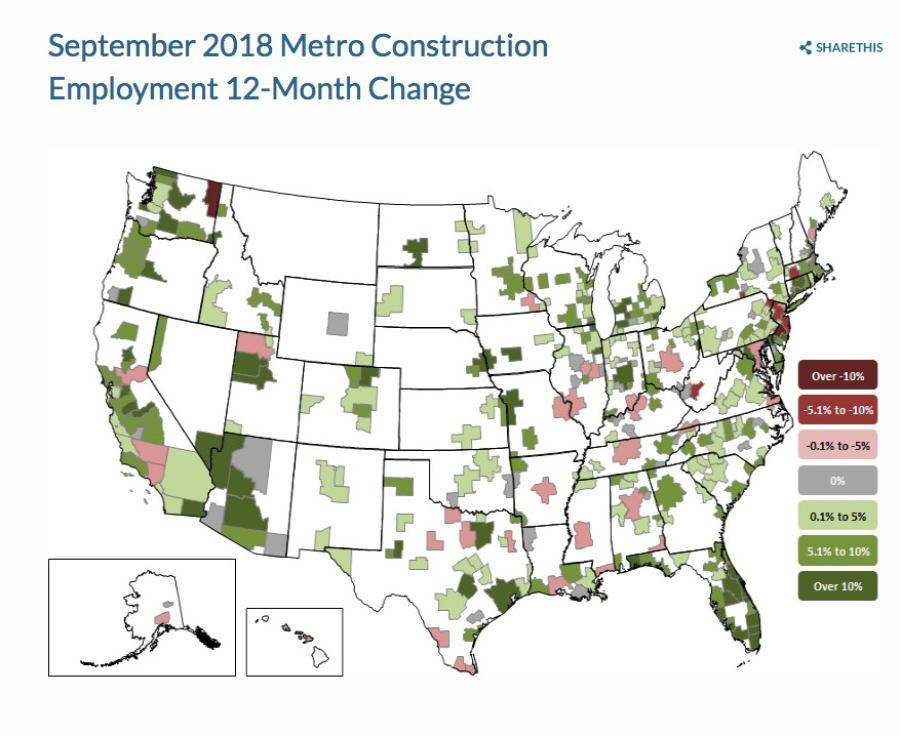 "It is a good time to be looking for a high-paying job in construction in many parts of the country," said Ken Simonson, the association's chief economist. "Construction hiring would likely have been even more robust if construction firms could find more qualified candidates to hire."

Association officials said the construction employment gains were coming as most firms continue to benefit from positive economic conditions. They noted that tax and regulatory reform were helping boost private-sector demand while modest increases in infrastructure funding were sustaining public-sector investment levels. They added that the positive economic conditions appear to be helping most firms weather the impacts of higher labor and materials costs, for now, but urged Washington officials to reconsider imposing costly new tariffs that could undermine broader economic growth.

"Many construction firms are expanding their headcount as they benefit from favorable market conditions," said Stephen E. Sandherr, the association's chief executive officer. "The question is whether conditions will remain positive amid a growing trade dispute with China and turbulent stock market conditions."