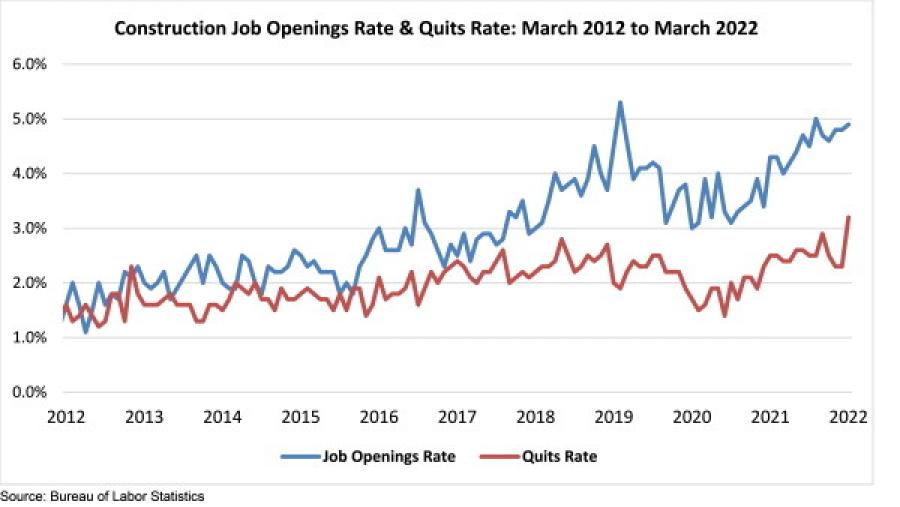 The construction industry had 396,000 job openings in March 2022, according to an Associated Builders and Contractors analysis of data released May 3 by the U.S. Bureau of Labor Statistics. Industry job openings increased by 13,000 in March and are up 60,000 from the same time last year.

"Despite evidence of project postponements due to elevated costs of delivering construction services, including sky-high materials costs, demand for workers continues to rise. In March, the number of available, unfilled job openings in construction approached 400,000. Indeed, many economic segments registered an increase in the number of positions awaiting candidates.

"The upshot is that many contractors are operating at capacity and expanding that capacity," said Basu. "The construction industry faces a severe skilled worker shortage of 650,000 in 2022, and it is likely that construction wages will continue to grow at above-average rates as contractors compete for talent. That will drive the cost of delivering construction services even higher during the months ahead, a notion supported by the recent decline in contractor profit margin expectations, as indicated by ABC's Construction Confidence Indicator."