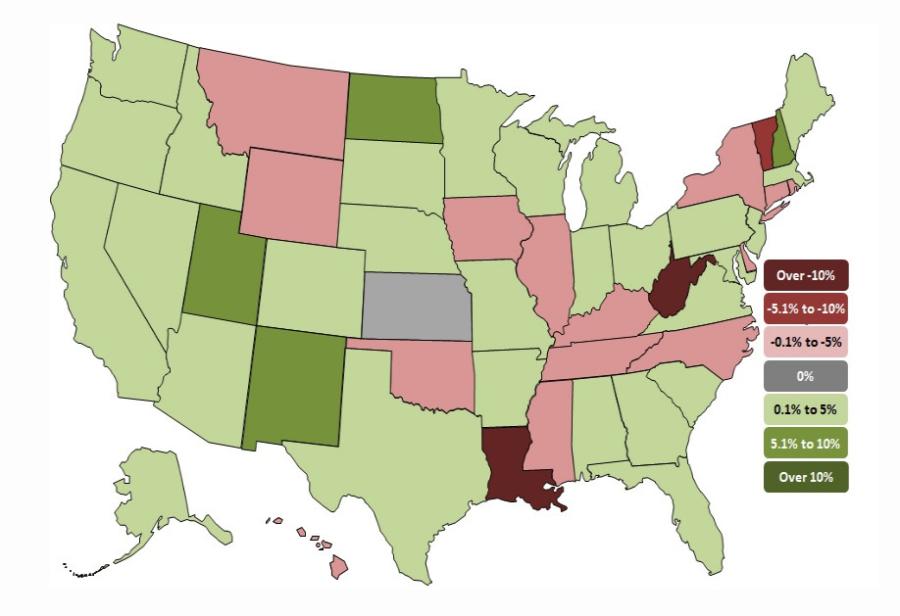 Construction employment increased in 32 states in January compared to both December and January 2019, according to an analysis by the Associated General Contractors of America of Labor Department data released March 16. Association officials said that the data was collected well before the coronavirus began to impact the economy and that construction employment levels are likely to decline beginning in March as the virus impacts many parts of the economy.

Association officials cautioned that the coronavirus is likely to have a significant impact on construction employment and urged federal officials to take steps to mitigate the impact. Those measures should include fashioning a more realistic Family Medical Leave proposal that won't force unnecessary layoff or bankruptcies as part of the coronavirus legislation, providing flexible schedules for contractors working on federally funded projects and boosting investments in infrastructure and other public works.

"There is no doubt the coronavirus will have a significant impact on our economy, including the construction sector," said Stephen E. Sandherr, the association's chief executive officer. "That is why federal officials should act quickly to protect employers and employees, provide contractors with greater flexibility and offset the inevitable private-sector slowdown in construction demand."

View the state employment data by 1- and 12-month rank and state map.