Construction Kicks Off on $775M Steelmaking Plant Near Mobile, Ala. 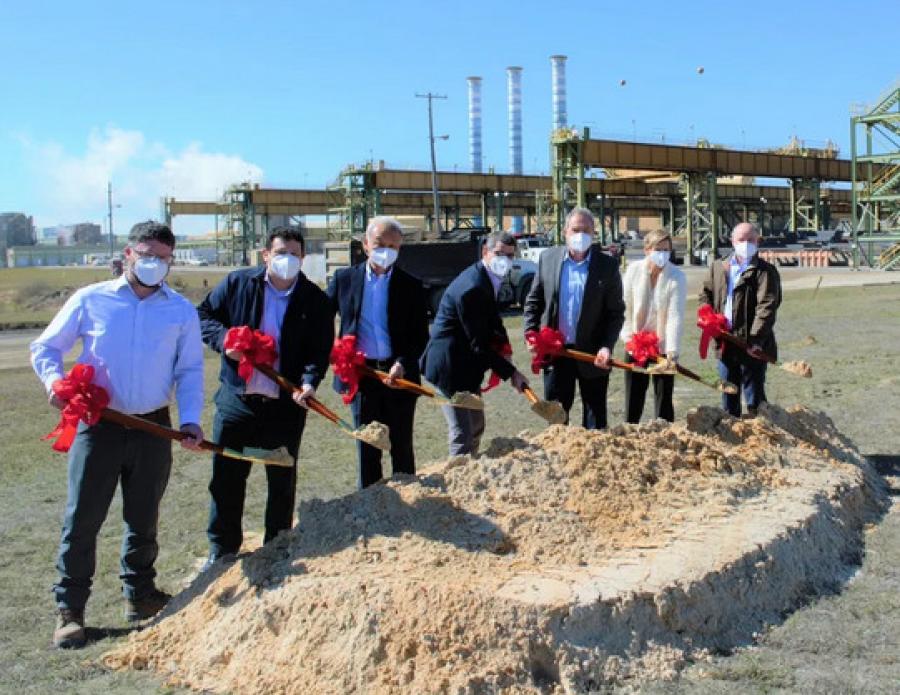 Internal leadership at AM/NS Calvert took part in a groundbreaking to launch construction of a $775 million steelmaking facility at the venture’s production site near Mobile. (AM/NS Calvert photo)

With a groundbreaking in late February, ArcelorMittal and Nippon Steel Corp. marked the official launch of a $775 million project to construct a massive new steelmaking facility at their AM/NS Calvert production site near Mobile, Ala.

"Alabama and the steel industry go hand in hand, and I am proud to see continued growth through AM/NS Calvert's $775 million expansion," Gov. Kay Ivey said at the work site. "Shovels have officially hit the dirt, and I look forward to the advancements this project will bring."

Once completed, the planned facility will include an electric arc furnace, or EAF, capable of producing 1.5 million metric tons of steel annually. That's enough to build 214 Eiffel Towers and get more than a quarter of a way complete on another one. The steel slabs will be made for AM/NS Calvert's hot strip mill and a broad spectrum of steel grades required for the company's end-user markets.

"When two of the leading steel companies — ArcelorMittal and Nippon Steel — make a significant investment such as this, the world takes notice," said Bill Sisson, president and CEO of the Mobile Area Chamber of Commerce.

"This announcement shows a great confidence in the Mobile area, and for that we are grateful. The capital investment and construction, along with the hundreds of permanent and indirect jobs, will benefit area suppliers and local families for years to come."

ArcelorMittal calls AM/NS Calvert the world's most advanced steel finishing facility. It was originally built by ThyssenKrupp, with a total investment of approximately $4 billion. ArcelorMittal and Nippon Steel acquired the facility in 2014, and the partners have invested more than $200 million in strategic projects in Calvert since the acquisition. It has more than 1,600 employees.

"This investment will enhance AM/NS Calvert's competitive position and expand its capabilities while also delivering a massive economic impact on Alabama," noted Greg Canfield, secretary of the Alabama Department of Commerce.

The groundbreaking was commemorated with a small gathering of internal leadership from the steel mill company.

"While the team at AM/NS Calvert would prefer thanking each of our supporters who were critical to the approval of this project in person, we look forward to celebrating this achievement when the new facility comes online in H1 2023," said AM/NS CEO Jorge Oliveira. "We certainly could not have gained approvals for this investment without the support of our government and community stakeholders."