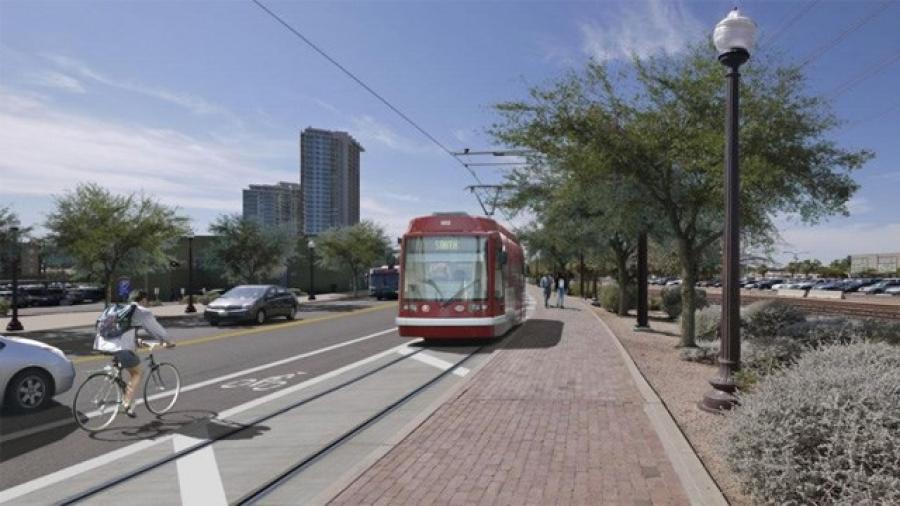 The streetcar project will be different than the Phoenix metro area’s light rail system, which runs through Tempe. Azfamily.com photo

TEMPE, ARIZ. (AP) A more than $175 million streetcar project in the Phoenix suburb of Tempe will begin with the goal of adding 3 mi. of track around downtown by 2020.

Construction along the route unveiled by Valley Metro will run from June to August, when tourism is lighter and fewer students are in the college town.

Most of the work will be on Mill and Ash Avenues and will take place at night to minimize the impact on drivers, The Arizona Republic reported.

The streetcar project will be different than the Phoenix metro area's light rail system, which runs through Tempe. The streetcars are smaller, move slower and often share lanes with traffic.

About 42 percent of the project's $177 million budget is expected to come from Federal Transit Administration grants. The remainder will come from a Maricopa County transportation sales tax, a local transit sales tax in Tempe, and a Maricopa Association of Governments fund for projects that ease traffic congestion and improve air quality.

Valley Metro officials are confident the project will be fully funded but will look into possible route changes or alternative funding sources if money becomes an issue, said Corinne Holliday, a spokeswoman for the transit system.

The construction on Mill Avenue will take place from June 1 through July 21, while work on Ash Avenue will run from July 24 to Aug. 11.