Construction on Purple Line in Maryland Should Resume in Early 2022 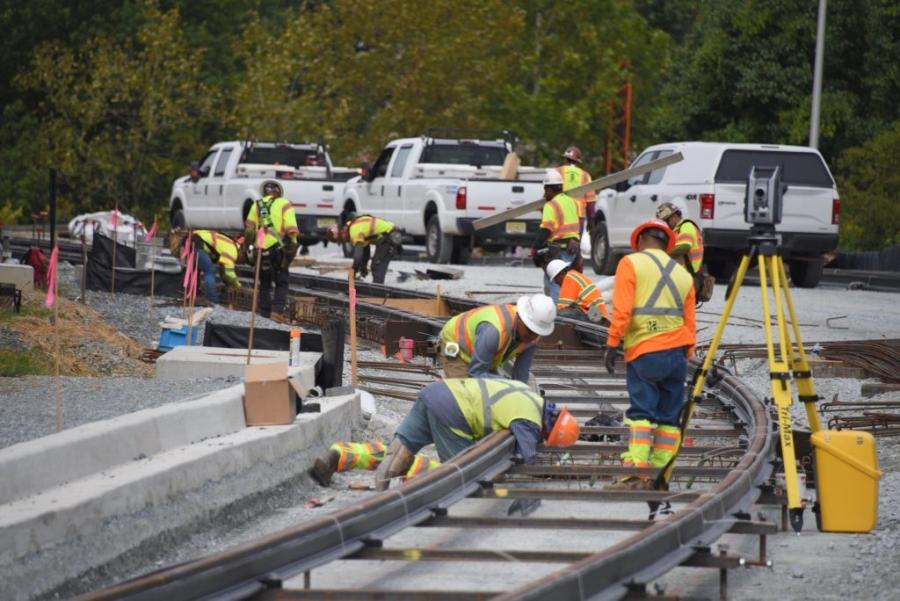 His comments came after the state chose Maryland Transit Solutions (MTS), a newly formed consortium, to complete the project.

MTS is comprised of two of the world's largest heavy-construction firms, Madrid, Spain-based Dragados and OHL. The Maryland Transit Administration announced Nov. 5 that it selected the duo to pick up where the project's original primary subcontractor left off.

Purple Line Transit Constructors (PLTC) quit the project last December following a lengthy dispute with the state over cost overruns — a battle that ended up in court.

Maryland Department of Transportation (MDOT) took over day-to-day oversight of the project when PLTC left, focusing on design, utility relocation and permits. But Slater acknowledged to Maryland Matters that the timetable for completing the 21-station, 16-mile rail line has suffered.

"We lost a year in the lawsuit, and we basically lost a year or so in construction," he conceded in speaking with the news site, which covers Maryland government and politics.

Slater met with the Prince George's County Council Nov. 8 to discuss the state's six-year Consolidated Transportation Program, and questions about the Purple Line dominated the discussion.

The state and MTS must hammer out the final details on a contract — including cost. Slater said he hopes to have an agreement to present to the Board of Public Works by February. That would allow construction of the $2.2 billion project, which will connect Bethesda and New Carrollton, to be back at full steam by spring.

MTS was one of three applicants deemed qualified to complete the project. Only two firms submitted a proposal, the winning bidder and a joint venture of Tutor-Perini and Lunda.

A top state official told Maryland Matters that MDOT was having difficulty landing a new prime subcontractor because of the challenges — and potential legal issues — involved in taking responsibility for complex work that another firm started.

"It's bringing in a new chef with a half-baked cake," Slater said in response to questions from Prince George's Councilmember Jolene Ivey. "We had to extend the due-diligence process twice."

Greg Sanders, vice president of Purple Line Now, an advocacy group, said the delay in awarding the contract "gave the competition teams more of a chance to go through and inspect the current state of things, and also for Maryland to complete some of the activities on the design and utility work."

Maryland had to pay PLTC $250 million to resolve cost disputes with the firm, Maryland Matters noted, and Slater hinted those costs could climb still higher.

"The labor pool is different today. The market is different. The interest rates are different. Materials costs are 20 percent to 25 percent higher than [they] were in 2016," when the original contract was signed, he commented.

As a result of all the delays, Councilmember Dannielle M. Glaros said it will be "a few years," likely 2025, before trains run along the Purple Line, putting the project roughly three years behind schedule.

"We're going to have a schedule out there relatively soon — in the next couple of weeks and months," Slater pledged to Maryland Matters.