Weathers doesn’t deny shooting Araujo but claims he is suffering from a mental disease or defect. 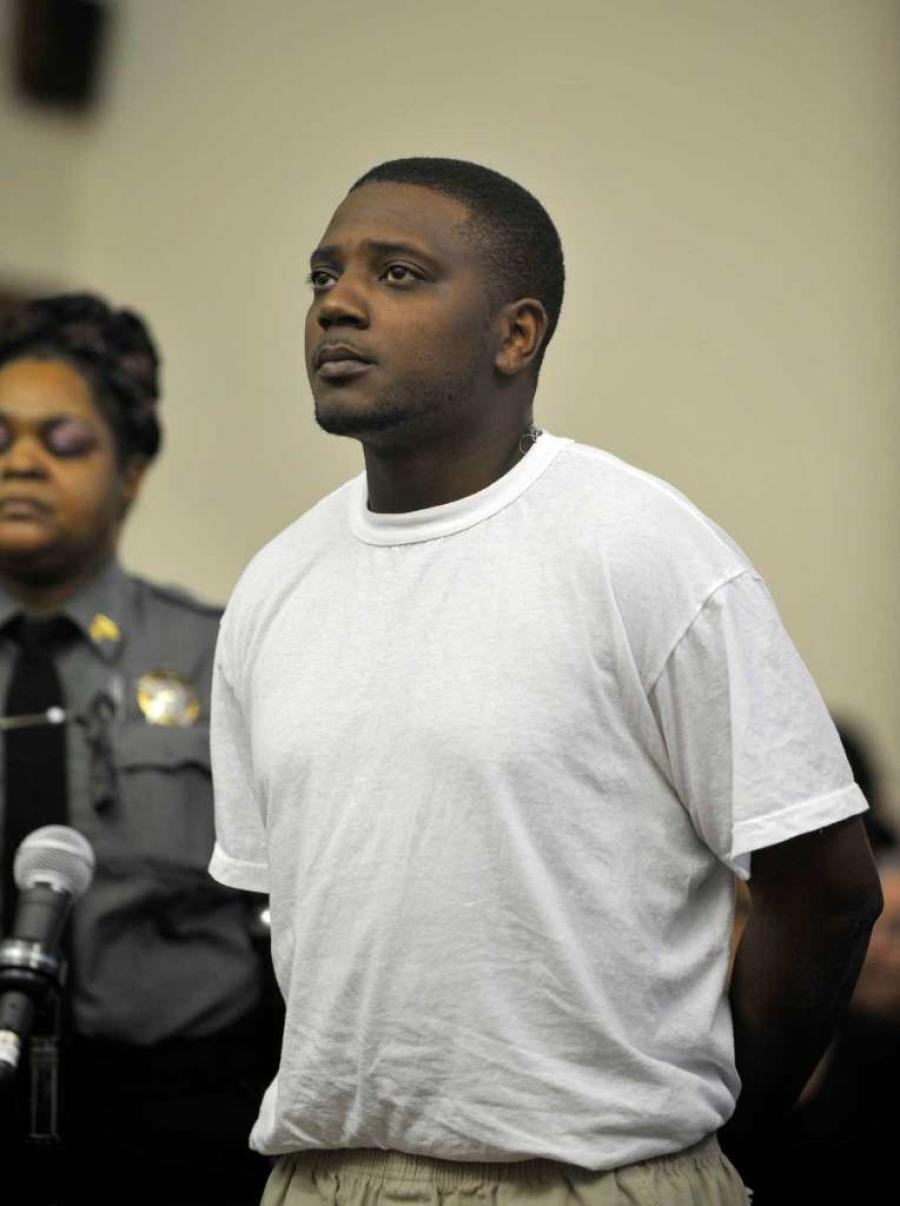 regory Weathers Jr.was arraigned on murder charges at the Golden Hill courthouse in Bridgeport, Conn. on Monday, March 30, 2015. Weathers is accused of shooting 31-year-old Jose Araujo, who was working in a trench by the side of Chopsey Hill Road and Pond St in Bridgeport on March 26.

Gregory Weathers shot a construction worker to death because he wanted the man's job and not because he is insane, a three-judge panel ruled Monday.

“He was acting out of frustration and anger,” said Pavia, speaking for the panel. “He was looking for work and he felt rebuffed.”

Weathers, who was also found guilty by the judges of two gun charges in connection with the crime, faces up to 75 years in prison when he is sentenced Feb. 3.

His mother and wife left the courtroom sobbing.

“In spite of the testimony of both the defense and state psychiatrists that the defendant suffered from a mental disease or defect, the panel agreed with the state that the evidence was not sufficient to establish the defendant's claim that he was not guilty by reason of insanity,” said State's Attorney John Smriga. “It has been the states position that if Mr. Weathers requires mental health treatment he should receive it in prison as a convicted murderer.”

The 34-year-old Weathers is accused of walking into a construction site on Chopsey Hill Road on March 26, 2015, and, after being told he would have to go and fill out an application if he wanted a job, shooting 31-year-old Jose Araujo of Milford.

Weathers doesn't deny shooting Araujo but claims he is suffering from a mental disease or defect - the insanity defense.

Weathers must be insane because only someone insane would go to a construction site with a gun and fatally shoot a worker he didn't know, the two psychiatrists testified.

“He goes out and kills someone, someone he didn't know. There appears to be no upside to this,” said Yale University Psychiatrist Paul Amble.

But Pavia said the panel did not find credible the psychiatrists' assertion pointing out that Weathers fled after shooting Araujo, hid in some bushes in a backyard until he was caught and then expressed sorrow for what he had done.

What the panel did find credible was Amble's testimony that while in prison Weathers exaggerated his symptoms in an effort to appear insane.