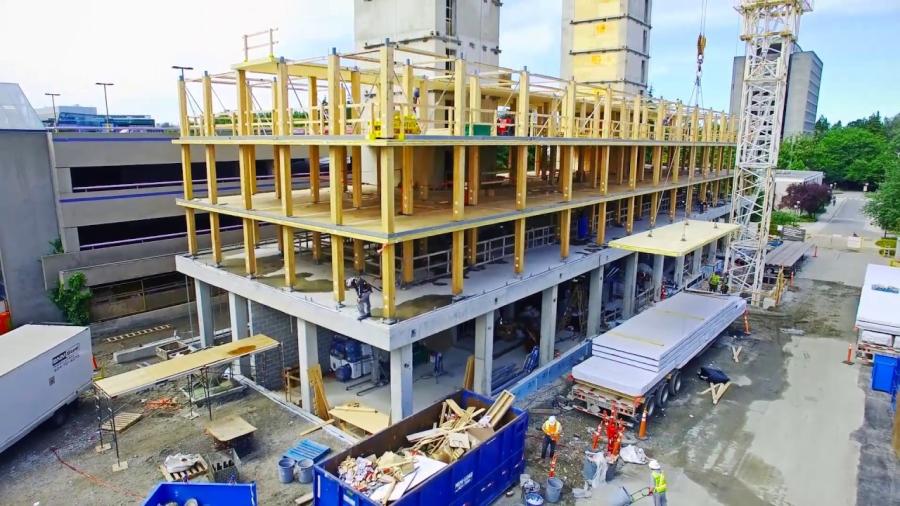 Construction spending hit a seasonally adjusted annual rate of $1.285 trillion in March, down from the month before, but still up compared to a year ago, according to an analysis of new Census data by the Associated General Contractors of America. Association officials noted that the monthly decline in construction activity came largely from drops in private sector demand as new steel and aluminum tariffs and the price increases they have prompted appear to be impacting demand.

“The administration's new steel tariffs appear to already be having a negative impact on demand for many types of construction services,” said Stephen E. Sandherr, the association's chief executive officer. “Not only are contractors getting squeezed by higher prices for steel and aluminum products, but it seems many private sector developers are rethinking some investments amid growing fears of a trade war.”

The monthly construction spending declines came as private-sector demand for health care, commercial, manufacturing and lodging construction all declined between February and March. Those declines came as the Trump administration imposed new tariffs on steel and aluminum products — which are widely used in many forms of construction — on many countries and threatened to impose them on other trading partners, including Canada, Mexico and the European Union. The private sector funding declines were too large to offset the modest increase in public sector funding, particularly for highway and street construction, between February and March.

Association officials said they were encouraged by the fact the administration has opted to continue exempting many key trading partners from the new steel and aluminum tariffs the president imposed earlier this year. But they cautioned that continued uncertainty about whether and how long those exemptions will remain in place are contributing to continued price increases for steel and aluminum products that many contractors are being forced to absorb.

“The price increases in steel products that have been introduced since the tariffs were announced have made the different between making money and losing money on many contractors' projects,” Sandherr said. “That is because firms that bid projects before the tariffs were announced are being forced to pay more for steel products that they anticipated when they submitted their project bids.”