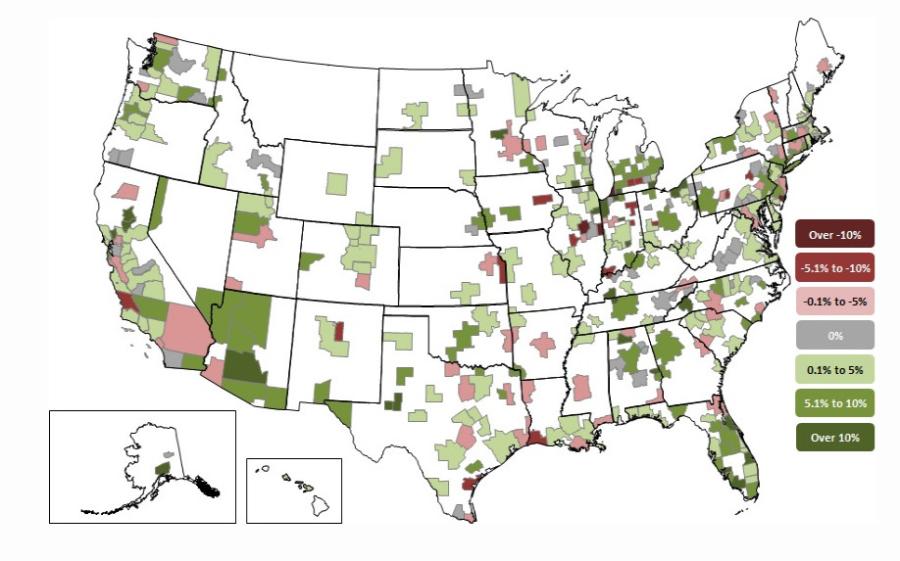 Construction spending increased by 1.0 percent from January to February, while construction employment increased compared to February 2018 levels in 275 out of 358 metro areas, according to an analysis of new government data April 1 by the Associated General Contractors. Association officials called on federal officials to support more career and technical education programs to prepare workers for in-demand careers like construction.

"The spending increase in February follows an extremely strong 2.5 percent gain in January, which aligns with contractors' reports that they were busy early in the year and expect to stay that way through 2019," said Ken Simonson, the association's chief economist. "The major challenge they face is finding enough workers."

Construction employment grew in 232, or 65 percent, out of 358 metro areas between February 2018 and February 2019, declined in 73 (20 percent) and was unchanged in 53, according to a new analysis of federal employment data the association released. Industry employment set a new high for February in 62 metro areas and a new low, in records that date back to 1990 for most metros.

Association officials said contractors in many metros can't find enough trained workers and they urged federal officials to invest more in career and technical education. They warned firms may be unable to satisfy rising demand for construction unless more young adults are exposed to, and consider pursuing, high-paying construction careers.