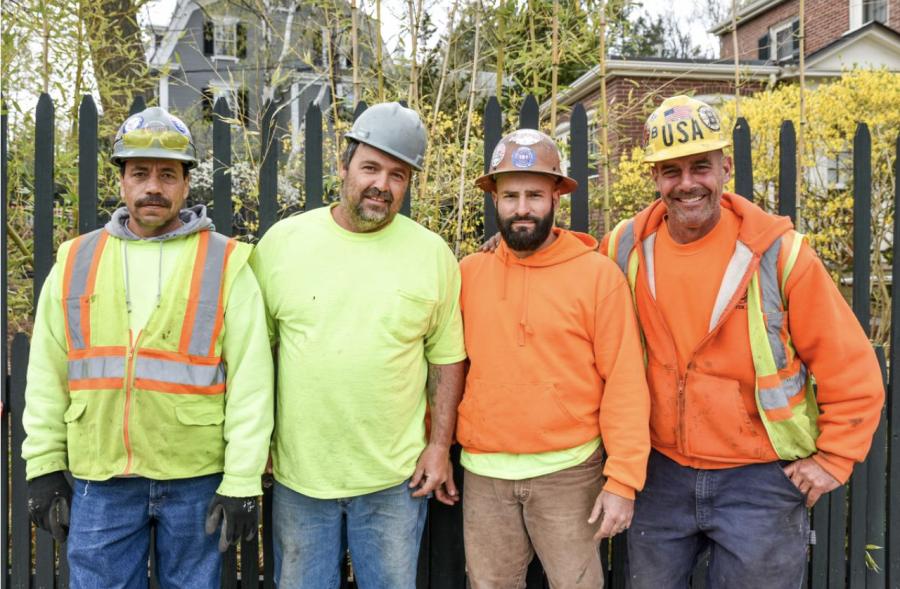 A construction worker is being hailed as a hero by the grateful residents of a two-story home in Cambridge who say his pounding on the door woke them up yesterday morning and helped them escape the house before flames swept across the second floor.

“It's amazing that he was there. All of us were sleeping and we'd have never known,” Saurabh Mhatre, a Harvard researcher, told the Herald. “He might have saved my life. I'm so grateful.”

“Tiago went to investigate and there was fire coming from the back deck. So he called 911 and I was pounding on the doors, but no one was answering,” Doherty said.

After running to get a fire extinguisher, Doherty, 52, said he went back to pounding on the doors and ringing the doorbell, eventually managing to wake up three people inside.

Doherty said he and Cardoso ran up the back staircase to make sure there wasn't anyone else inside and to see if they could put the fire out themselves.

“As soon as I opened the back door, the flames were already starting to come into the house,” Doherty said. “I said 'we have to get out of here now.' Within three minutes, maybe less, the porch was engulfed. You could barely breathe when you got to the upstairs, it was toxic.”

By the time Cambridge firefighters arrived at the scene about 7:47 a.m., officials say they found the wood-framed home at Reservoir and Blakeslee streets in flames.

Mhatre said he and his two roommates were the only ones home at the time and all three escaped safely. The owner of the home lives on the first floor, but is out of the country, he said.

“We heard banging on the door from the construction worker,” Mhatre said. “He was ringing the bell, telling us there was a fire and to get out.”

Doherty said when he offered his sympathy to the residents who fled the burning house they thanked him for springing into action.”

“I said, 'sorry for your loss' but they were just happy to be out of the house,” he said. “They said, 'thanks for waking us up.' I'm just glad nobody was hurt.”

The cause of the fire, which was contained about an hour after it was first reported, remains under investigation, fire officials said.