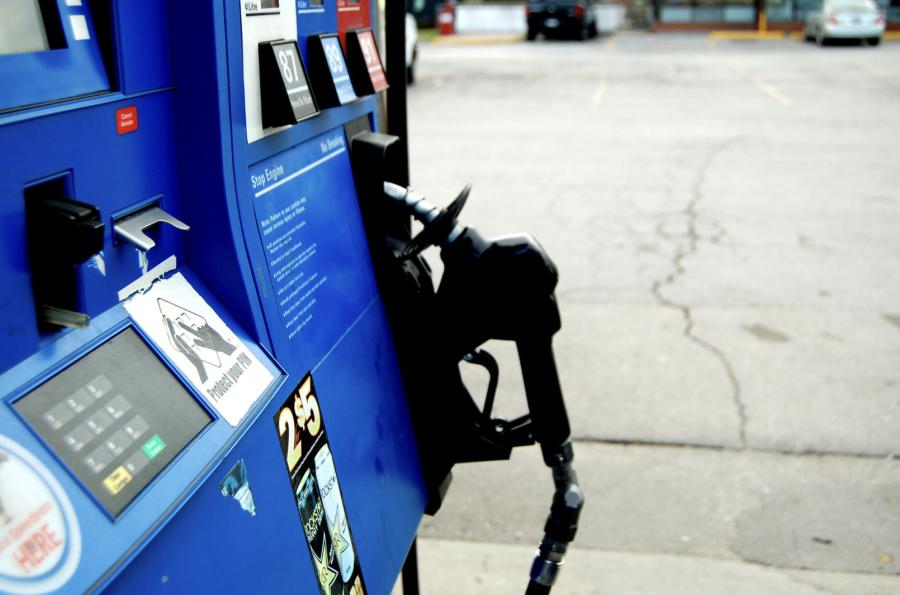 Groups opposed to President Biden's gas tax argue that it will adversely affect major transportation construction paid for by the Highway Trust Fund (HTF), which is funded by the nation's gas tax. (Flickr photo)

The various coalitions argued that the effort will not bring relief to consumers at the pump and could adversely affect major transportation construction paid for by the Highway Trust Fund (HTF), which is funded by the nation's gas tax.

Biden called on Congress to pass a three-month pause on the tax, which charges customers 18.4 cents per gallon of gas and 24.4 cents for diesel. The president also wants states to suspend their gas tax during the 90-day period.

The White House aims to offset the loss of tax revenue with other federal funds to ensure that transportation projects continue, according to The Hill, an independent political news source based in Washington, D.C.

"With the tax revenues up this year and our deficit down over $1.6 trillion this year alone, we'll still be able to fix our highways and bring down prices of gas," Biden said in his announcement. "We can do both at the same time."

But Jay Timmons, president and CEO of the National Association of Manufacturers, said in a statement, "Our nation achieved historic progress with the Bipartisan Infrastructure Law, but this move is likely to derail its implementation by suddenly disrupting its funding, delaying critical projects that Americans desperately need and that are vital to manufacturers' competitiveness."

According to The Hill, Timmons' group joined the American Public Transportation Association, the American Trucking Associations, and dozens of other organizations in sending a letter to Biden June 22 arguing that the gas tax holiday jeopardizes "the certainty necessary for our state and local partners to plan long-term projects and the … hiring and equipment purchasing required."

Newsweek reported June 23 that the transportation and infrastructure groups warned Biden that ending gas taxes would throw the nation's highway and public transit projects into chaos by taking away the HTF's consistent source of revenue. That, in turn, could jeopardize road maintenance and upgrades.

Among the message's 33 signatories were the Americans for Transportation Mobility (ATM) coalition and the Transportation Construction Coalition (TCC). They added that the gas-tax holiday, costing around $10 billion, would lead to negative effects for American roads, bridges, transit systems and jobs, the magazine said.

The letter also spelled out to Biden that his proposal would "undermine efforts" to create jobs and realize the investments made under the Infrastructure Investment and Jobs Act (IIJA).

Michael Ireland, president and CEO of Skokie, Ill.-based Portland Cement, also signed the letter to the White House. Later, he told Newsweek in a statement that Biden's proposal is "the wrong decision at the wrong moment."

"Removing the funding from the gas tax will strangle the IIJA before it is even up and running," he added.

America's cement manufacturers have committed to reaching carbon neutrality in the construction chain by 2050, he said. That aim, and the sustainability goals of the IIJA, "dovetail nicely."

"However, achieving these goals requires significant funding," Ireland explained, noting that "the gasoline tax is crucial for meeting these funding needs."

Manufacturers and construction industry leaders are not the only ones averse to the president's proposal.

The plan also is receiving mixed reviews in Congress, which must approve it. Industry opposition to the gas tax holiday would likely worsen its chances on Capitol Hill, noted The Hill, where Republicans and some prominent Democrats have dismissed the idea.

Congressional Democrats such as House Majority Leader and Speaker of the House Speaker Nancy Pelosi and Sen. Tom Carper have expressed doubts about whether a federal gas tax holiday is the best way to ease high gas costs for Americans.

Carper, from Biden's home state of Delaware, tweeted: "Suspending the primary way that we pay for infrastructure projects on our roads is a shortsighted and inefficient way to provide relief."

The soaring prices have put Biden under pressure to help ease pain at the pump for Americans who are also dealing with consumer inflation hitting a 40-year high in May.

The Hill reported a study from the University of Pennsylvania found that suspending the tax from March to December would reduce per capita gasoline spending between $16 and $47. The Penn researchers also noted that when states suspended their gas tax, only a portion of the savings was passed down to consumers, with retailers pocketing the extra profits.