Initial work on the project will feature construction of two toll lanes in each direction starting near East Sublett Road and West Camp Wisdom Road and stretching south to U.S. 287. 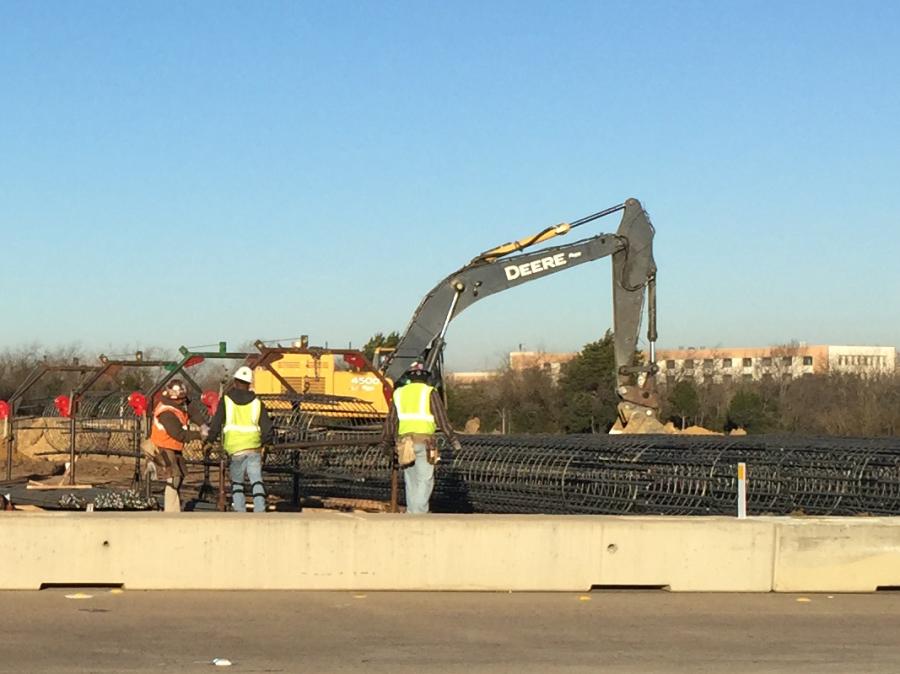 The project is overseen by a public-private partnership between the Texas Department of Transportation, the North Texas Tollway Authority and the North Central Texas Council of Governments.

No funding plan is in place for the ultimate construction phase, but the estimated cost for this phase is $604 million.

In addition to added lanes, initial plans call for intersection and frontage road improvements. The project will add bridges on U.S. 287 northbound and southbound over SH 360.

Currently U.S. 287 and SH 360 intersect and traffic is controlled by signals at the intersection. After completion of the bridges, the traffic signals will be removed.

TxDOT is financing and overseeing construction of the project before turning the roadway over to the North Texas Tollway Authority. Toll revenues would then be used to reimburse TxDOT and for NTTA to maintain and operate the toll highway.

Substantial completion of the initial work is expected by late 2017. The project is expected to provide needed safety improvements, congestion relief and economic development benefits.

“This project has been on the books for some time and interest in the property surrounding the project has continued to build,” said Keith Bilbrey, 360 South Project public information coordinator. “We have heard reports for all the municipal agencies involved that economic growth is expected to blossom as the project continues and reaches completion.”

Current work includes excavation and placement of embankments for the roadway, along with installation of drill shafts, extensions for bridges, drainage systems, temporary detours and bent cap. A bent cap is two or more piles driven in a row transverse to the long dimension of the structure and fastened together by capping.

State Highway 360 South is a design-build project. Design-build is a method of project delivery in which the design-build team works under a single contract with the project owner to provide design and construction services. It typically cuts construction time in half.

The project includes at least 12 different trades spanning from laborers to skilled carpenters and concrete finishers. Between 250 and 300 craft employees will be on the job each day when construction is in full swing. Approximately 125 craft employees are working on the early stages of the project.

TxDOT first developed and opened portions of SH 360 in 1958, and the department has regularly improved and expanded the highway ever since. Population has surged substantially since that time.

“Growth in the area, especially the southern sector, has been experienced in recent years,” Bilbrey said. “Traffic counts show that approximately 52,000 drivers use the corridor each day. Projections show that by the year 2030 that will increase to 174,000 drivers daily.”

“As with any project of this size, there are unexpected delays,” Bilbrey said. “Delays with utility relocations, permitting and weather are always expected and planned for. At this time, the project is on schedule and is expected to reach substantial completion by the end of 2017.”

The project will use temporary detours to facilitate the construction of crossover bridges. Detours are in place for bridge construction at Webb Lynn Road/Lynn Creek Parkway; Debbie Lane/Ragland Road; Broad Street; and Heritage Parkway.

This summer a detour for bridge construction will be in place at Sublett Road/Camp Wisdom Road.

Bilbrey said that feedback from local residents and the Texas A&M Transportation Institute show that delays in navigating the detours have been minimal to nonexistent.

Team Is in Place

A public information team led by K Strategies works with TxDOT and North Texas Tollway Authority to keep SH 360 users informed on project progress. The team holds outreach activities to engage the public throughout the project duration. It conducts public meetings and operates a public information office. Its tools include a project website, a mobile app, text alerts, as well as social media and project hotlines.

The contractor also developed a traffic management plan to minimize traffic impacts during construction. The plan allows motorists to use existing improvements on SH 360 for most of the construction duration. Many cross streets are being constructed using a detour concept to keep traffic moving at normal levels.