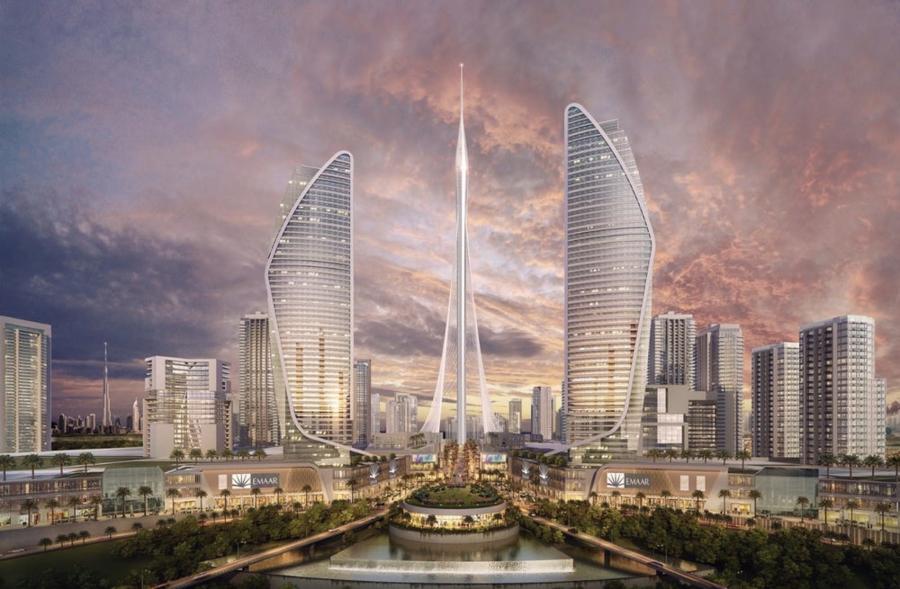 The Dubai Creek Tower is expected to be completed in 2020, and will be centered in Dubai Creek Harbor, an area that contains residences, along with retail and office space.

In order to claim the title of “World's Tallest Building,” the Dubai Creek Tower must be taller than Burj Khalifa, which is 2,723 ft. tall. The project is expected to be completed in 2020, and will be centered in Dubai Creek Harbor, an area that contains residences, along with retail and office space. Emaar Properties and Dubai Holding are the project's developers.

Although crews have only finished laying the tower's foundations, the numbers for the project are already impressive. So far, there have been:

"The design and architectural features of The Tower demand unique engineering approaches that are currently being implemented on site," said Calatrava. "Extensive studies were undertaken in preparation for the ground-breaking, and the learning that we have gained from the experience will add to the knowledge base of mankind.”

"With no similar super-tall structures in the world, Emaar has undertaken a completely new approach to wind-engineering and seismic tests, which have already been completed,” Calatrave said. “Every aspect of The Tower is designed to the highest international standards of safety – from the choice of materials to the technology being deployed in its construction."

The building will be anchored with stay cables, with ongoing work on the anchors, New Atlas reported. This design element is somewhat unsurprising as Calatrava is best known for his bridge designs.