As workers were breaking ground with a skid steer, they hit something that they realized could be a fossil. 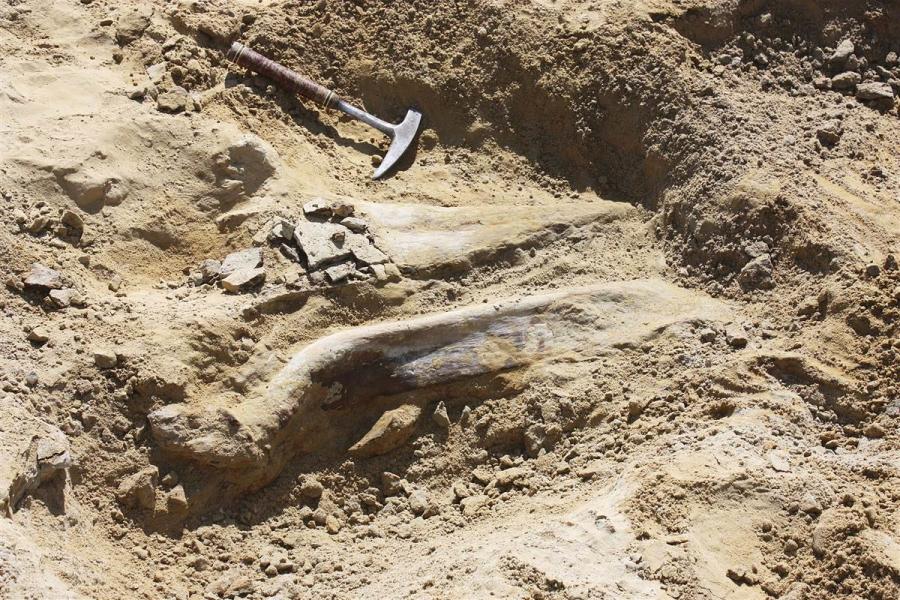 Construction workers uncovered triceratops bones and a skull on the site of the new Fire and Police Substation in Thorton, CO Aug. 25.

According to Joe Sertich, curator of the Denver Museum of Nature and Science, construction crews typically don't dig deep enough to hit the area's original rock layers. But as workers were breaking ground with a skid steer, they hit something that they realized could be a fossil, the Denver Post reported.

“A lot of times these will be plowed up and they won't be recognized,” Sertich said. “And we're really lucky in this case that it was recognized as fossils and we got the call and were out here and able to salvage the site, and actually collect these fossils.”

Typically, fossils recovered around Denver are Ice-Age-era —comparatively 10,000 to 12,000 years old — and are usually mammoths or camels. But Sertich said this latest discovery is one of three 66-million-year-old triceratops skulls that have been found on the Front Range.

“My heart was racing,” Sertich said. “As soon as (we) uncovered it and realized this was a horn of a triceratops and not just another leg bone or part of a hip, it made the site really exciting.”

Scientists from the museum plan to stabilize the site before digging up the bones and checking the area for any others.

On Aug. 31, the Associated Press reported more fossils were found on site. Scientists discovered a second horn, a beak, ribs, vertebrae and other remnants.

According to Sertich, this may be the most complete triceratops skeleton ever found in the Denver area.

The fossils will be encased and plaster and moved to the museum.