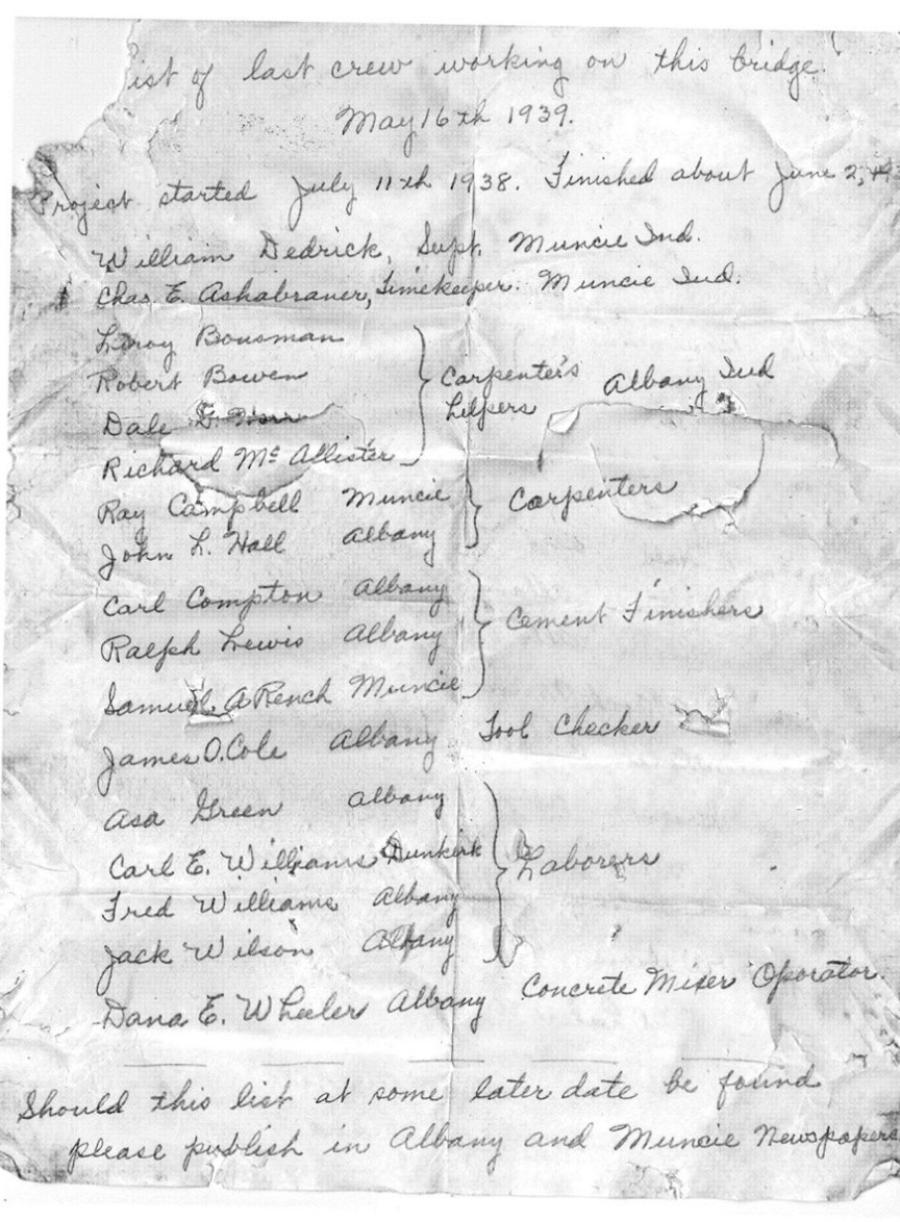 The note, which Henry said was written in pencil on a type of plastic-y paper, now resides in the Albany municipal office, where officials plan to frame it and put it on display, the Star Press reported.

A construction crew performing bridge work uncovered a piece of history on an Albany job site.

According to Shannon Henry, town marshal, crews were breaking apart concrete with a jackhammer at Bridge 701 in Albany the week of Aug. 13, when a glass jar with a piece of paper fell out of the pillar they were working on, the Star Press reported. The jar fell and shattered, but a worker snagged the piece of paper, thinking it was a piece of trash.

However, when he unfolded the note, he got a surprise, which read, “List of last crew working on this bridge,” with 17 names of laborers, carpenters and cement finishers who were part of the construction crew between July 1938 and June 1939. Due to some damage to the paper, not all of the names were completely readable. At the end of the list, the note said, “Should this list at some later date be found, please publish in Albany and Muncie newspapers.

The note, which Henry said was written in pencil on a type of plastic-y paper, now resides in the Albany municipal office, where officials plan to frame it and put it on display, the Star Press reported.

“It's a neat piece of history for Albany,” said Henry.

In a post on its Facebook page on Aug. 17, the Town of Albany asked that the listed workers' family members provide pictures and memories of their relatives, saying that the town “would like to honor the crew members by recognizing them.”

According to newspaper archives, the workers whose names appeared on the note were those who helped first build the bridge, the Star Press reported.