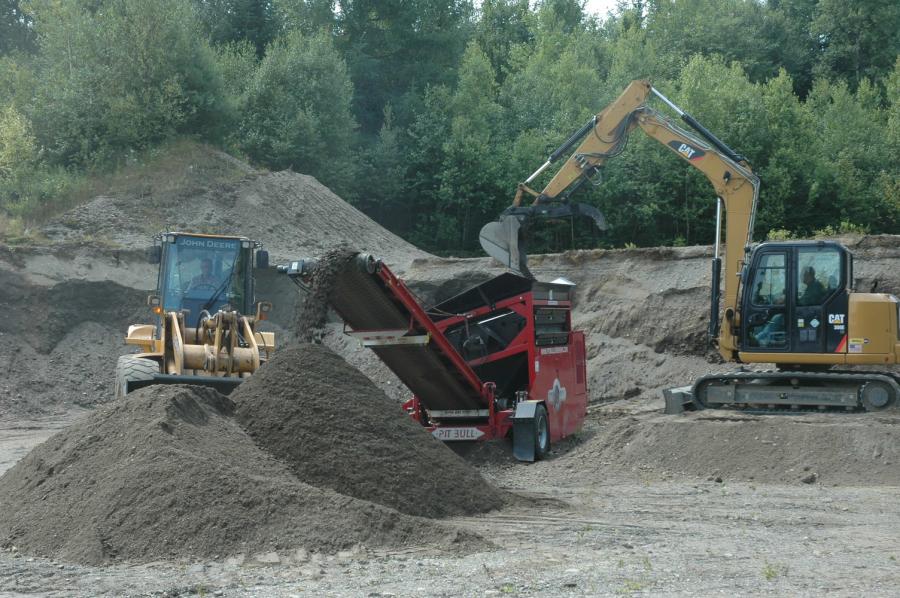 What's in a name? In the case of Wells Excavators, it may not be what you think.

The company, according to owner Jim Wells, neither digs wells nor sells excavators. Instead, the company is an excavating contractor.

“I still occasionally get phone calls from people asking me to dig their well, and, at times, people wonder if we sell excavators,” Jim said of the company he founded in 1982.

Wells Excavators began with the purchase of a small Kubota compact tractor to do some side jobs. Jim added a logging winch to the tractor and did some lot clearing. Some people took notice, the number of jobs grew, and before long, he purchased a 50 hp Kubota tractor loader backhoe and started tackling larger site work projects.

Since then, the company has grown: Wells Excavators is regularly tackling residential and commercial site work projects as well as road building and design build projects for septic systems and ponds. He also has gotten involved in doing utility work (water mains and the like) as well as cell tower site work.

The area of northern New Hampshire where Wells Excavators is located has largely become noted as a vacation and recreational area. Home building on New Hampshire's many pristine lakes has become very popular and doing that type of site work takes a contractor who is in tune with the various environmental needs and regulations that come with it, Jim explained.

From his location in Colebrook, most of his business has developed in the northern New Hampshire, western Maine, and the Northeast Kingdom of Vermont.

As his business has grown, Jim has had a growing need to have ready access to aggregate materials, which led to him establishing his own gravel pit in Colebrook. From this pit, he excavates materials as needed and from time to time, he brings in a material processor to make screened loam or gravel.

Over time, Jim saw the need and benefit to owning his own screening plant to work his gravel pit, but to make the investment, he set in his mind a stringent criterion that the screening plant would need to have for him to see the full benefit of ownership.

First, it had to be industrial grade.

“Over the years I have seen many portable compact screening plants and several of the ones that have come on the market recently were really made for a landscaper and not a material producer,” he said. “The steel and the construction were not particularly heavy. When you run gravel all day there is a lot of vibration and I did not feel that many of these machines would hold up to continuous use.”

Jim said that there are several box screeners on the market that would hold up under this type of work, but for his setup, he knew that he wanted a machine with a stacker.

“It had come to me that by adding a stacker to a small screening plant the end result would be a one operator spread,” he said. “In the manner the traditional box screeners work, mixed material is dropped into the hopper and oversized materials fall from the top of the screen to the side of the plant. The screened material falls through the plant and piles up underneath it. After running a few loads of mixed material into the hopper, you either need to stop feeding the hopper and go remove the screened materials from underneath the plant or you need to have a second machine and operator on hand to remove the processed materials. If you are processing with a box screener and one machine in the plant is simply idling 50 percent of the time, to me that is costly inefficiency.”

“Without the conveyor, with our type of soil conditions, if we were feeding the screening plant with an excavator, we would need to be continuously running a three-yard loader in order to keep up with the production.”

Jim's final criteria was that whatever machine he purchased would need to be transportable by a tri-axle dump truck.

“In the fall of 2015, I heard about the Pitbull screener, a portable screening plant with a conveyor,” he said. “I contacted the manufacturer and they pointed me to their website, which included a video of the Pitbull screener at work. He watched the video on Pitbull's website and could not believe what he was seeing.

“Based on the video, I knew that it met some of my criteria, but a closer inspection would be necessary.”

Jim contacted Lance Conley, Pitbull's master distributor, and found him to be very knowledgeable — and he was a New Hampshire native.

“At this point, 2015 was nearing an end, tax season was approaching, and it was time to make a decision,” Jim said. “The people at Pitbull offered to bring a machine out for me to demo, but I decided that I would like to take a look at their facility first, so I made a trip to western Pennsylvania to check out the factory. I was told ahead of time that the plant was actually shut down for the holidays, but to my surprise when I arrived I was greeted by the owner of the company, its production manager and their master distributor.

They showed me their fabrication facility and it quickly became obvious that this was a state-of-the-art steel fabrication plant and these people knew what they were doing. I walked from station to station down the production line and could see first-hand how the machines were built. The Pitbull was manufactured from heavy high quality steel and that steel is properly reinforced at all of the stress points. It was very rugged looking and I could tell that it was built to last.”

Jim added that he saw a well-engineered heavy-duty hydraulic conveying system that looked more than capable of keeping up with the screening plants' production. The plant appeared to meet all of his criteria, including mobility.

“Pitbull offered to let me try out the plant and make some product with the agreement that if the machine did not meet my expectations and I chose not to buy it, I would pay nothing except the trucking to get it to our site and back,” he said. “As advertised, the Pitbull processed an impressive amount of material, just like Lance told me it would. After we demoed the Pitbull there was no question it was staying in New Hampshire. From our own production testing, we have found when we fed it with one of our 1 cubic yard excavators we can process a bucket every 23 seconds. Under good conditions, we have been able to process 1,800 yards of material in a twelve-hour day; that's 150 yards per hour. The conveying system can make for a one-operator, one-machine process. We'll often run 2 machines when processing, but if I have a man with some idle time during the week I can send him to the pit and process loam or gravel alone.”

Wells Excavators has put approximately 600 hours on the Pitbull plant with absolutely no downtime other than maintenance, according to Jim.

“At one point we did change out the screens to make different sized product and that was no more than a half hour process.”