A contractor hired at a cut-rate price to take down a building was sentenced Friday to 15 to 30 years in prison for its collapse, which killed six people and injured 13 others. 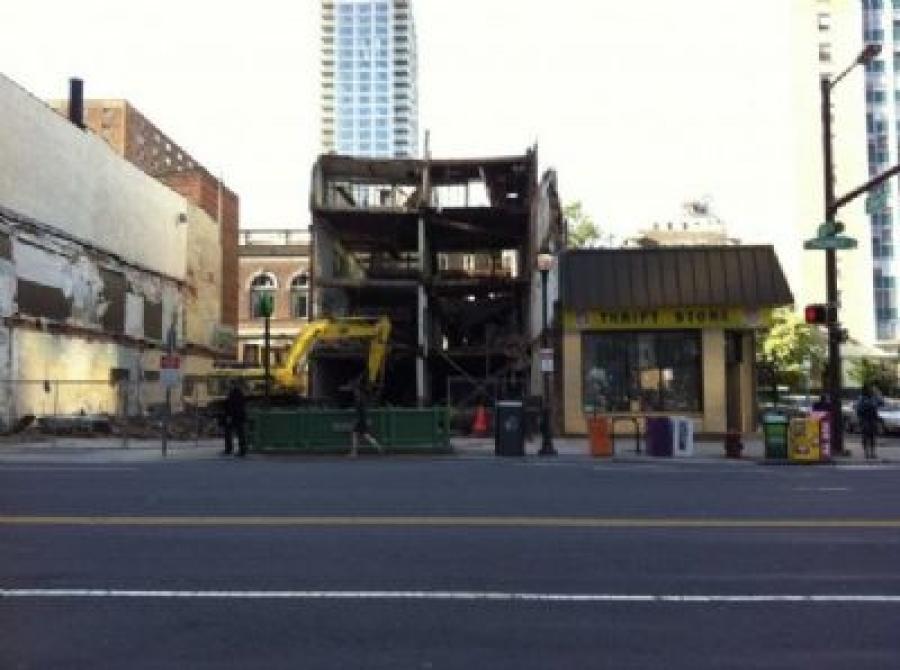 PHILADELPHIA (AP) – A contractor hired at a cut-rate price to take down a building was sentenced Friday to 15 to 30 years in prison for its collapse, which killed six people and injured 13 others, and a second man awaited sentencing.

Judge Glenn Bronson told contractor Griffin Campbell the victims suffered slow, agonizing deaths in a crime that shook the city. He stacked the manslaughter sentences consecutively, saying the jury found Campbell to be criminally reckless and lied to investigators afterward.

A family member shouted an expletive about the sentence as she left the courtroom, prompting the judge to threaten to arrest anyone else who made an outburst.

Sean Benschop was next to be sentenced for involuntary manslaughter and other charges.

Relatives of six people killed in the collapse expressed distress earlier Friday that some people they deem responsible for the deaths have not been punished.

Campbell had been thrilled to get the $112,000 contract and hoped it would be his big break after years running a lunch truck.

"This job meant a lot to me — a lot. I was going to be out of debt, and life was going to be good," said Campbell, 51, a married father of four who did not have insurance for his demolition work.

"When this wall fell, it was like we were in a third world somewhere," said Campbell, who said he had taken down four buildings before, but none as large.

During his trial, Campbell described himself as a scapegoat for the architect overseeing the demolition of a seedy downtown block. He was being paid a fraction of the going rate for the job.

Prosecutors said he cut corners — gutting the building inside instead of taking it down floor by floor — and ignored repeated warnings before a towering brick wall collapsed onto a thrift store, trapping 19 people inside.

Chief homicide prosecutor Jennifer Selber said Campbell rolled the dice "at the expense of all of the victims" and their families, and even his own family, who asked the judge Friday for leniency.

City Treasurer Nancy Winkler called it "disturbing and distressing" that her family will have to go through a second trial in civil court to seek justice for others involved in the building demolition that killed her 24-year-old daughter. Many families are suing building owner Richard Basciano, the Salvation Army and others.

"Grieving for a killed child is an overwhelming experience," Winkler said. "The fact that full justice is not happening at this trial is disturbing and distressing. So now we have to go through more stress ... to try to get some level of justice."

Prosecutors are seeking a 25- to 50-year prison term for Campbell for involuntary manslaughter, aggravated assault and other charges, according to a sentencing memo. A jury cleared him of third-degree murder at a trial.

"Those buildings sat there a long time. They were dangerous," William Hobson, a lawyer who represents Campbell, said Thursday. "To take them down, they hired a guy who basically spent more time running a lunch truck. They were doing it on the cheap."

Benschop pleaded guilty to involuntary manslaughter, but he could get far less time for his trial testimony against Campbell. Benschop said he was using heavy equipment nearby when the wall crashed onto a Salvation Army store, instead of doing the delicate job by hand.

"When I saw the building like that, I should have walked away," Benschop testified, explaining why he pleaded guilty in the case. "I had my family to feed and I had bills to pay."

He faces a maximum 10 to 20 years in prison. Campbell turned down the chance to forge a similar plea.

One survivor lost both legs after spending 13 hours trapped in the rubble. A dozen other people were injured.

The city, meanwhile, has adopted more stringent rules for getting demolition permits.