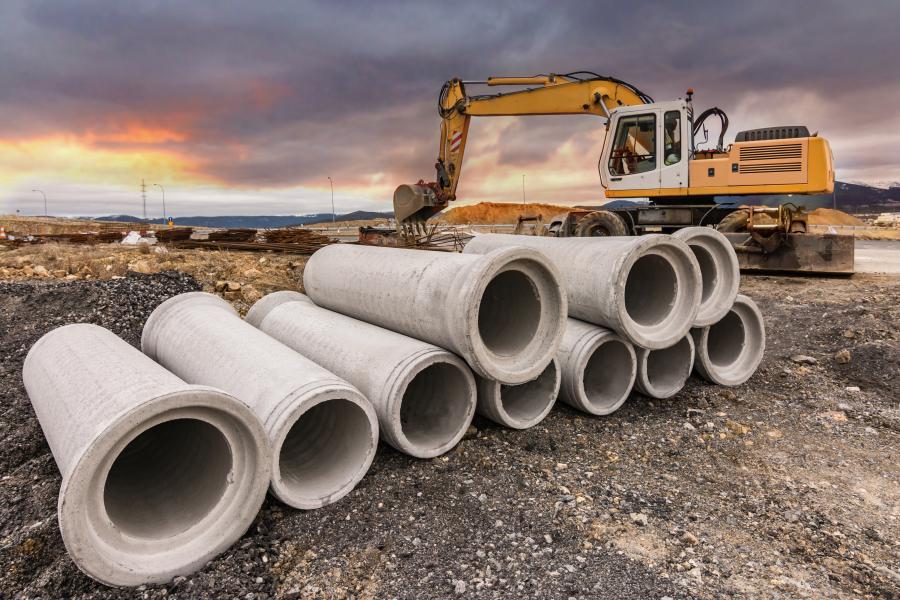 A survey of civil contractors found that many are concerned with the rising costs of construction materials, chiefly lumber, steel, concrete and piping.

The good news: Construction project bottlenecks are loosening, work is ramping up and the industry can start to breathe a general sigh of relief. The bad news: The cost of construction materials is going through the roof.

A spring survey of civil contractors found that nearly three quarters of respondents have felt the impact of fluctuations in material costs on their projects in the past six months.

Even more (76 percent) of those contractors expect cost increases in the next half year, according to the survey by Dodge Data in the latest issue of Civil Quarterly. 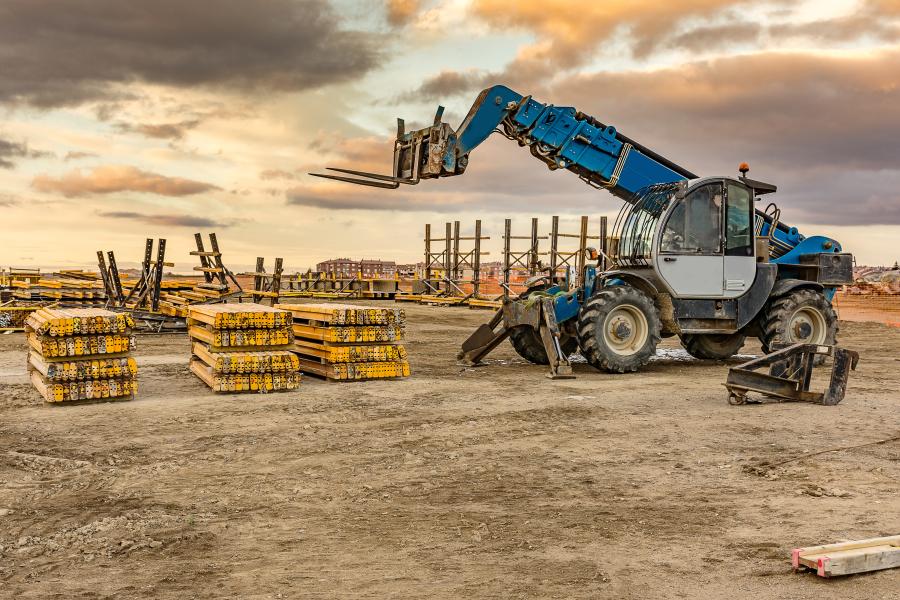 Dodge chalks up the challenges to the pandemic, the reduction in material backlogs over time and disruptions in material production and distribution.

"By far, steel is the material most frequently selected by contractors," Civil Quarterly reported. "Nearly half [45 percent] are highly concerned about the possibility of cost increases for steel."

The price of steel was already high after the Trump administration's 25 percent tariff on foreign shipments. Construction rebirth has sent costs soaring.

The survey found there is also concern about the rising cost of pavement, concrete and aggregates as well as lumber and piping.

The National Association of Home Builders (NAHB), tracking lumber prices, noted a jump from $500 per thousand board feet in October to more than $1,100 per in April.

NAHB reported the average price of a new single-family home to increase by more than $24,000 as a result.

Left in the Dust

According to the Associated General Contractors (AGC), at the pandemic's one-year mark, member construction firms were fighting continued project deferrals and cancellations. This in addition to dramatically rising material costs and supply chain headaches, the association reported in March. 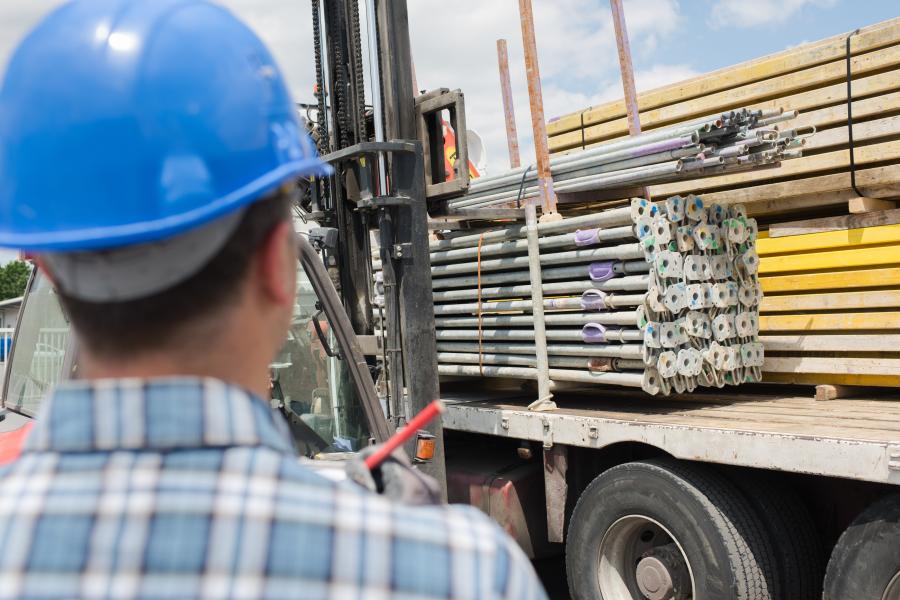 "The survey results make it clear that the construction industry faces challenges that threaten to leave many firms and workers behind," said Ken Simonson, chief economist of AGC. "Even as some parts of the economy are recovering or even thriving, the pandemic has left the supply chain for key construction components in tatters and undermined demand for a host of private-sector projects."

He noted that 93 percent of an association survey's respondents report the pandemic has driven up their costs.

Four out of five are spending more on personal protective equipment, sanitizers and other health-related expenses.

More than half say that projects are taking longer than previously.

"Costs and delayed deliveries of materials, parts and supplies are vexing many contractors," said Simonson.

Nearly 85 percent said costs have increased over the past year, and about three-fourths were experiencing project delays and disruptions.

They blame shortages of materials, equipment or parts, and nine out of 10 cite backlogs and shutdowns at domestic producers and fabricators.

The prevalence of those shortages varies by project type.

Approximately six out of 10 building contractors reported shortages of materials, equipment or parts.

Five out of 10 firms doing utility infrastructure or federal and heavy construction and four out of 10 highway contractors saw shortages.

In contrast, approximately one out of three firms reported any cost savings as a result of the pandemic.

Most of those cited reduced travel costs, while only 5 percent cited new or expanded use of jobsite techniques or technologies.

Half of the firms also blame backlogs or shutdowns at foreign producers for backlogs and disruptions.

More than three-fourths report projects canceled or postponed in the past year.

That includes more than one out of five with a 2021 project that has been canceled or postponed.

Only one-fifth of respondents said they have won new projects or add-ons to existing projects as a result of the pandemic.

Approximately a third of firms said business matches or exceeds year-ago levels, while another third said it will take more than six months to reach that mark.

One-fifth of respondents to AGC's survey said they don't know.

Contractors in the northeast are the most pessimistic, followed by firms in the south, reported AGC.

In the midwest, respondents are split along the same lines as the full survey, while respondents in the west are more optimistic, on balance. 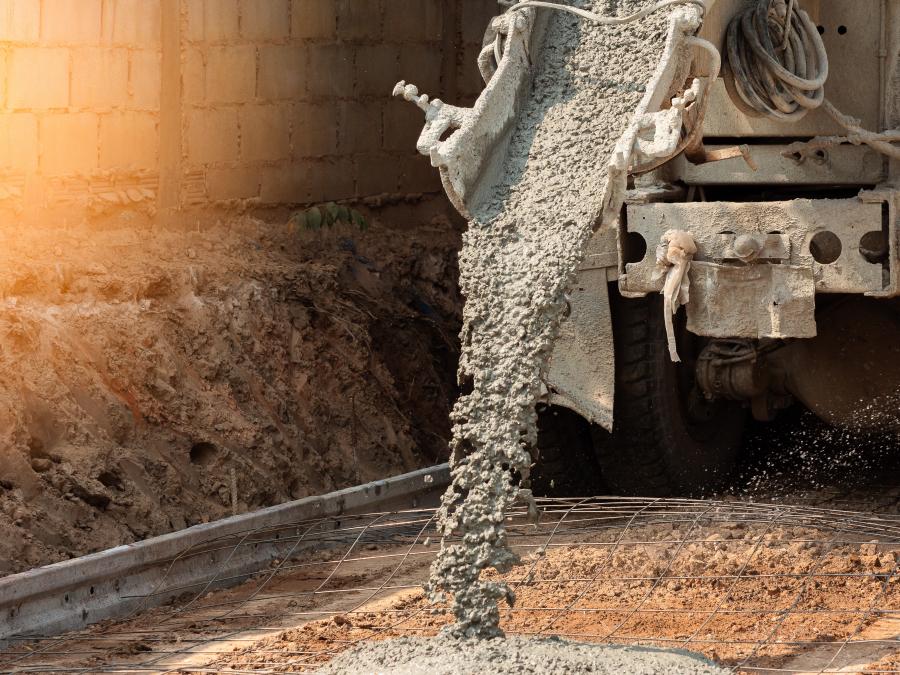 "Contractors from all regions, project types and firm sizes are almost equally bullish about their hiring expectations over the next 12 months," reported AGC.

Roughly three out of five expect to add employees over the coming 12 months.

Only 10 to 15 percent of firms in any category expect to reduce their headcount.

The association reported that a major producer notified customers of a further $50/ton jump in structural steel prices in mid-April.

The producer also posted a $100/ton hike for HHS, pipe, mechanical and piling products the next day, according to the April AGC Data Digest.

That same day, a supplier of fiberglass equipment stated that crippling shortages of raw materials were forcing major suppliers to declare "force majeure."

"An unprecedented leap in the price of goods and supply-chain disruptions are wreaking hardships on contractors and slowing projects," noted the association.

The AGC lobbied the Biden administration to end tariffs and quotas on imported construction materials to ease the domestic supply chain.

Challenges with fast-rising materials costs, lengthening or uncertain delivery times and rationing of key inputs are the issues he cited. "These problems threaten to drive up the cost and completion time for many vital projects and potentially set back the recovery in construction employment."

Simonson noted prices for construction materials and services and contractors' bids dropped at the pandemic's start but diverged in the past year.

A government measure of the selling price for construction goods jumped 3.5 percent from February to March and 12.9 percent since March 2020.

Simonson reported "both the monthly and yearly increases were the highest recorded in the 35-year history of the series." CEG