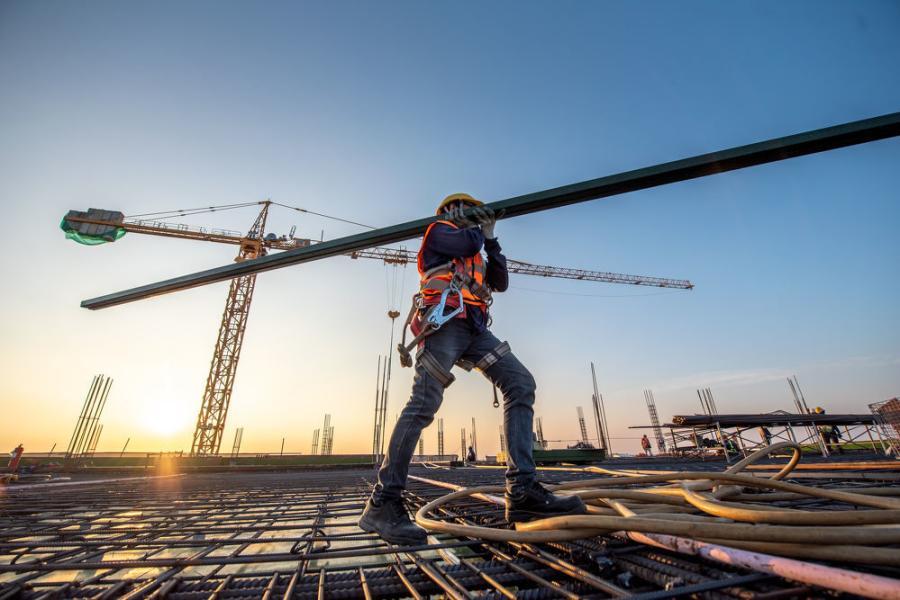 Two big construction industry outlook reports released in early January show promising construction industry stats where workforce is concerned. The supply-chain issues and labor shortages continue, yet respondents to both surveys said they plan to hire and increase staff this year. Contractors across the construction spectrum are encouraged to follow suit.

In its latest construction hiring survey, the AGC found that 74 percent of more than 1,000 member firms plan to add to their payroll in 2022. And three quarters of the civil contractors and engineers who responded to a recent quarterly survey by a Dodge Construction Network partnership are upbeat about their workload this year and plan to hire more workers to meet the need.

The latest issue of the Civil Quarterly (TCQ) detailed survey results that show optimism among civil contractors regarding the construction economy in 2022. Contractors believe worker shortages will still have a major impact, however.

The survey found that approximately half of responding contractors expect revenue and profit margin gains this year. They also strongly believe the workforce pool is strengthened through building enrollment in technical high schools and vocational training programs.

Asked about worker recruitment and retention, the majority of respondents expect a reputation for solid benefits and high pay to carry them through hiring challenges. In fact, they consider high pay their best tool to recruit workers under age 30.

"Contractors are, overall, very optimistic about the outlook for the construction industry in 2022," said Stephen E. Sandherr, CEO of the AGC. "While contractors face challenges this year, most of those will be centered on the need to keep pace with growing demand for construction projects."

Texas' biggest employment gain in December 2021 was the construction industry, according to the Texas Workforce Commission. Construction added 10,400 jobs in December and 3,600 in November, accounting for more than half the job growth in the industry there in the past year. 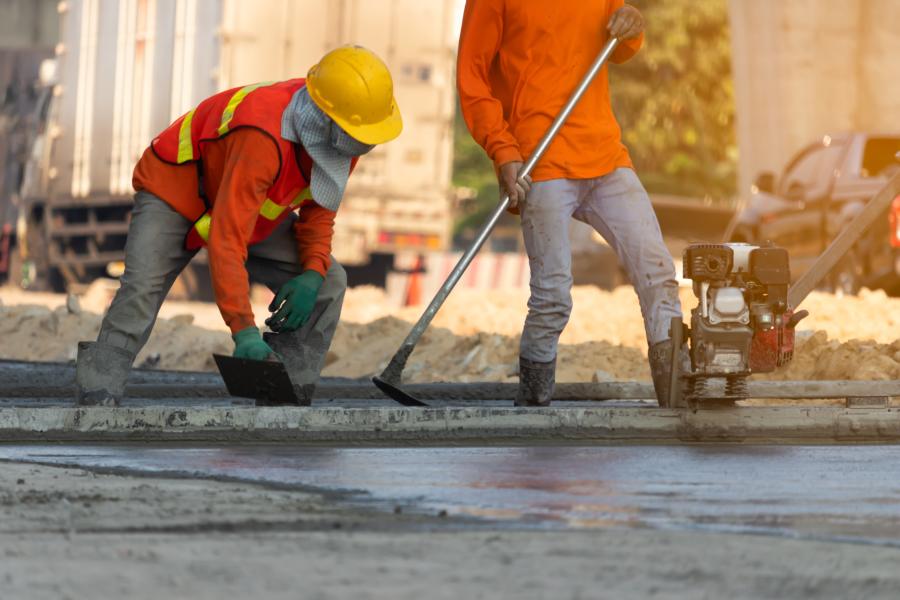 "We are finally seeing the long-hoped-for change in mentality about the industry being a great career choice," Phil Crone, executive director of the Dallas Builders Association, told the Dallas Morning News.

Construction job wages have increased between 7 percent and 10 percent, said Crone. This, despite the fact that record numbers of builders are experiencing labor shortages.

Job gains have been the norm in Texas' mining and logging industries, which includes the oil and gas sector, for a while now. The industry's 32,400-worker gain represents an 18.5 percent increase over the past year, making construction the highest of any sector.

"All the liquefied natural gas plants on the Gulf Coast are running at capacity, and they're building new ones about as fast as they can," said Bruce Bullock, director of the Maguire Energy Institute at Southern Methodist University. "And when the pay gets high enough, people will work."

Expansion Is a Good Thing

In the AGC's 2022 Construction Hiring & Business Outlook, more members indicated they expect 15 of the 17 project categories to expand than contract. According to the organization, contractors are most optimistic about highway and bridge construction, at a 57-percent net reading.

The AGC attributes the upbeat picture in these segments to the Bipartisan Infrastructure bill. Contractors also are happy about demand for federal construction projects and power construction. Those sectors saw net readings of 37 percent and 29 percent, respectively.

The association reports that contractors were encouraged in regard to multifamily residential construction, with a net reading of 32 percent, and manufacturing construction, at 27 percent.

Members were less enthusiastic about public buildings, school construction, higher education facilities and lodging. The AGC reported that only two categories received negative net readings, both of -8 percent. They were retail and private office construction.

"Optimism about growing demand for many types of construction projects is leading many firms to plan to hire workers this year," said the AGC. In fact, 74 percent of respondents expect their firms will expand headcount in 2022. Just 9 percent expect to log a decrease. 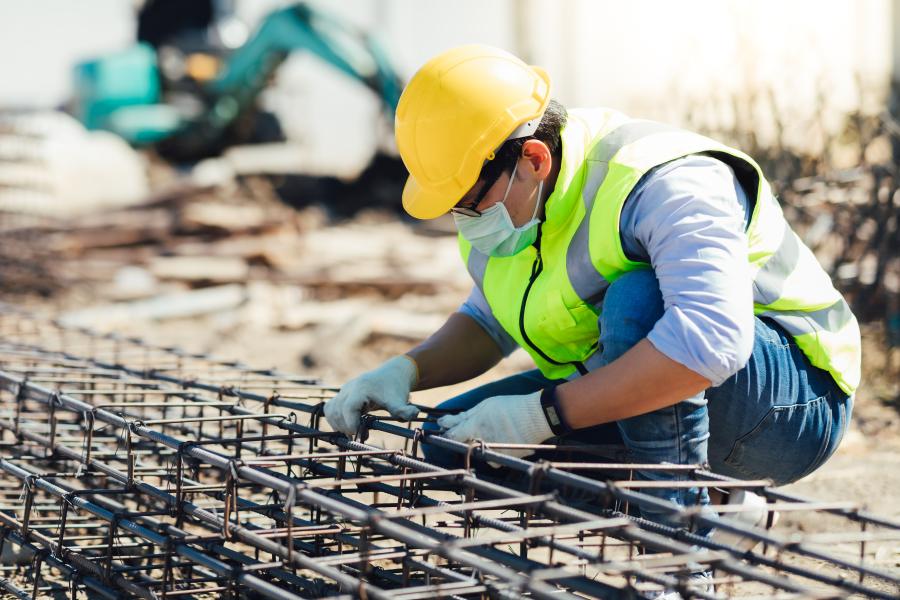 The association sees challenges ahead for those contractors seeking to add staff. Almost all members said they are having a hard time filling some or all salaried or hourly craft positions.

In fact, only 8 percent said they are having no difficulty. And three-fourths of respondents believe recruiting challenges will continue or become more difficult this year.

To compensate for these challenges, 69 percent of members surveyed admitted putting higher prices into bids or contracts, while 44 percent have specified longer completion times.

Supply-chain issues continue to stymie the construction industry. Only 10 percent of the AGC's member firms reported not having had any significant supply chain problems. However, 61 percent have turned to alternative suppliers for materials, while 48 percent have specified alternative materials or products as a solution.

The industry has seen a "significant" number of project delays and cancellations, according to the AGC, which attributes the issues to rising construction costs and slowing schedules. Delayed but rescheduled projects during 2021 were reported by 46 percent of contractors and 32 percent experienced a project postponement or cancellation that was not rescheduled.

"The last two years have become increasingly unpredictable, due in large part to the coronavirus and public officials' varied reactions to it," said Ken Simonson, chief economist of the AGC.

"But assuming current trends hold, 2022 should be a relatively strong year for the construction industry," he added.

"Overall, the industry has recovered slightly more than one million or 92.1 percent of the jobs lost during earlier pandemic stages," said the ABC. Nonresidential specialty trade added 12,900 jobs; heavy and civil engineering added 10,400; and nonresidential building employment increased by 3,700 positions.

"Today's jobs report has economists shaking their heads," said ABC Chief Economist Anirban Basu. "Not because it was an especially terrible report, but because the data are so difficult to interpret."

"Dig a bit deeper, and the labor market appears much tighter and stronger than indicated by the payroll growth number," said Basu, adding that economy-wide unemployment dipped to 3.9 percent as the labor force participation rate remained unchanged.

"While it is true that the construction industry rate of unemployment ticked higher, this is likely because of seasonal factors as opposed to a rush of Americans joining the construction workforce," he added.

And while the data are puzzling in many ways, the implication for contractors is reasonably straightforward, said Basu: "The labor market remains extremely tight going into 2022," he added. 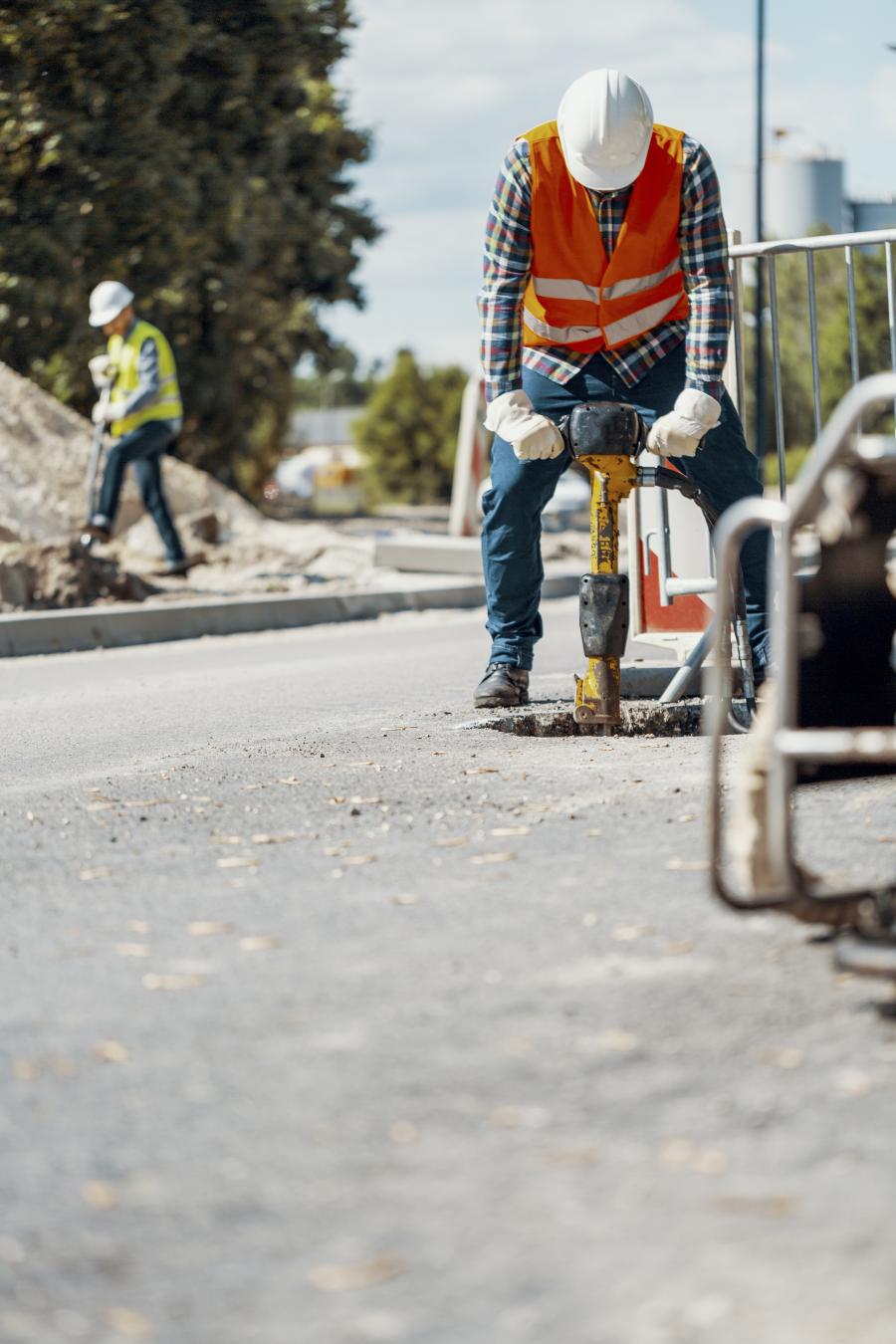 "Contractors will be competing fiercely for talent. They already have been, according to ABC's Construction Confidence Indicator, but that competition will become even more intense as dollars from the infrastructure package flow into the economy."

Basu warned that contractors should expect another year of rapid wage increases in 2022, and concluded "those rising costs, along with others, must be included in bids if margins are to be sustained."

To compensate for a tight industry labor market, the AGC wants public officials to help the industry recover in 2022 and avoid measures that will undermine the sector.

The association maintains that the Biden administration's vaccine mandates will prompt many vaccine-hesitant workers to leave the relatively few employers covered by the orders.

The AGC believes these workers will migrate to smaller firms that are not covered by the rule. This pool of companies employs more than 60 percent of the industry's workforce, according to the association.

"Given how many firms are currently looking to hire, many vaccine-hesitant workers will be able to switch jobs instead of taking a shot they have already resisted for over a year," Sandherr said.

He also pointed to the administration's plans to increase tariffs on Canadian lumber and maintain existing ones on other key construction materials as further hamstringing firms to accurately bid upcoming projects and complete them on schedule.

Sandherr said the association will continue to push for new federal investments in workforce development and make sure Congress keeps its promise to boost funds for infrastructure.

The association also will continue to encourage construction workers to get vaccinated, he said. The AGC is planning to release new Spanish-language public service ads on the subject soon. They follow a series of ads encouraging vaccinations released last year.

"Our ultimate goal is to make sure that contractors' optimistic outlook for 2022 becomes a reality," Sandherr said. CEG