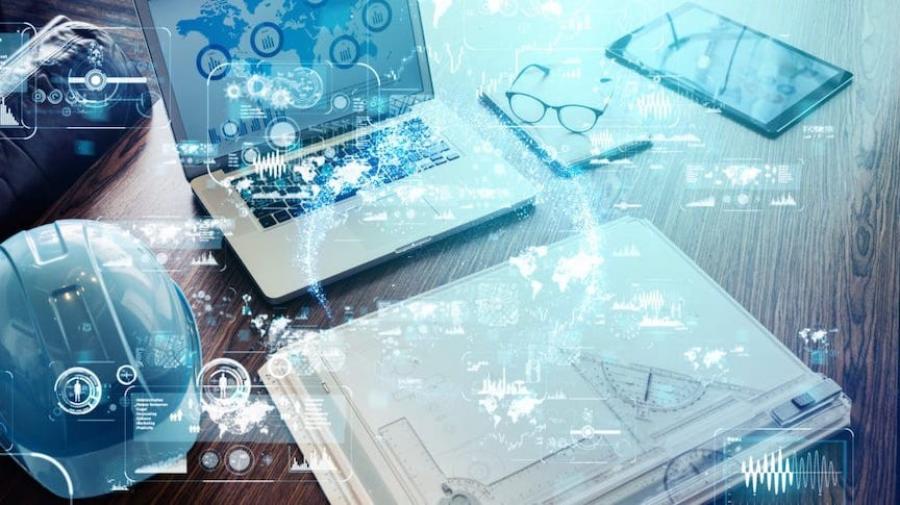 According to industry professional Jeff Sample, technological progress in construction is grounded in a company’s self-awareness.

Any 21st-century discussion of new technology in construction usually is couched in terms of software and hardware, with a tip of the hat to such things as advanced metallurgy and dynamic engineering. Yet at the end of the day, the industry's progress in employing new tech is predicated on such old-time concepts as attitude, initiative and willingness to take risks.

That becomes clear in talking with industry professionals like Jeff Sample, who describes himself as an "industry evangelist." The so-called "Ironman of IT" — a label that alludes to his personal fitness routines as well as his enduring engagement as a proctor of best business practices — said technological progress in construction is grounded in a company's self-awareness.

"Everyone loves to buy software," said Sample, who is head of communications of the Join collaboration software company, "but tech does not solve problems. You must first identify problems, understand the depth of them, before you can find solutions to the problems. You might even have to change a process to apply software solutions."

"First, know thyself" is how an evangelist might put it. "I encourage every construction company to identify its DNA. Everyone is different. There are the leading-edge companies that are always ready to try the latest thing. Then there are the early adaptors who quickly adapt and follow. And then there are companies that are laggards and quite comfortable where they are.

"You need to understand where you are when you choose to try a new software solution," said Sample. "If you are a laggard, I can already guarantee you it won't work."

Brianne Stewart might not disagree with the gist of Sample's assessment. Stewart is a construction technology manager of Milwaukee Tool. She has a degree in mechanical engineering from the University of Iowa and acquainted herself with manufacturing processes at such companies as Proctor & Gamble and John Deere before joining Milwaukee Tool four years ago.

In respect to the progressiveness of construction companies, Stewart understands the position in which construction executives and small contractors find themselves. "There has been so much coverage recently about the construction industry lagging in its embrace of technology," she said. But, she added that some of this reluctance to run with the latest technology offering can be the fault of those who promote the tech.

"Sometimes companies simply come to market with solutions they believe will work instead of first working with contractors and fully understanding what the challenges are on a job site. Even when tech companies come into the construction industry with solutions that are great, their solutions are hard to implement," she said.

Consequently, Stewart doesn't view the industry as unprogressive so much as cautious. "This is a very high financial risk industry, because of profit margins and schedules,"she said. "So, contractors and companies take a very deliberate view of new technology. For them, there's a higher burden of proof needed that a new solution actually will increase productivity, or the quality of work, or safety on a job site. A solution must be proven to be of real value on a job before a company feels comfortable adopting it."

Stewart said her interactive role with construction companies in the course of developing or redeveloping tools has shown her "how involved contractors are getting. My sense is that they are very interested in working with solution providers to help shape technology."

Sample prefers to eschew the whole "Top Five List of New Technologies" approach to looking at the future of technology in construction. Rather, he rolls it all together in the rubric of "industrialization," that is, the need to increasingly manufacture components offsite.

"The industrialization of construction possibly is the most important piece of the industry's future," he said, "and we are not going to industrialize and become more manufacturing-based without great technology and great application of technology."

Talk of construction manufacturing brings to mind modular homes and, perhaps, precast bridges assembled on site, but Sample skews smaller. Think bathrooms. "The easiest one for me to describe is bathroom pods for hospitals. They are all the same. So, when you are building them onsite, you are doing something repeatedly. An alternative is to build the bathrooms in a factory, hook them up and you're done.

"Or the headwalls next to a hospital bed. All the necessary infrastructure for patient outlets — gas lines, electrical, plumbing — are built into those walls. We can prefabricate them. So, when you are building a hospital, prefabricating those walls and bathroom pods are one way to speed up construction, increase availability, and reduce costs. 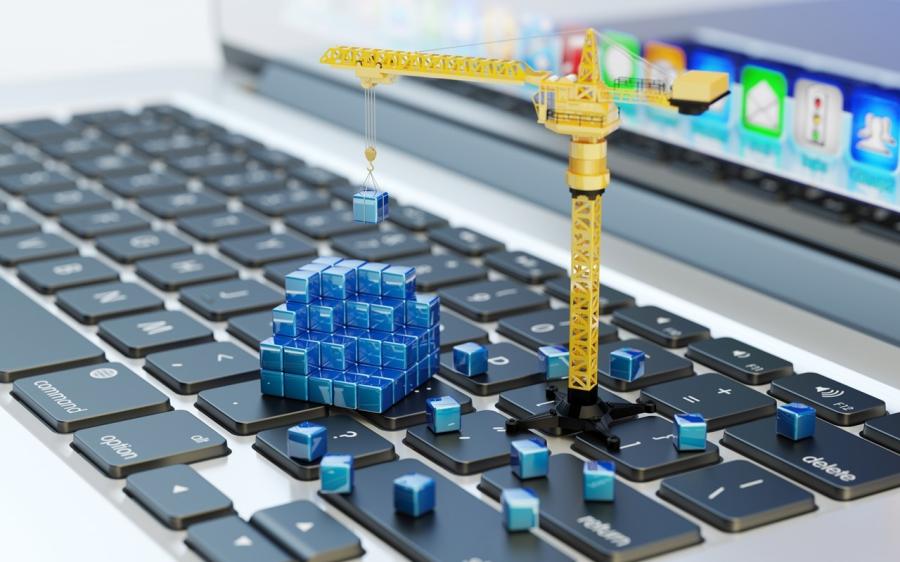 "That's industrialization of construction. You are never going to build everything in a factory and ship it to a site. What we are talking about is much smaller than what people commonly think about. You have to think smaller. Not every job is going to use off-site manufacturing, but it should be part of the mix."

Stewart's team at Milwaukee Tool looks at equipment with an eye toward helping contractors adopt advanced technologies. "Power tools are part of the technology ecosystem, a very powerful part of the system," she said. "We are the point where people and materials come together. And the technology of the power tool industry evolves as well."

Stewart added, "In addition to the improved technology of tools and batteries, the company has become a full-solution provider, offering supportive solutions such as digital offerings and safety integration and storage. These all augment the business. Sometimes the way an overall platform of a tool and the way it integrates with other tools and materials is more important than the individual product. Integration of a platform supports better project management."

Perhaps the tool technology that has evolved most significantly in recent years is safety controls, she said, citing remote operation of such tools as cable-cutters. These features "remove people from the danger zone" through use of new technology.

Another example is the company's MX FUEL system of battery-powered light equipment. The Wisconsin-manufacturer launched the brand new battery system platform to open the way for non-gasoline-powering of larger hand tools such as breakers and cut-off saws. Stewart says the lineup of equipment powered by MX FUEL will continue to grow as the concept is integrated with other technologies.

Sample evangelizes about industrialization and adaptation because there is no other choice. "We are going to manufacture a considerable amount of the buildings we produce because we have to. We don't have the skilled labor to do it otherwise. We don't have the bodies to throw at it. We aren't China or India. We need to learn how to industrialize."

He credits such commercial offerings as ProCore project management software and Autodesk computer-aided design software with being "foundational" to the industry's future. "They nailed it. They drove stakes in the ground declaring, we shall never go back. We shall forever do it this way."

Sample calls building information modeling, or BIM, the core of industrialization. "Mixed reality in design, augmented reality, virtual reality, they do not exist without BIM. We can make corrections easier on the design page in the office, then take those models and overlay them over the site. This becomes powerful."

He believes the industry is at "the dawn of the data age," noting that BIM is data-based "and it is going to fuel machine-learning, deep learning and AI where you teach a machine how to identify and do things. This is the future. We've been gathering all this data and now we are going out and doing things with it. If you are a construction or equipment business leader, data is your goldmine."

Or not, as the case may be. Some construction companies will, for good reason or bad, elect to operate without tapping into their data bank. Sample acknowledges that the future is what a company makes it.

"There are a ton of construction companies over a hundred years old, building from generation to generation," he says. "If you run one of those companies and you think you can standpat and hold out against change, you are slowing dying off. All of your equity is being lost and you aren't going to have anything to pass off to the next generation. If you are willing to kill the company, fine. Standpat."

However, if a company owner is willing to adapt, the firm can endure for another generation. "One time an owner of a third-generation construction company came up to me and thanked me for what he said was a ‘wake-up call.' For the fact is, tech is going to be a core part of the construction business forever. Eventually you won't say you are in construction, but that you are in tech and do construction."

Stewart sees new technology becoming less of a generational marker than it has sometimes been in the past. "All generations are more tech savvy now. It is not a great leap any more for people of just about any age to use an i-Phone on job sites."

Besides, she notes, predictions of contractors turning their backs on electronic devices and computerization have not always been borne out. "I remember when people were adamant that operators of heavy construction equipment would never use a touch screen. They would never accept it." Things didn't pan out that way.

Never say never. A forward-looking contractor might surprise you. CEG