Contractors Work to Restore 180-Year-Old Home in Ala.

Contractors are working around the clock at Tuscaloosa’s historic Drish House to overhaul and renovate its interior in time for a wedding scheduled there May 7. 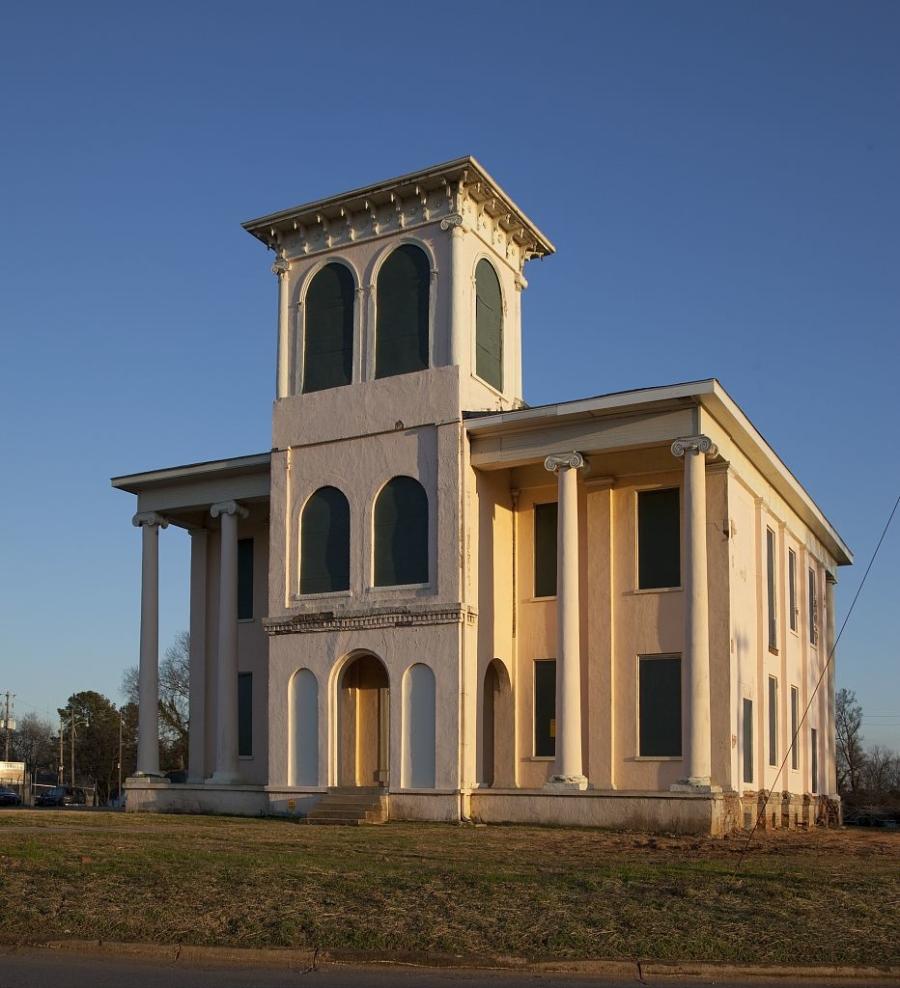 Contractors are working around the clock at Tuscaloosa’s historic Drish House to overhaul and renovate its interior in time for a wedding scheduled there May 7.

TUSCALOOSA, Ala. (AP) Contractors are working around the clock at Tuscaloosa's historic Drish House to overhaul and renovate its interior in time for a wedding scheduled there May 7. If everything goes according to plan, the marriage will mark the 180-year-old building's official reincarnation as an events venue.

The house was built in 1837 and was originally the private residence of Dr. John Drish. Since then, it has served as a public school, an auto parts store and the sanctuary of a Baptist church. It has been famously shot by two celebrated American art photographers and remains the subject of several of Tuscaloosa's most repeated ghost stories. It was nearly demolished in 2007, sold to Nika McCool in 2014 and added to the National Registry of Historic Places in 2015.

Now, after extensive renovations inside and out, the Drish House is set to soon open its doors to the public once more.

McCool, a Mountain Brook resident who owns and operates Past Horizons LLC, said she bought the vacant building from the Tuscaloosa County Preservation Society in 2014 after Southside Baptist Church deeded the property to the society instead of demolishing the antebellum house in 2007.

She partnered with builder and renovator Jeffery Harless and Vikki Grodner, a marketing and events coordinator who also is a certified interior designer. The trio is working feverishly to finish the restoration of the Drish House in the next two months.

There's a lot of work to be done. McCool and Harless have contractors knocking down walls, pulling up floors, adding the building's first indoor plumbing and more. The project also faces a number of challenges, including exact guidelines from the U.S. Department of the Interior for renovating historic buildings, city codes requiring modern safety features and the pressure of a May deadline.

“Generally in construction, there's a process — you get an HVAC man in, then you get a plumber, then an electrician. On this house, everyone's got to work together, to be on top of each other,' Harless said. “That can be done, you just have to have people willing to work together, because everyone's got the same goal in the end: to have the house open, to do a good job, to be proud of what we do here.'

In spite of the obstacles they face, McCool, Harless and Grodner aim to preserve as much of the house's history as possible. The original trim around doors and windows will remain, as will much of the original plaster and masonry and even a baptismal dug by the church into the first floor parlor.

Where possible, parts of the home that can't be renovated are being repurposed and kept in the building. Grodner said some of the house's doors are being converted into tables. An antique piano will be lined with metal and turned into a drink cooler. Scraps of hardwood and other salvaged material will be made into vanities for the venue's bathrooms.

“Our goal is to do as many things as we can to maintain historical integrity while still creating a modern venue,' Grodner said.

McCool echoed the need to modernize not only the Drish House itself, but also its function in the community.

Renovation projects “can't all be museums if you want to save more than one per town,' she said. “We have to find a place for them in the modern economy, in the modern world.'

McCool and Grodner envision the house becoming one of the city's premiere event venues and already have plans to use the space for weddings, art exhibit openings and “Drish-branded' events, such as as Drish After Dark, a charity ball planned for this Halloween.

For now, Grodner said the venue is easiest to “sell' to clients with an appreciation for its history and the imagination to picture what's to come.

“To come into a place like this, as it is now, you have to have the vision. For people who do, who love this sort of feel, this venue is easy to book,' she said. “For others, they've come and they've looked at it and said, `Man, we love this but we need to come back in a month or two.'