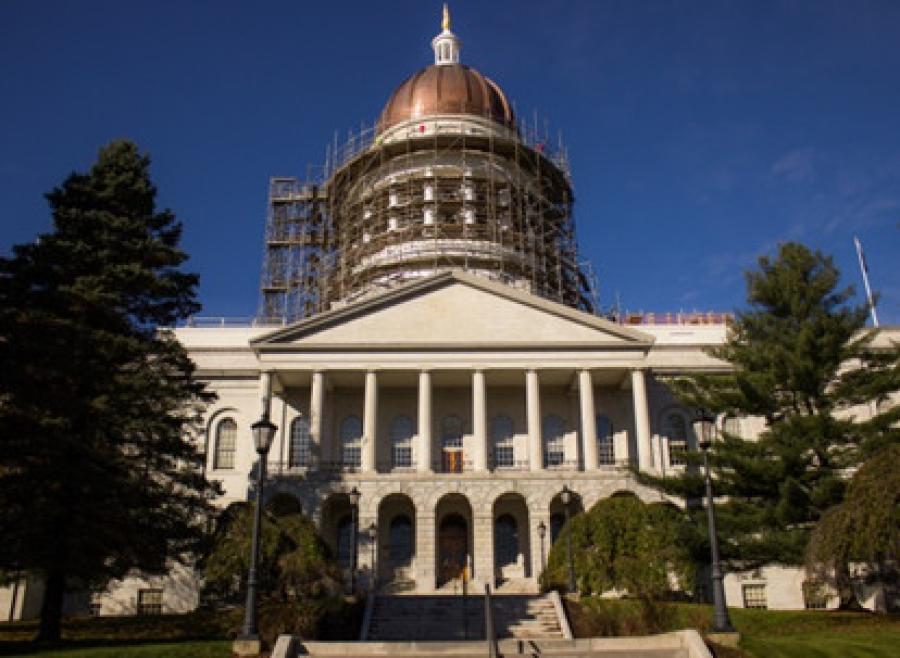 Lawmakers returned facing bonds, tax code reform, LePage's proposal to roll back the voter-approved minimum wage law and a stalemate on the release of funds for publicly financed candidates. Lawmakers began possibly tapping into $141 million in unappropriated surplus funds by passing more than $100 million in spending including voter-approved Medicaid expansion.

“We should have a foot on the gas pedal, not taking it off,” said CPM Constructors president Paul Koziell. He said it's “frustrating” as a business owner to have spent the weekend trying to figure out why the governor did not authorize the bond sale as expected, and what the governor will do to make sure the government pays its bills.

By that afternoon, the confusion appeared to dissipate. Maine Department of Transportation spokesman Ted Talbot confirmed that the agency has enough cash to keep making timely payments to contractors for at least five weeks.

That means, he said, it appears the state can sell the bonds later.

Senate Republican President Mike Thibodeau said the governor seemed interested in selling bonds, and that lawmakers also could consider legislation to give Hayes some authority to release certain bonds herself. House Republican Leader Ken Fredette, meanwhile, said he hopes the bonds will instead be sold in July.

“The governor wanted to wait until the end of the session, preferably until Veto Day to determine how much excessive spending the Legislature was seeking before going out for the bonds,” Steele said, referring to the day when lawmakers consider the governor's vetoes.

Hayes provided a June 1 memo initialed by LePage detailing bond offerings planned. The bonds that are held up include $8 million for port, harbor and marine transport upgrades; $25 million for commercialization and research and development; and $80 million for in-progress highway and bridge projects.

Hayes said the governor asked Hayes to delay the bond offerings until the Legislature finished its work. But Hayes said she could only give LePage an extra 24 hours to formally sign the bonds.

Hayes warned that LePage's tactics means it could cost taxpayers more to sell the bonds later due to rising interest rates and the uncertainty. Hayes said her office began returning money deposits from interested bidders.

“How stable is the Maine state government if we can't follow through on our purchase and sale agreement?” she asked.