Until construction began on NMUSA, the Army was the only branch of the military without a national museum. 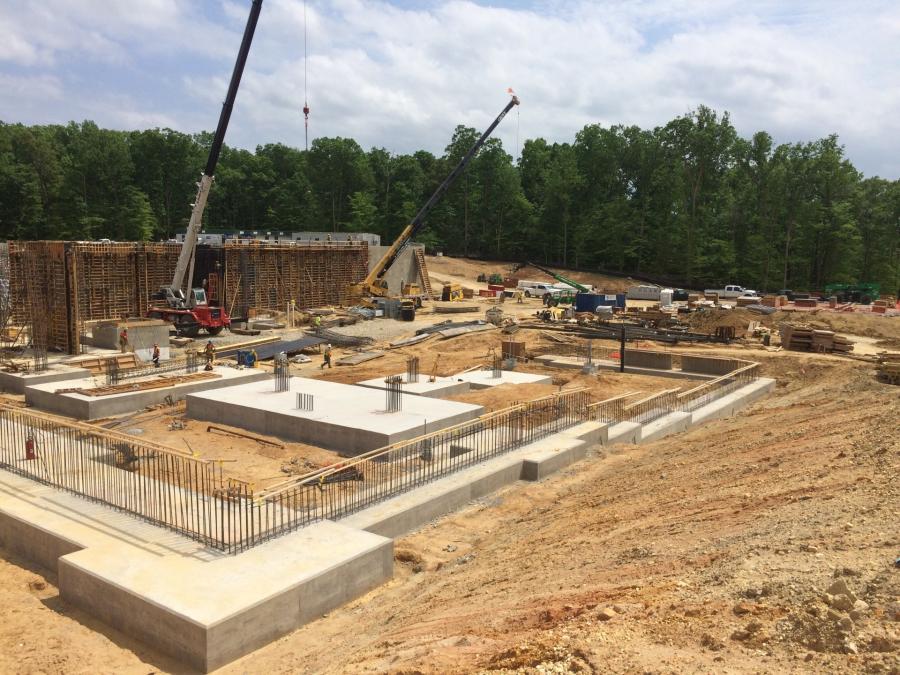 The National Museum of the United States Army (NMUSA) is currently being built in Fort Belvoir, Va., within 30 minutes of Washington, D.C.

The National Museum of the United States Army (NMUSA) is currently being built in Fort Belvoir, Va., within 30 minutes of Washington, D.C. At present, the Army is the only branch of the military without a national museum.

According to the museum's website, it “will serve as the capstone of the Army Museum Enterprise and provide the only comprehensive portrayal of Army history and traditions. The National Army Museum will celebrate the selfless service and sacrifice of [more than] 30 million men and women who have worn the Army uniform since 1775. The Museum will be a technological marvel incorporating the latest advances in museum exhibits while providing advanced educational opportunities that will capture the attention of visitors old and young. As the Army's national landmark, the Museum will honor United States Soldiers — past, present, and future — and provide an interactive educational experience explaining the Army's role in creating and defending our nation, as well as the Army's social initiatives and contributions for more than 240 years.”

The main building of the museum will be approximately 186,000 sq. ft., and will display selections from thousands of pieces from the Army Art Collection as well as the Army's collection of artifacts, documents and images. The museum also will reportedly feature an Experiential Learning Center and host a variety of outdoor experiences.

The prime contractor is Clark Construction LLC. The project executive is Abe Vogel, and the project manager is Charles Clatterbuck.

The Army is providing the infrastructure and roads for the museum through a United States Army Corps of Engineers (USACE) administered contract with Shirley Construction. The Army also is responsible for designing, fabricating and installing the exhibits and the Army theater in the museum.

According to Fabian, the main challenge with the project is integrating all of the museum work into one coordinated master schedule with interrelated dependencies.

“There are four Macro Exhibits — WWI French Tank, Bradley Fighting Vehicle, Sherman Tank, and LCVP [Landing Craft, Vehicle, Personnel] — that are so big they need to be installed first, then the building will be constructed around,” he said.

Fabian noted that the museum will be one National Museum of the United States Army for the entire Army across its history, Active Army, National Guard and Army Reserves.

The NMUSA project office was designed by the Army to oversee the design and construction of the Museum. The Army Historical Foundation was reportedly designated as the official fundraising entity for the National Museum of the United States Army. The website states that this unique partnership will continue when the Museum opens — the U.S. Army will operate and maintain the Museum and The Army Historical Foundation will be responsible for all Museum related revenue-generating operations. The Museum anticipates approximately 750,000 visitors annually.

The Army Historical Foundation has a purpose of educating future Americans to fully appreciate the sacrifices that generations of Soldiers have made to safeguard the freedoms of the United States. The Foundation is not a governmental agency, but is a non-profit organization that depends on funds from memberships, donations, and grants for support.

According to the website, NMUSA exhibits, interactive experiences and educational content has been in development since 2008. When the more than 60,000 sq. ft. main gallery is complete, it will house more than 1,500 artifacts dating from Colonial times to the present day and welcome an estimated one million visitors per year.

Clark Construction also built the National Museum of African American History and Culture and is currently building The Museum of the Bible.

According to reports, top donors for the NMUSA project include Boeing, General Dynamics, and Lockheed Martin, each of which contributed more than $50,000.

“I'm proud to say that three years from now, the Army will finally have its long overdue national museum,” said retired Gen. Gordon Sullivan, chairman of the Army Historical Foundation, during the museum's groundbreaking ceremony. “The history of an institution as old as our nation, and celebrating the service of [more than] 30 million men and women who have worn the uniform of the United States Army, requires a unique national, educational destination. Army history is American history. A great army deserves a great museum, and, truly, this museum is going to be a very, very special landmark.”—CEG