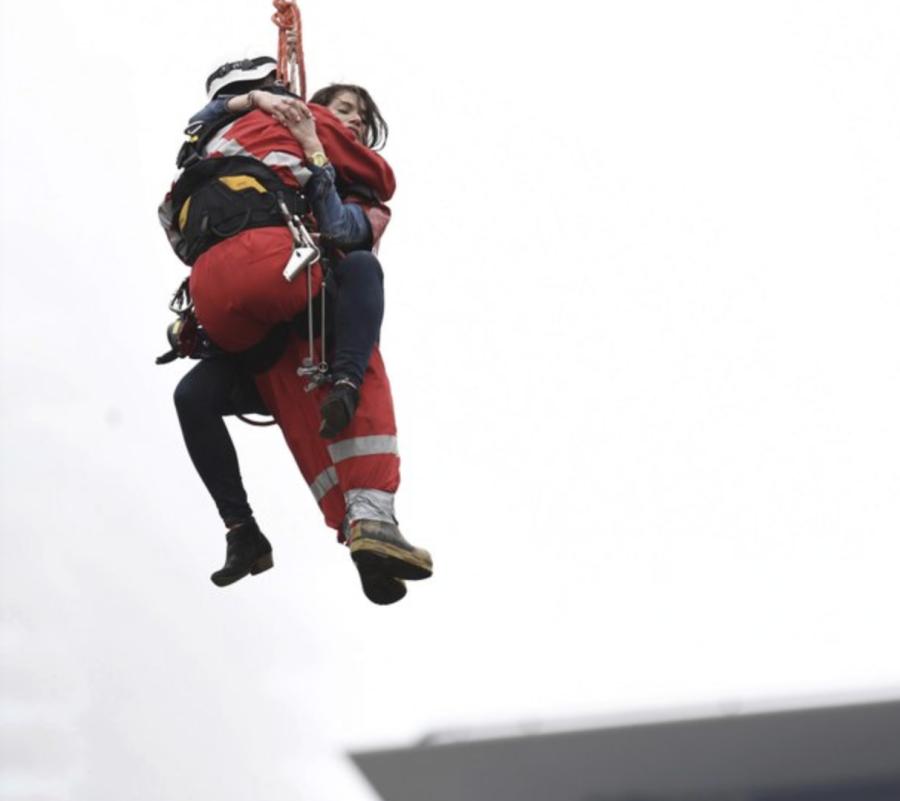 A woman stuck on the top part of a construction crane in downtown Toronto for hours has been rescued after being strapped to a rappelling firefighter and lowered to the ground.

The woman had been perched on a gently swaying large pulley device for at least four hours and was clinging to a steel cable when a rescuer reached her.

Toronto Fire Chief Matthew Pegg said Wednesday that his crew had never seen an incident like this before.

Fire crews say there was no immediate indication of why the woman climbed onto the crane.

They believe she climbed up the crane, crawled out to the end of it, and slid down a cable to the large pulley device.

Toronto police said the woman is facing a mischief charge.