The city has issued permits for about $35 billion worth of both residential and commercial construction in the past year. 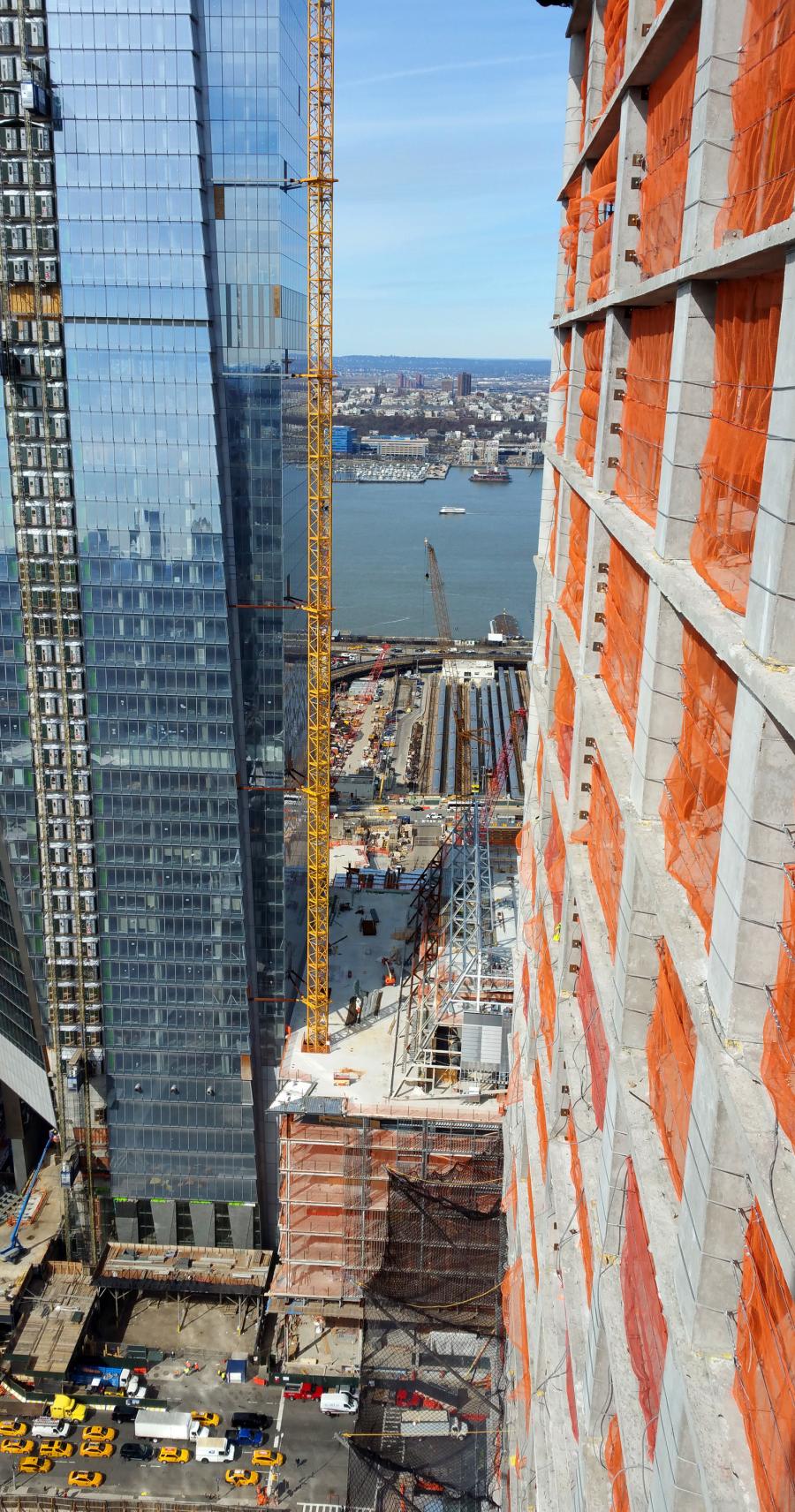 AP photo Hoisting loads is a matter of trust. From the sky, the men on the ground look like ants, preparing loads the operator hoists skyward on a cable but cannot always see.

Each morning before dawn, he rides an elevator more than 50 stories up the side of a skyscraper growing on Manhattan's West Side. Then, he steps out onto a narrow walkway with a drop-dead view of the city below and mounts some spiral steps into the glass control cab of a tower crane.

There, he's alone, in silence.

From high in the sky, he can see the sun light up Manhattan all the way to the harbor and the Statue of Liberty. He wraps his fingers around two joysticks to bring the crane alive.

Gambardella, 49, is at the helm of one of the giant tower cranes sprouting across the city, a prime force in a building boom that is changing New York's skyline. It can be dangerous work _-

“Is it a thrill? I love it. I love it. I absolutely love it,” he says after climbing from the translucent fishbowl of his control cab, atop what will be a 65-story apartment tower. &#8220But you need to have a little more nerve than the average human being, and be a little crazy.”

New York is enjoying a construction bonanza following a recession that choked new investment for years. The city has issued permits for about $35 billion worth of both residential and commercial construction in the past year.