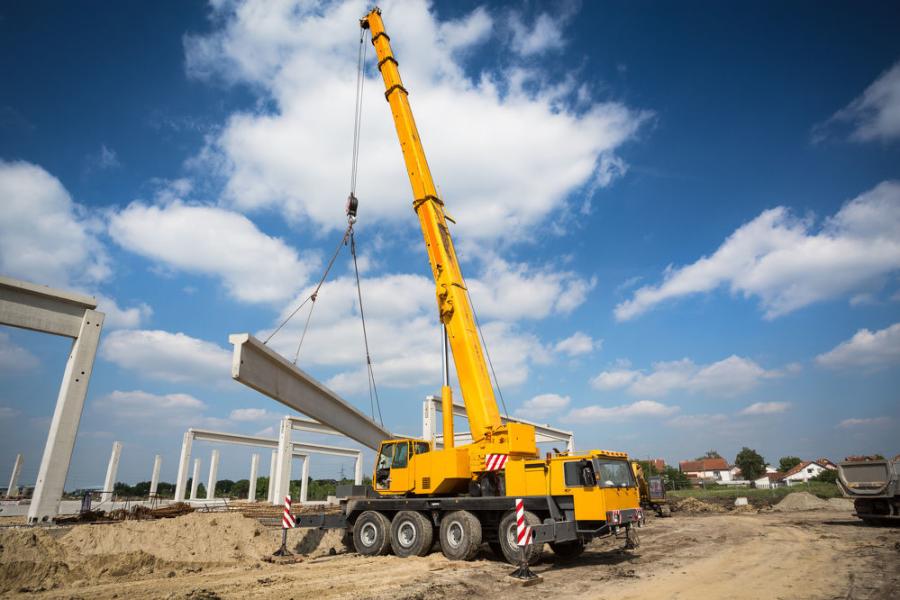 A contractor has to determine the type of operation or activity and the applicable rule or standard on a case-by-case basis.

The list of rules and regulations governing lifting and rigging procedures is long and varied.

The applicable guidance depends on the type of lift and whether it's being performed as part of a construction, general industry or military project. Often, the lifting job will be dictated by more than one regulation.

OSHA law often incorporates ASME standards and is the best place to start for crane and rigging rules.

Kime wrote about determining appropriate crane and rigging rules and regulations, and talked through applicable standards in a CICB video series.

In its rule, 29CFR1926.32 (g), OSHA defines ‘construction work' as work for construction, alteration, and/or repair, including painting and decorating.

"Throughout the OSHA rules, there is not a crystal clear definition for ‘maintenance,' nor a clear distinction between terms such as ‘maintenance,' ‘repair,' or ‘refurbishment,'" wrote Kime.

"‘Maintenance activities can be defined as making or keeping a structure, fixture or foundation (substrates) in proper condition in a routine, scheduled or anticipated fashion.'

"This definition implies ‘keeping equipment working in its existing state, i.e., preventing its failure or decline.'"

However, per OSHA, a contractor must determine whether he or she is engaged in maintenance operations or construction activities on a case-by-case basis, with all the information available.

"Construction work is also not limited to new construction, but can include the repair of existing facilities or the replacement of structures and their components," reads the OSHA rule.

For example, the replacement of one utility pole with a new, identical pole would be maintenance; however, if it were replaced with an improved pole or equipment, it would be considered construction, according to the agency.

"In addition, the scale and complexity of the project are relevant. This takes into consideration concepts such as the amount of time and material required to complete the job," said Kime.

If a steel beam in a building had deteriorated and was to be replaced by a new, but identical beam, the project would be considered a construction repair rather than maintenance because of the replacement project's scale and complexity.

Also, if a bridge was to be stripped and re-painted, that would be considered construction work even if the repainting were done on a scheduled basis.

Replacement of a section of limestone cladding on a building, though not necessarily a large project in terms of scale, would typically be considered construction because it is a complex task in view of the steps involved and tools and equipment needed to do the work.

"Simply adding a mobile crane to maintenance work could raise the level of work to the scope of construction," according to Kime.

"The interpretation provided by OSHA shows that it does not matter who uses the crane or where the crane is being used; if the crane is performing work that could be classified as construction, then the construction standards apply."

When an activity cannot be easily classified as construction or maintenance the "more protective" 1910 or 1926 standard should be applied depending on the hazard.

In such cases, the citation should be issued in the alternative with the emphasis on the more protective standard, according to the agency.

Kime said that CICB recommends all crane operators be trained and qualified/certified to the new Crane and Derrick Standard.

OSHA's standards set the bar for the minimum in safety. When it comes to safety, more can and often should be done, said Michael Rubin of the law firm Goldberg Segalla, Buffalo, N.Y.

"This begs the question: What ‘more' can be done? Ask 10 different safety professionals and you may get 10 different answers — all of which could be right," wrote Rubin in a blog on the ASME B30 volumes.

"The general consensus, however, is that a comprehensive health and safety system is needed — complete with management commitment, employee participation, worksite analysis, hazard prevention and control and training — all with a focus on continuous improvement."

However, he pointed out, there is something else, even more basic and immediately accessible, that could help.

ASME is recognized as a "leading international developer of codes and standards associated with the art, science and practice of mechanical engineering."

A not-for-profit membership organization, ASME has issued standards bearing upon multiple different industries, including — since 1924 — the crane industry with the B30 volumes.

"Anyone operating in the crane industry — including crane rental companies and contractors — will immediately enhance their safety performance by following the guidance and directives set forth in the B30 standards," said Rubin.

And for good reason, he continued: The B30 standards have been developed and updated over the years by committees of subject matter experts, who have a deep level of expertise, commitment and knowledge in the industry.

"As a result, to the extent one may be willing to venture beyond OSHA, relying upon those experts dedicated to the particular construction industry is worthwhile."

Consensus standards, such as B30 are often used as a shield, especially in personal injury lawsuits, said Rubin.

"The fact that a crane company deviated from a particular B30 standard may play a critical part in tipping the scales (and the crane) against the company."

On the other hand, he noted, a contractor's defenses will be considerably strengthened if the alleged conduct conformed to a B30 standard.

"The same is generally true in the context of an OSHA enforcement action — OSHA will have difficulty finding fault with conduct consistent with what the industry's leading experts endorse."

Rubin believes that a contractor can enhance his or her safety performance in a particular industry by referring to the guidance provided by the industry experts.

"Partnering with an insurance provider, insurance agent and legal counsel who fully understand your industry — including the applicable "regulations and standards" — is another important way to improve your operations and overall risk management efforts," he said.

ASME B30 is identified as the "Safety Standard for Cableways, Cranes, Derricks, Hoists, Hooks, Jacks, and Slings."

As Close explained, every couple of years, the B30 Committee reviews, revises and amends their existing standards and releases a new edition.

The committee revises the standards based on numerous considerations, including technological advances, new data, changing environment and industry needs.

"Today, ASME B30 exists as a suite of American National Standards with 30 unique volumes related to the design, installation, operation, inspection and maintenance of different types of equipment utilized in construction processes."

The guidelines set forth by the experts on the B30 committee and subcommittees can help employers, manufacturers, end-users and contractors keep themselves out of harm's way and improve the safety performance and compliance of lifting and rigging equipment.

Here is a sample of the B30 volumes that apply to construction lifting and rigging:

"While all 30 volumes of the B30 Safety Standard may not apply to the equipment you use, or the job you perform, there's a good chance that several standards will apply to the design, construction, use, inspection, and maintenance of equipment that you are using," said Close. CQ