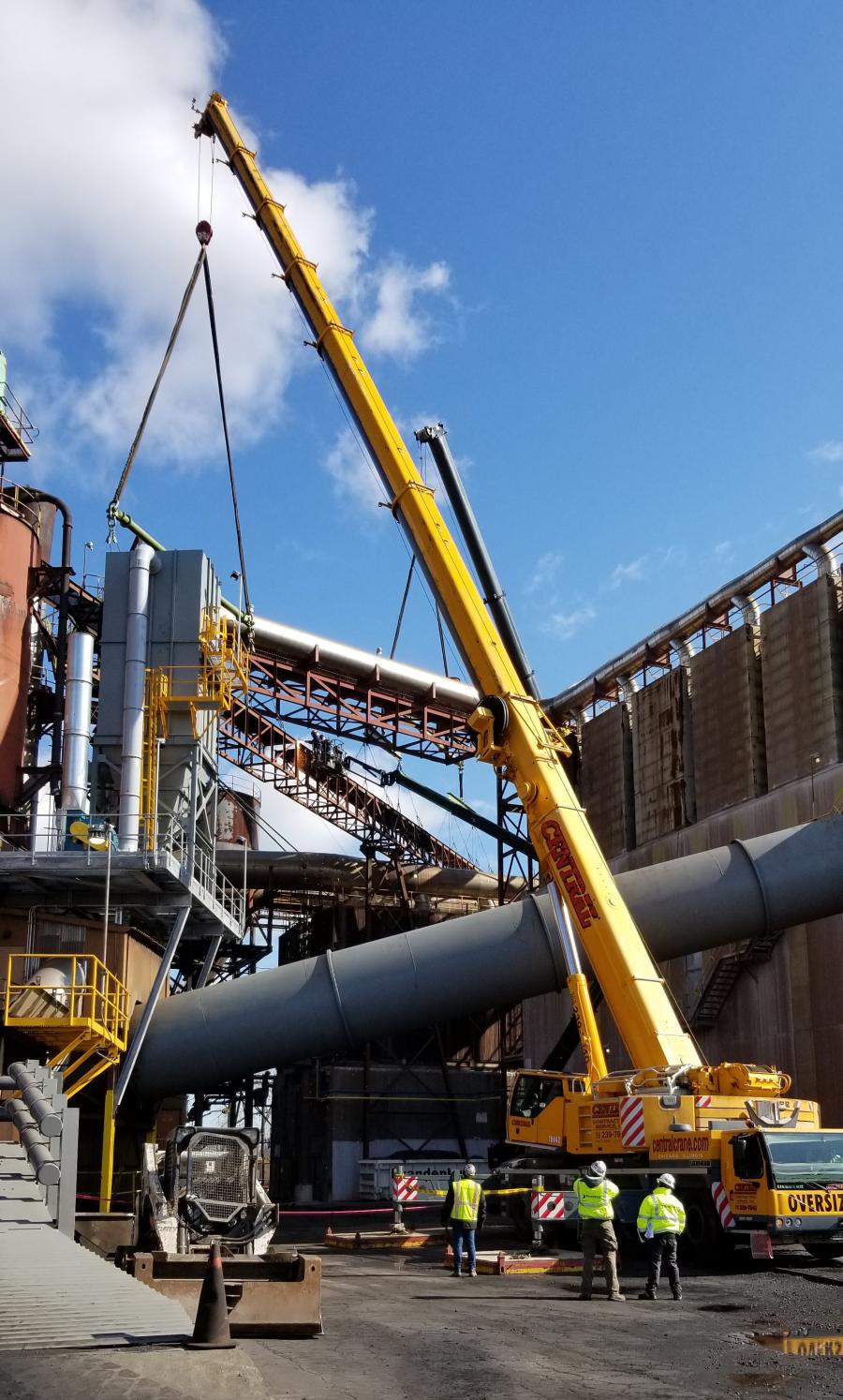 To upgrade the processing line at a Chicago-area metals-handling plant, a truss bridge supporting a conveyor needed to be removed to make way for its eventual replacement. The conveyor feeds a kiln where material is heated to remove impurities.

Brandenburg Industrial Services was in charge of demolition, contracting with Dearborn Engineers & Constructors to perform site analysis and Central Contractors Service, a member of the ALL Family of Companies, to provide cranes for the bridge removal. 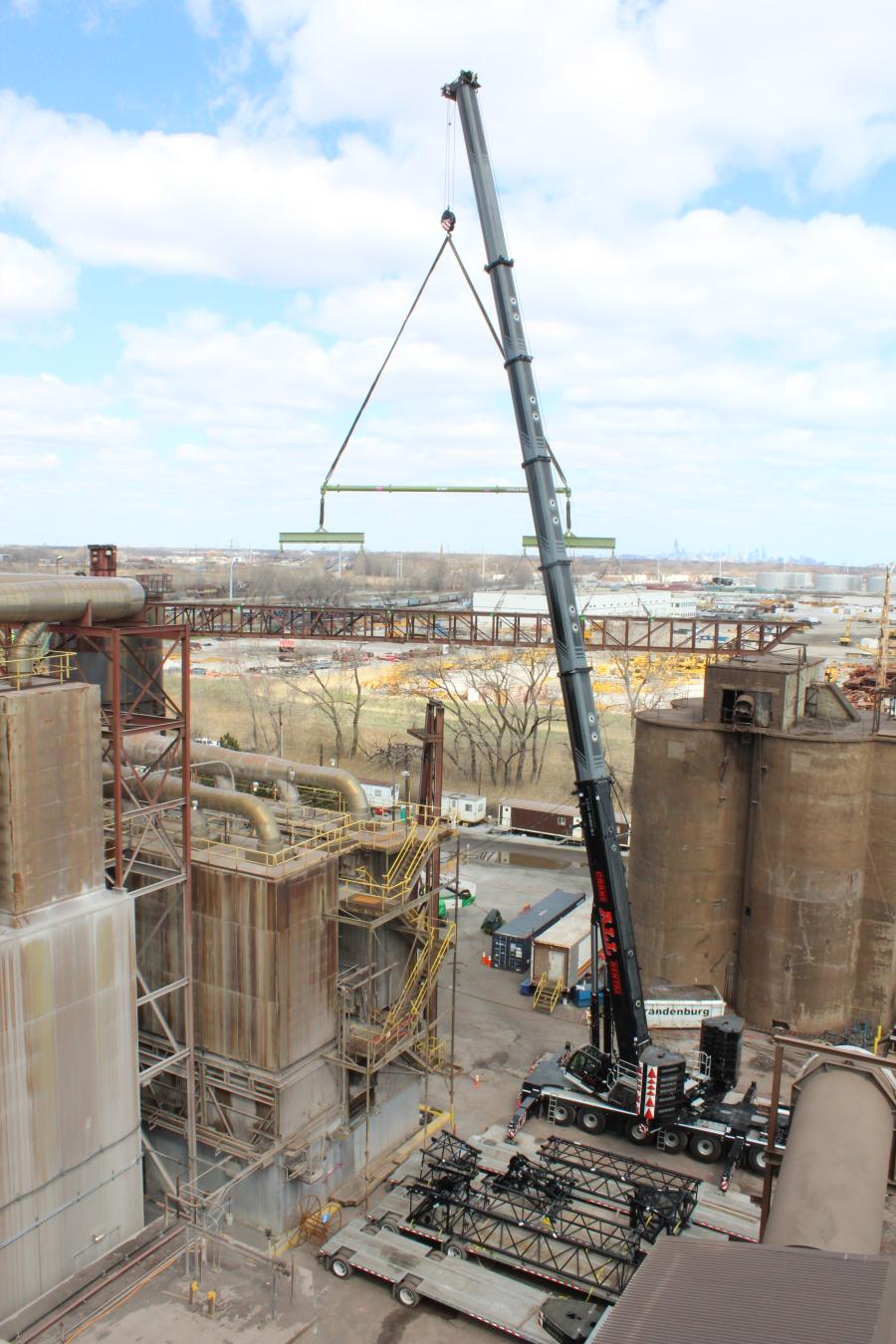 Because of the bridge's location and anchoring, project leaders determined that the cranes would need to support the full weight of the bridge first, hold it as it was cut free from its anchor points, and then suspend it in air as it was cut into two pieces before finally being set on the ground.

"The bridge was supported at three points," said Mike Walsh, president of Dearborn Engineers & Constructors. "So without this approach, no matter where we cut it first, something was going to float."

The higher-capacity LTM 1450 was responsible for lifting the end of the bridge that would eventually be cut into a single 129-ft. section, the longer of the two pieces. The LTM 1200 would handle the second section, to be 65 ft. long after cutting.

"To prevent shock load, both cranes were preloaded prior to the bridge being cut free from its anchor points," said Walsh. "Central's operators carefully cranked the drums and ran enough wire to increase tension to the rigging so it was equivalent to the pounds that would soon be loaded."

After the bridge was cut free from its supports, both cranes held the piece in place as ironworkers went to work cutting the span into two sections. In all, they held it aloft for two hours.

After bisecting for the shorter 65-ft. section on the south end, the LTM 1200 drifted, turned the nose to the west, and set the piece on the ground. The longer 129-ft. northern section was slightly more complicated. The LTM 1450 had to drive northeast, rotate the section, drift it, and set it on the ground east of the crane.

"As is common on the grounds of working industrial plants, crane operators have to be aware of the elevations of surrounding structures and silos," said Walsh. "It requires a steady hand at the helm. All the operators from Central are as steady as neurosurgeons."

Why was the bridge cut into unequal sections? It had to do with the location of a bridge bend. It was the natural point at which to cut the bridge into sections, and it was located 65 ft. from the southern end and 129 ft. from the northern end.

After Central's cranes set the sections on the ground, teams of ironworkers further dismantled them into smaller pieces that would be trucked away from the site.

ALL Crane ALL Family of Companies Chicago Cranes