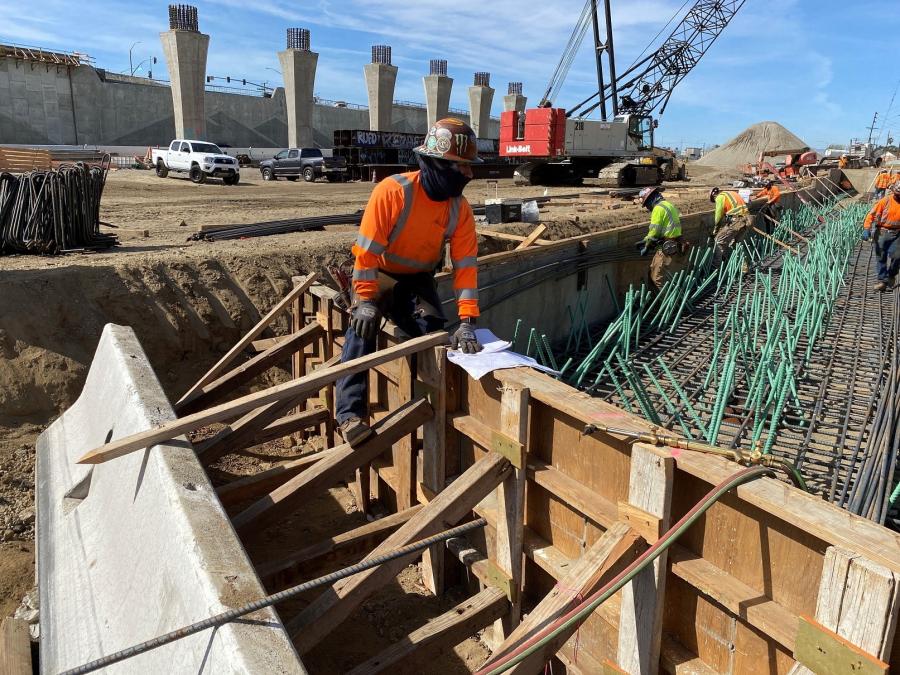 Crews are constructing a new, modern bridge for traffic on Burbank Boulevard to cross over Interstate 5 in Burbank. The bridge is scheduled to open to traffic by late 2021, weather permitting.

The greater length of the new bridge will allow crews to widen I-5 to construct carpool lanes in both directions on I-5.

HOV lanes will be constructed on I-5. In addition, I-5 will be realigned to reduce a curve, which will increase drivers' sight distance on the freeway and enhance safety.

New I-5 on-ramps and off-ramps at Burbank Boulevard will be constructed in a "diamond interchange" pattern, and will replace loop ramps, which formerly existed at this location.