Crews Cause 'Minor' Damage On Dinosaur Tracks at Site 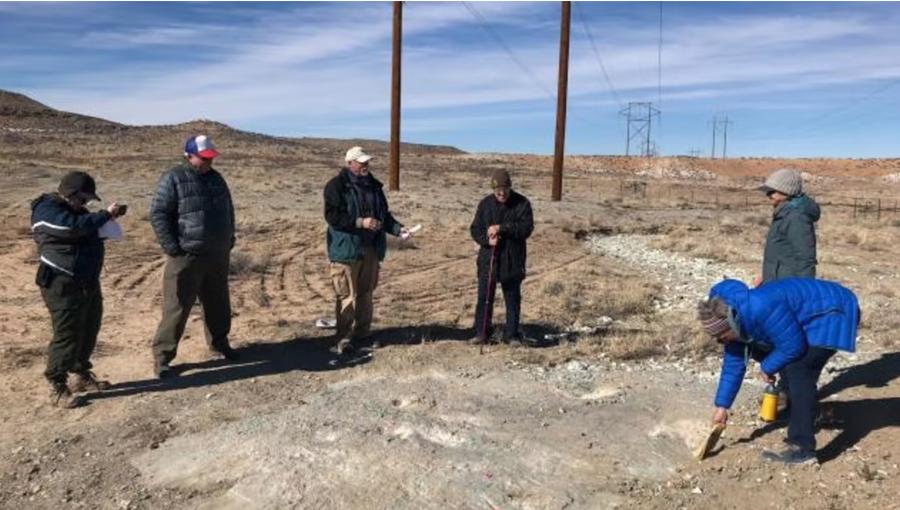 The paleontological assessment of the Mill Canyon Dinosaur Tracksite found that damage did occur during the preliminary stages of construction in late January 2022. (Bureau of Land Management photo)

About 112 million years ago, the Mill Canyon Dinosaur Tracksite in Utah was a muddy, drying lake, where ankylosaurs and theropods roamed and left footprints that have been preserved ever since.

But in January, a construction crew working to replace a boardwalk for viewing the dinosaur fossils left marks of their own, damaging some of the specimens and even repeatedly driving over one of them, according to an assessment recently released by the Bureau of Land Management, which staffed the crew.

The assessment, which was launched after the fossils were found to have been harmed, concluded that the overall damage was minor. Even so, "this damage should not have occurred," Brent Breithaupt, a regional paleontologist of the Bureau of Land Management, wrote in the report.

If the project had not been stopped, "it is likely that much greater damage would have occurred with increased construction activities," Breithaupt wrote.

He added that because the Bureau of Land Management failed to consult paleontologists on the plans, crews did not know which areas to avoid. Breithaupt called the incident "unfortunate" and said it "could have been avoided."

After releasing the report, the Bureau of Land Management said it would conduct an additional environmental assessment, take public input and work with paleontologists before resuming construction of the new boardwalk. The bureau "is committed to protecting plant and animal fossils on our public lands," the agency wrote.

Patrick Donnelly, of the Center for Biological Diversity, an environmental advocacy group, told The Washington Post that the agency's findings were troubling. The center was among the groups advocating for the construction to be halted after photos of the fossil damage appeared on social media.

"It could have been a lot worse," Donnelly added. "But those tracks will never come back the way they were."

Discovered in 2009, the Mill Canyon Dinosaur Tracksite is among the most studied sites in the world. According to the Bureau of Land Management, the site is unique because it offers a snapshot of life in the early Cretaceous period — a period when dinosaurs thrived and later went extinct — while other track sites in the area are from the earlier Jurassic period. There are more than 200 fossilized tracks on the site from at least 10 types of animals from the period.

While the subject of intense study, the site also has become a tourist destination. Breithaupt noted in the report that improvements to the boardwalk were necessary for safety and accessibility. A project to replace the boardwalk began in late January, and crews drove a truck, trailer and a backhoe with a forklift onto the site to disassemble the old one, Breithaupt wrote.

Then paleontologists noticed marks from vehicles and were dismayed they had not been consulted, Science reported. "This was a bureaucratic screw-up," Jim Kirkland, a Utah geological survey paleontologist, told the journal.

As the fossil damage made headlines, the Bureau of Land Management halted construction while Breithaupt conducted an assessment. He found that a trace fossil left by a prehistoric crocodile "was repeatedly driven over," resulting in fractures. At another area containing footprints from theropods, ornithopods and sauropods, there were tire tracks and signs of heavy foot traffic, Breithaupt wrote.

"Close examination of the trace fossils in this area shows signs of recent breakage and fracturing of the brittle impact rims around a few of the tracks," he wrote.

Breithaupt noted that while other fossils appeared to have been harmed by the construction, they may have been previously damaged.

He also recommended the bureau have all future construction plans "reviewed, assessed and possibly monitored by a qualified paleontologist."

Donnelly called the report "pretty forthright," as it acknowledged the damage.

"They're not making any more dinosaurs," he said. "So these tracks in some ways are like an endangered species — and we really need to protect them like one." 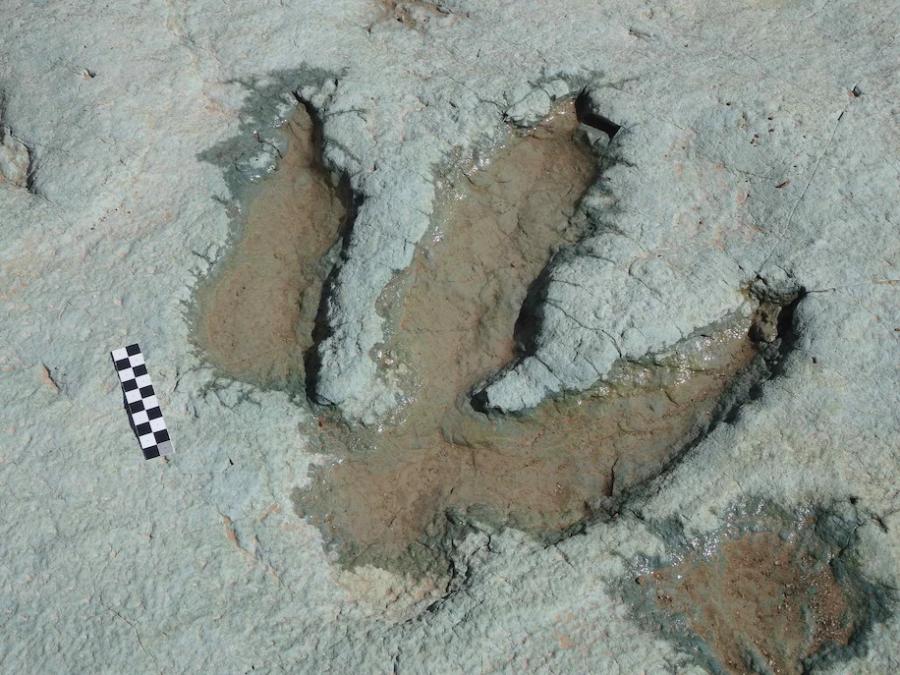