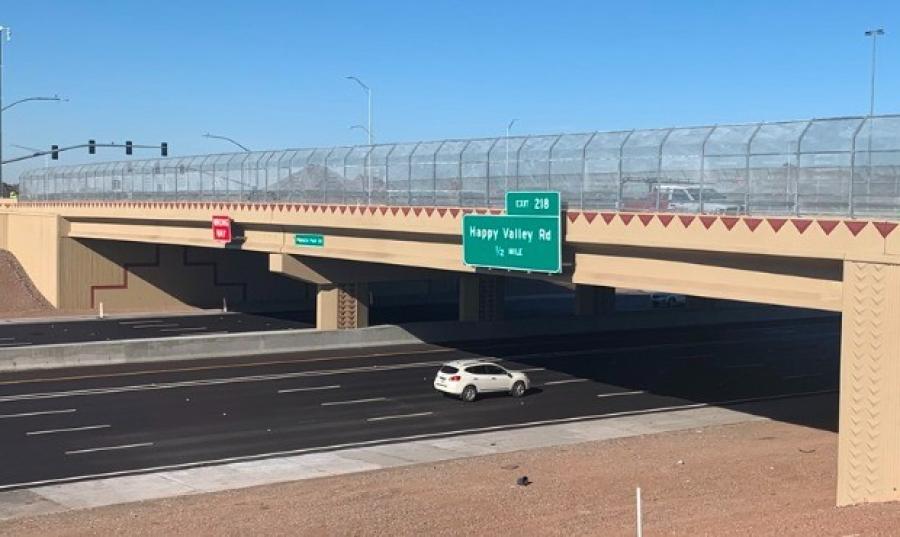 The I-17 on- and off-ramps at Pinnacle Peak Road also have been expanded to handle current and increased future traffic.

Work to reconstruct the Pinnacle Peak interchange started in Nov. 2018 as part of ADOT's $50 million project that also rebuilt the I-17 interchange at the neighboring Happy Valley Road interchange.

Freeway drivers also are benefiting from the improvements. New lanes have been added in each direction along I-17 between Pinnacle Peak and Happy Valley roads.

The I-17 interchange reconstruction project was funded in part by Proposition 400, a dedicated sales tax approved by Maricopa County voters in 2004.

Also, two ramps on the east side of the Interstate 10/Houghton Road interchange in Tucson have reopened, restoring full access to drivers as the Arizona Department of Transportation makes progress on a project to rebuild the interchange.

The new ramps, along with new bridge piers for the future Houghton Road bridge, are the most significant improvements to date on a $24.4 million project to improve safety and traffic flow in the rapidly growing area east of downtown Tucson.

The two ramps on the west side of the interchange will be rebuilt without extended closures, as ADOT has developed a construction plan that allows those ramps and the new bridge to be constructed with only occasional nighttime closures.

The project is scheduled for completion in late 2021.