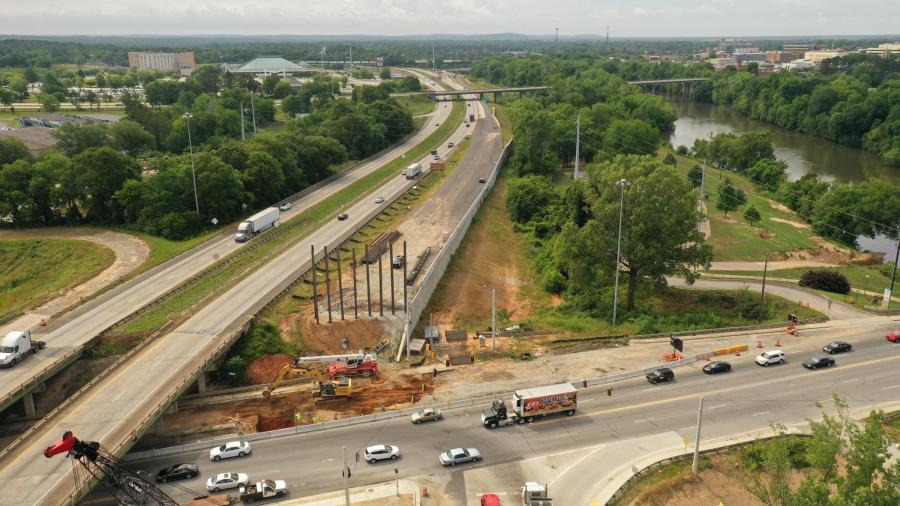 C.W. Matthews is the general contractor for the I-16/I-75 interchange improvements, which has had to overcome a few challenges to complete construction.

A little more than three years into a projected eight-year interchange project in Macon, the contractor can't seem to buy a break. Environmental issues, flooding and unmarked utilities have added at least a year and a half to the project to improve the I-16/I-75 interchange. But, Dane Nelson, general supervisor for contractor C.W. Matthews, says the company is up for the challenge. 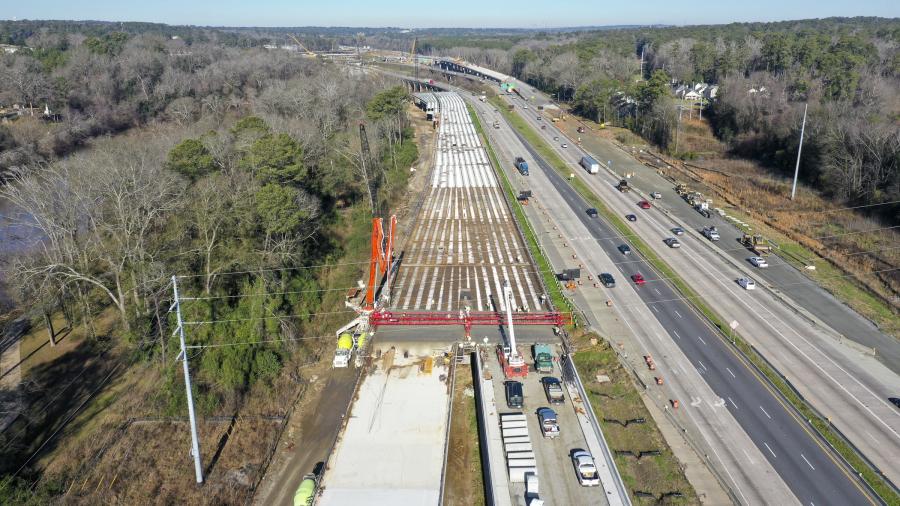 "This is a very challenging job," Nelson said. "C.W. Matthews thrives on challenging projects. Nine times out 10, those are more profitable if you approach them in the right way. We specialize in jobs that other contractors turn away from. We self-perform every aspect of the job. We have our own roadway, asphalt, concrete divisions. We only sub out what we are required to."

The $63 million, phase one of the $500 million interchange reconstruction project got underway in the spring of 2017. It is designed to improve the safety of the corridor by widening and reconstructing both interstates, as well as adding 11 new bridges and nine retaining walls.

They completed work on five retaining walls, but have yet to finish even one bridge, Nelson said. The bridges range from 18-to-29 ft. above the ground and cross both rivers and roads. One issue impacting work is sturgeon season on the Ocmulgee River. Crews are not permitted to work in the river from September to April. They must also work around a particular breed of barn swallow that tends to build nests underneath both new and existing bridges. During certain times of the year, crews must install netting to discourage the birds. In addition, flooding — caused by 18 in. of rain above normal — have also held up work. But the environment is only part of the problem.

"Between the flooding and environment we're looking at almost a year and a half at extended time," Nelson said. "I would say our outstanding issues are 60 percent is environmental and 40 percent utilities, which have been a nightmare. Macon, Georgia is an old town and the infrastructure is antiquated. They don't have records of where utilities are so you don't know until you find them. There hasn't been much positive. It's been a challenge from day one." 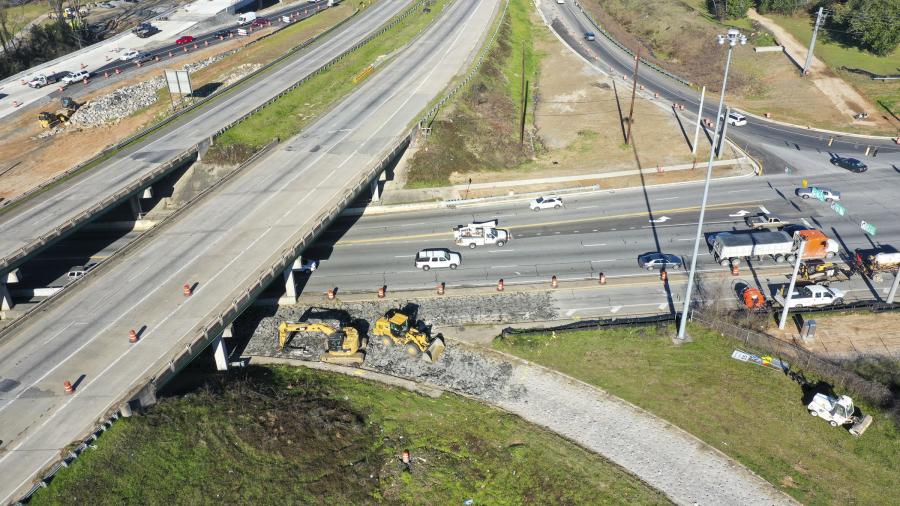 C.W. Matthews had about 22 pieces of heavy equipment on site when the work began. That included almost exclusively a Caterpillar fleet with cranes for the bridge crews, dozers, loaders, mini-excavators. 60,000-lb. excavators, front end loaders and soil compactors. That fleet, which is owned by the contractor, has increased since by about 60 percent.

"We could probably hit double by the end of the year," Nelson said. "Our company owns over 750 pieces of equipment. We have such a rigid maintenance program that people line up to buy our tractors. We run them 700 hours and then we buy new. Caterpillar has people requesting to buy anything we sell. We are very proud of that. It's a bargaining tool when we hire people that we don't have them operating junk. We have top of the line, state of the art." 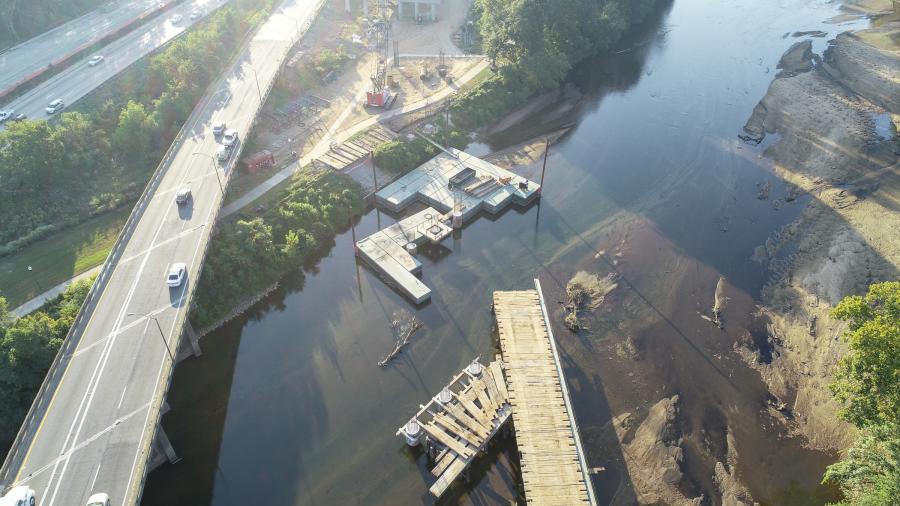 And while the contractor has seen plenty of challenges, the bright side is the Georgia Department of Transportation's willingness to work with them. The contract will likely now extend to 10 years, but even during this COVID-19 pandemic, crews have missed no days of work. And penalties that could cost C.W. Matthews 7 percent daily of the total award for each day beyond the projected completion date, will likely be avoided.

"What's good for us is that Georgia DOT has issued supplemental agreements (SA)," Nelson said. "The change order allowed us to get additional days. We don't feel we will suffer any penalties, the amount of time we've asked for in these SAs should compensate us. We feel like we're going to be ok."

Next up, GDOT plans to let out two new phases of the project by the end of the year. CEG