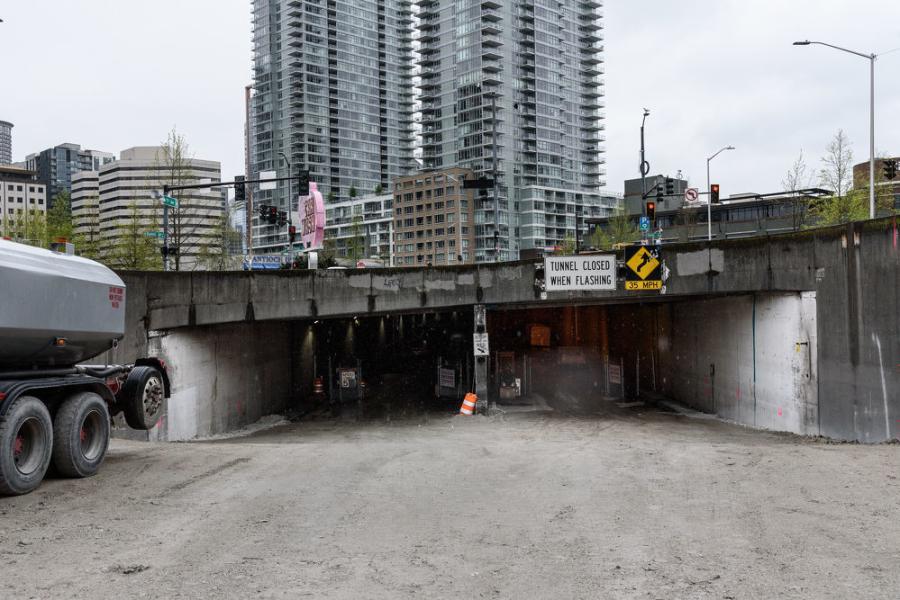 Crews are filling in the sloped approach to the north end of the Battery Street Tunnel. The goal is to raise the ground to the surrounding grade so Seventh Avenue North (formerly Aurora Avenue North) can be rebuilt between Harrison Street and Denny. The new street will include new crossings at John and Thomas streets. (WSDOT photo)

Yet another project in Seattle's $3.3 billion Alaskan Way Viaduct Replacement Program is under way. Crews began filling in the Battery Street Tunnel in early May with rubble from the demolished Alaskan Way Viaduct. The tunnel was decommissioned after it was found to be seismically vulnerable.

"The Battery Street Tunnel was built in the ‘50s," said Washington State Department of Transportation (WSDOT) spokeswoman Laura Newborn. "Any other use for that tunnel would have required $100 million plus in seismic upgrades." 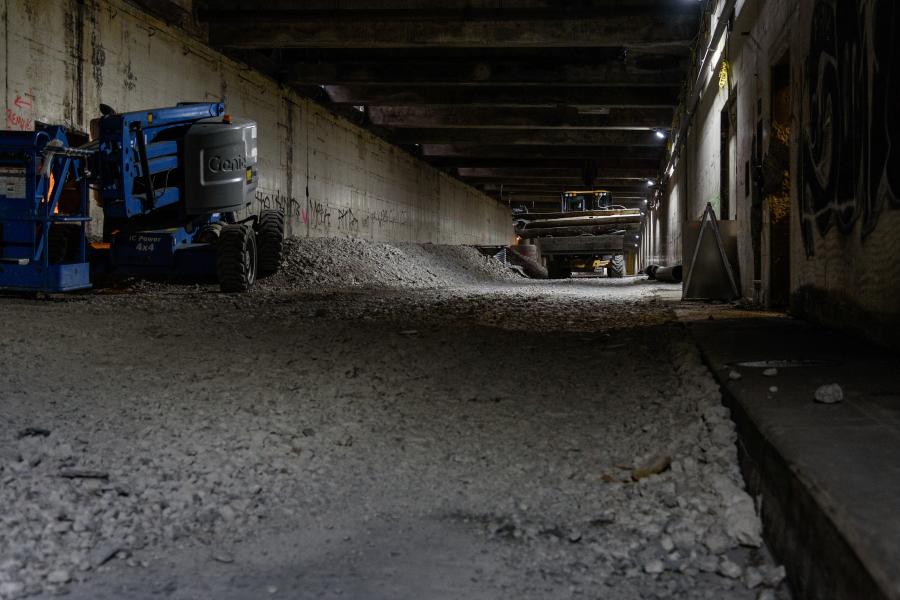 The suggestion to use the rubble from the Viaduct, also demolished due to its inability to withstand a major earthquake, was a "watchdog suggestion," in the Environmental Impact Statement, she said.

Crews cleaned about 250,000 sq. ft. inside the tunnel to remove decades of automobile exhaust. They also removed the tunnel's mechanical and electrical systems. They will continue to install sewer lines and conduct other utility work.

For the fill project, trucks haul rubble from the Viaduct to Terminal 25 on the Duwamish River for processing. Rebar is removed from the concrete, then the concrete is put through a crusher.

"Rubble, baseball sized or less, is then trucked to the Battery Street Tunnel," Newborn said. "Side dump trucks move the reprocessed concrete to a hopper above the tunnel's old ventilation grates."

The hopper contains water sprayers and rotates as it pours its contents into the tunnel to prevent dust. Inside the tunnel, the rubble falls into piles which crews spread and then compact with a vibratory roller. 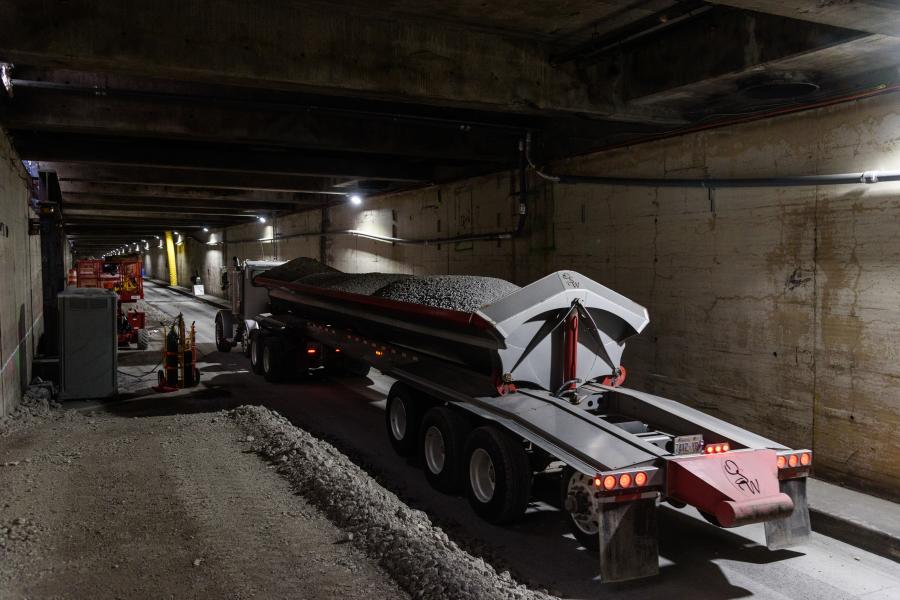 It is estimated it will take roughly 2,400 truckloads — approximately 74,000 tons of rubble — to fill the tunnel

The task will take about three months to complete. Once the fill material is 7 ft. from the ceiling, the existing space will be filled with low-density, cellular concrete. The concrete will be mixed on site, eliminating the need to truck 4,000 loads of concrete on local roads.

The final step is scheduled to occur in late 2019 and early 2020. Once the tunnel is filled, the vents will be removed and sealed up as part of other surface street restoration work on Battery Street scheduled for summer 2020. The road to the north that formerly descended into the tunnel is being raised to grade level and streets on either side reconnected, creating new cross streets.

The Alaskan Way Viaduct Replacement Program has been in the works since 2009 when the Washington State Legislature voted to replace the waterfront section of the viaduct with the SR 99 double-decker tunnel.

Seattle celebrated the opening of SR 99 in February, the same month demolition began on the Alaskan Way Viaduct. Two miles long, it is the largest double deck highway tunnel in the country. It features two lanes in each direction with an 8-ft. safety shoulder. Tolling is planned to begin this summer.

The Alaskan Way Replacement Program project is set to be completed in 2021.