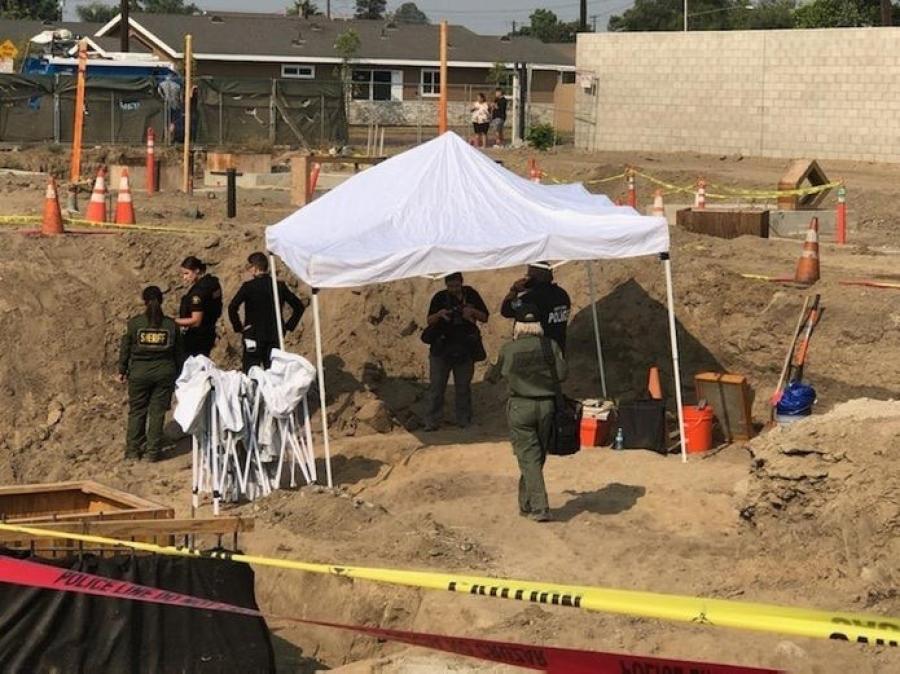 Police were notified after crews discovered the bones while working on the light-rail project in Santa Ana, the Orange County Register reported.

What appeared to be a rib cage as well as arm and leg bones had been partially unearthed as of 4 p.m., the newspaper said. Other bones may still be buried.

An archaeologist and coroner's officials later confirmed that the remains belonged to a human, said Santa Ana Police Cpl. Anthony Bertagna The remains appeared to have been underground for quite some time, and officials do not believe there is any threat to the community, Bertagna said.

Officials will try to make an identification and determine how the person died.

The construction site had been a recycling yard before the Orange County Transportation Authority acquired the property in 2018. It was a residential area prior to that, Bertagna said.

The OC Streetcar is scheduled to open its doors to riders in 2022.