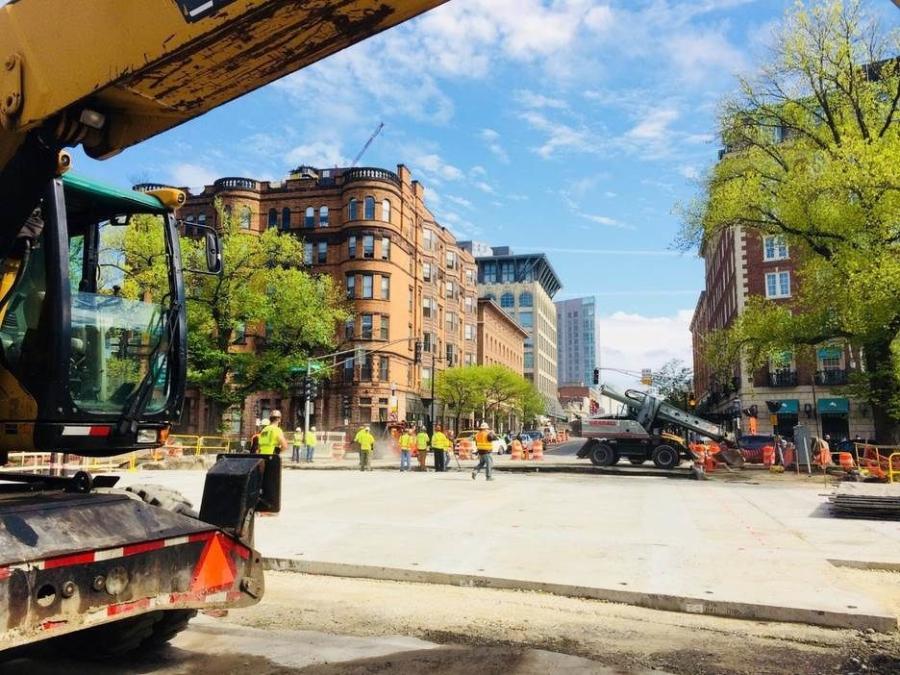 While the bridge is owned by the city, MassDOT is the lead agency on overseeing the $8.1 million project, which is funded primarily through federal dollars. (MassDOT photo)

A bridge replacement project in downtown Boston that once would have taken several years to complete was traffic-ready after only days of closure.

The bridge, owned by the city of Boston, carries 22,000 vehicles daily on Massachusetts Avenue, running over Commonwealth Avenue below, and is the most heavily used bus route in Boston. But, built in 1937 and retrofitted in the 1950s with crash barriers, the bridge has been in a dangerous state of deterioration.

“The existing conditions are such that the city had gone in prior to us and this contract being awarded, and shored up the bridge, putting in temporary support posts underneath at mid span. It was that critical, they netted it,” said Chuck Labbee, area engineer for the Massachusetts Department of Transportation.

While the bridge is owned by the city, MassDOT is the lead agency on overseeing the $8.1 million project, which is funded primarily through federal dollars.

“When federal funds are used for municipal projects, just because of the federal funds, the state DOT is tasked with overseeing distribution of the funds,” said John McInerney, MassDOT district construction engineer. The contract was bid through the DOT and awarded through the DOT to SPS New England Inc. The city is on the sidelines watching closely.”

Using conventional construction practices, the replacement project could have likely spanned at least three years. Instead, MassDOT opted for an accelerated plan that saw the existing bridge demolished, beginning on the evening of May 10, and the new bridge installed and open to traffic on the morning of May 14 — a full day ahead of schedule. 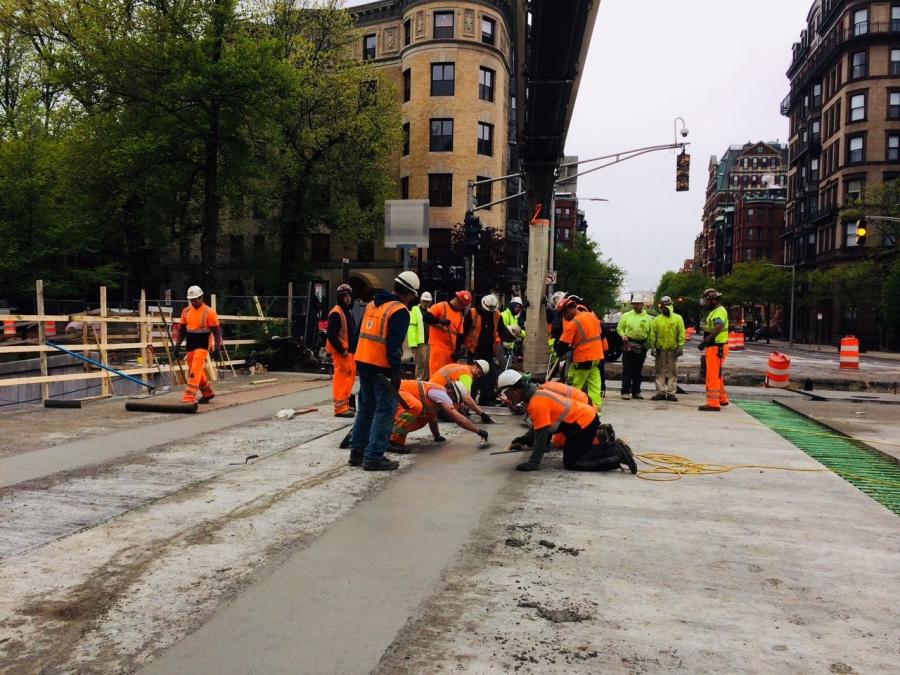 By doing it in an accelerated pattern, we are ripping the Band-Aid off quickly as opposed to gradually,” said McInerney. “We have done a few of these accelerated jobs. In downtown Boston, obviously the challenge is always managing impacts. With the accelerated pattern we are being able to go in there and confine major traffic impacts to basically a long weekend in this case. A lot of planning goes into it.”

Earlier in May, trucks hauled in eight 65,000-lb. prefabricated concrete units from New York and pre-staged them at a nearby remote site. Demolition of the existing bridge began the evening of May 10.

“Once you get to that point, it's all in the planning,” said McInerney. “You can't understate that portion of it. This bridge was dry fitted. It's all fabricated, kind of like an erector set. They put it together to avoid set up issues during the weekend. There's a lot of planning in advance to make sure everything is going smoothly. Part of that planning is the truck routes, getting in and out of job site. The routes have to be permitted, predetermined and some may require escorts. You start off on site by establishing the work zone, then move in to demolish the bridge. You bring the dump trucks in; bring debris out. After that phase gets cleaned up, at some point you bring in the bridge units.”

Crews set the units with two 275-ton cranes stationed on either side of the bridge. 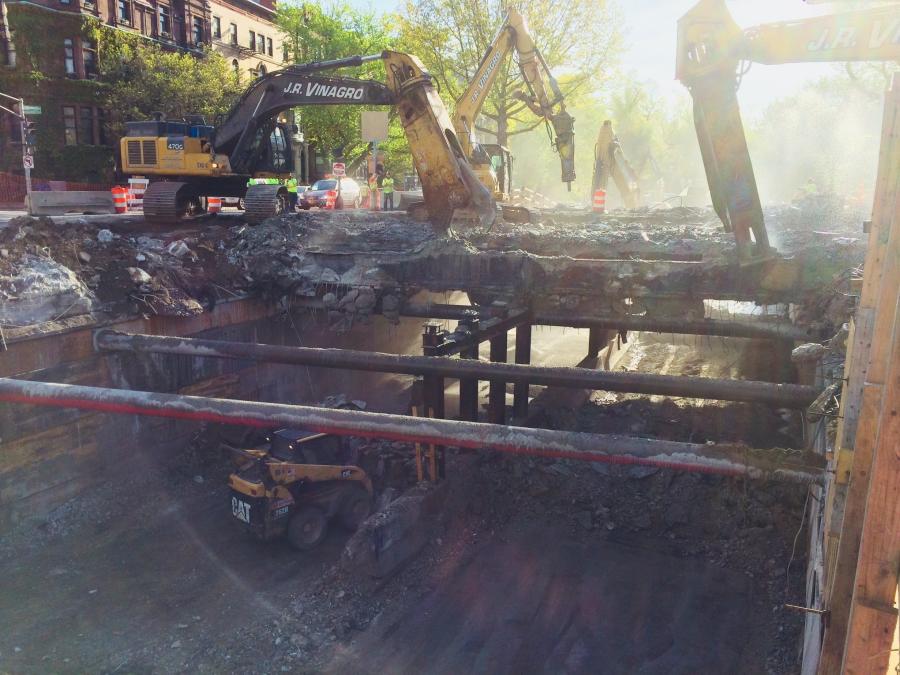 The hardest part of the project is logistically fitting the cranes and trucks on the work site, said Labbee.

“We're maintaining traffic up to 20 feet on either side of the bridge. Where each piece of equipment goes and the envelope it takes up is pretty critical.”

The success of the project is not only in the planning, but in the teamwork, McInerney said.

“The positives on this are that it's pretty difficult to manage work in an urban setting,” he said. “By getting a fixed window where you have total access is a huge plus. The nontangible pieces are a lot of planning with the city, public safety, businesses, all the stake holders. There's a lot of coordination that goes in place. It's not a one meeting deal. The area is going to be locked down for four days. There is a lot of coordination.”