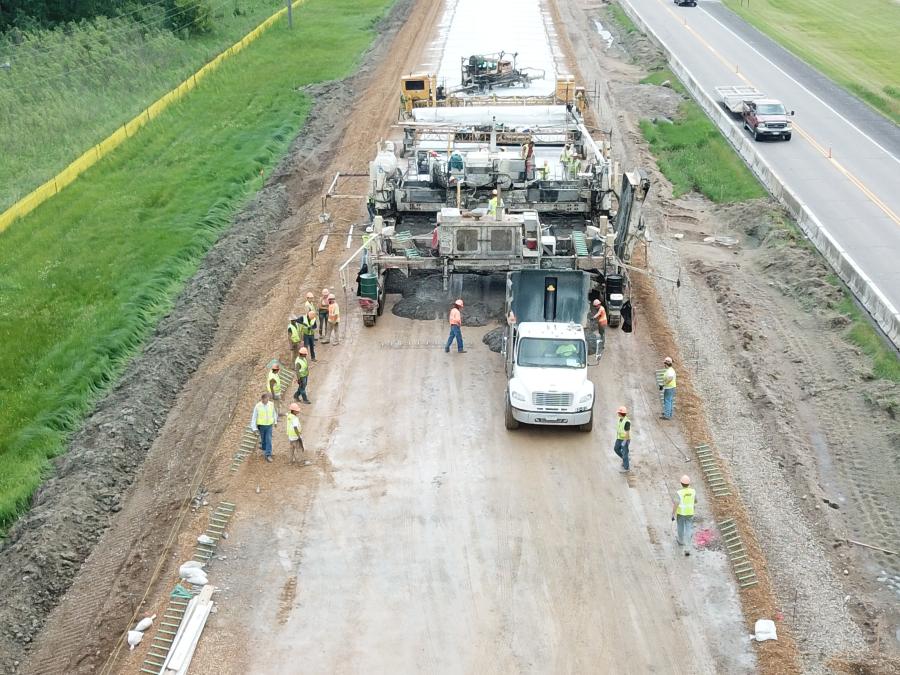 Crews from PCi Roads LLC were busy last fall constructing temporary crossovers on U.S. Route 2 in Erskine, Minn., so they could hit the ground full-stride this spring to complete the Minnesota Department of Transportation's $12.5 million design-build upgrade and refurbishment of 5.5 mi. of concrete roadway from Erskine to U.S. Route 59, site of a major interchange.

This section of the highway, built in the 1970s, will continue to have a concrete pavement. The work includes repairs for the concrete road surface, overall maintenance for two Route 59 overpass bridges, and the replacement of curb, gutter, storm sewer and culverts along Route 2.

The project is expected to be delivered in October.

"Five years ago, we overlaid the road with a mix of bitumen just to maintain the ride, and this has started to fail," said Shawn Groven, MnDOT's project manager. "For the bridges, we're going to fix some deteriorated concrete which is starting to show signs of distress and upgrade traffic barriers coming into bridges." 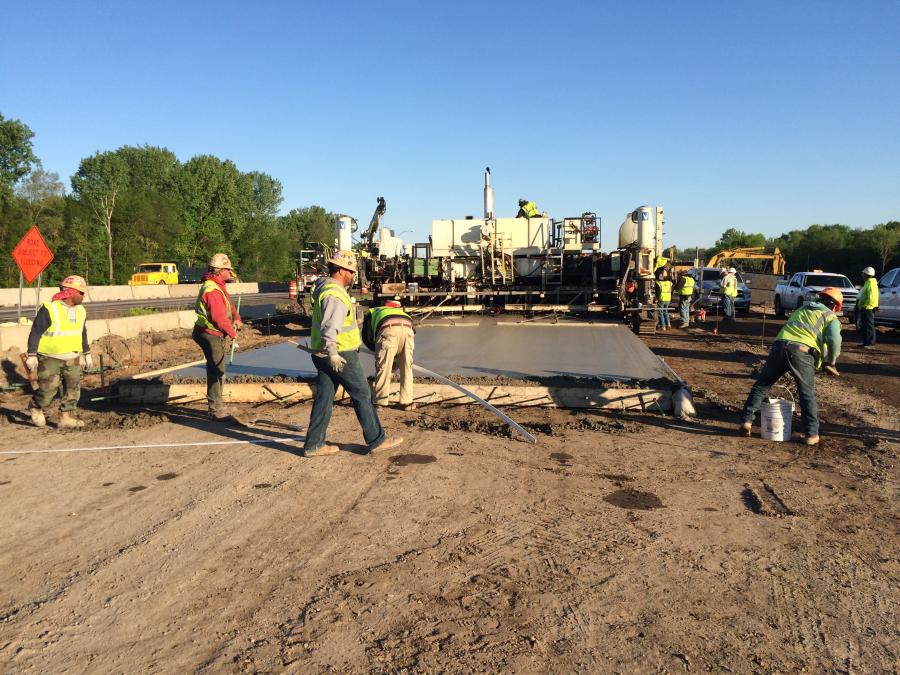 "PCi hired the designer surveys to study the road," said Groven. "It's a pretty basic, straightforward job. They put forward an ATC to change the project from a complete reconstruction to an unbounded concrete overlay. The existing pavement will remain in place. They'll put a bond breaker and 7 inches of new concrete over the top, and then regrade for bridge clearance and road tie-ins. With proper construction techniques and dowel alignments with the joints, a concrete pavement can last a long time.

"The maintenance activities on a bituminous roadway would require an overlay at 20 to 25 years versus 30 to 35 years for rehab on a concrete one," he added. "Our freeze-thaw cycle is intense, and our bitumen roads really feel the effects."

The water and sewer infrastructure replacement also is straightforward and minor in comparison to main elements. MnDOT has daylighted the sections culverts in the median in Erskine and other sections of the highway.

The construction of the temporary traffic crossovers, as well as community outreach, has helped MnDOT prepare residents for the upcoming work, which will see one half of the east-west highway closed to give crews a safe work zone. The plan is based on staged detours of Route 59 overpass bridges and ramps, various lane closures and a lane crossover on Route 2.

"With our spring load restrictions, PCi wants to start in early May or as soon as they can," Groven said. "The work on the crossovers was done rapidly. They brought in some grading and base materials. We were hit with early snow in October and they had to wait until we got some warmer weather to melt it off and be able to pave it in."

No major construction challenges are expected, although nothing is being taken for granted in case there are problems with gravel and clay subbases.

"Some of these concerns were alleviated when they decided to do a concrete overlay," said Groven, who added that there are no utility issues. "The contract was awarded last spring with the idea that they could start construction in the summer and continue into this year. PCi chose to develop a plan to do everything at once. They have had plenty of time to plan the schedule. Communication with PCi has been good, and we've worked well as a team to create a project team — MnDOT, PCi, and Alliant."

The general contractor is looking to rent some properties to set up a concrete batch plant and laydown yards. There is a good possibility that an MnDOT right of way can be secured, as well as an MnDOT truck station half a mile from the project, or spaces in Erskine. 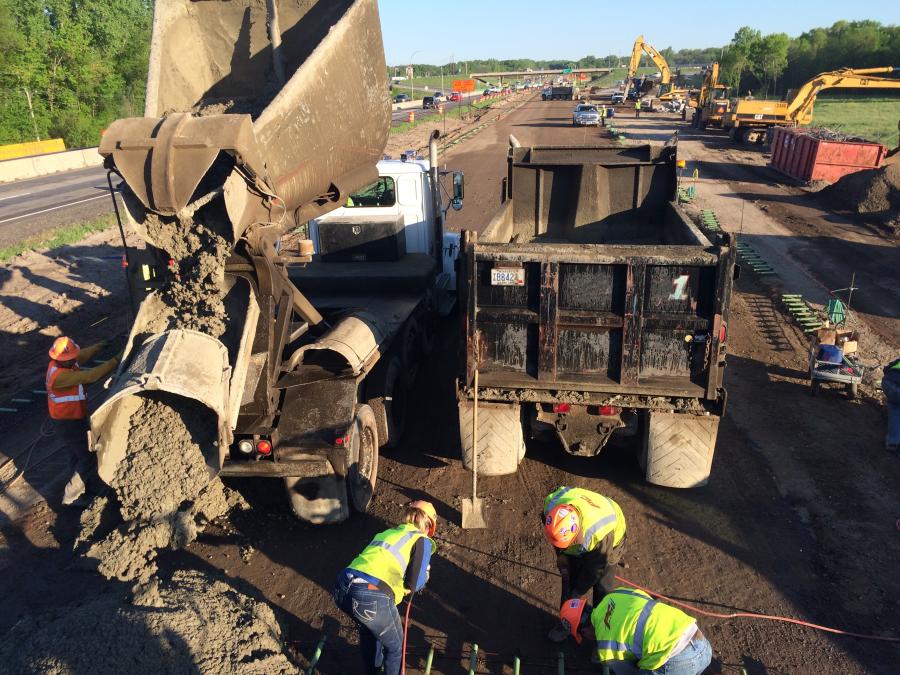 "If they can start in May, it should take a few months to repair one side of the road," said Groven. "The work will be done in sections. We can only allow them to close certain direction ramps for a certain amount of time and they can only close the Highway 59 portion for a certain period. There's also the weigh station on the east end of the project for which access has to be maintained."

The two bridges are located at the Route 59 interchange, with one crossing Route 2 and the other spanning a railway. Work on the bridges will be done simultaneously with the road work.

"Once they close Highway 59, they'll do all the bridge work in one time slot," said Groven. "The bridge over Highway 2 is a concrete girder one, so it's mainly just deck repairs and the approach panels on both sides. The bridge over the railroad is a steel beam one, so for that we are repainting it, and repairing the deck and approach panels. We've had PCi perform work on other bridge rehabilitation projects and they've done really well. It's a well-oiled machine when it comes to their work. They come in and get her done."

For the replacement of curb, gutter, storm sewer and culverts along Route 2, the plan is to have crews replace the infrastructure on the side of the road being repaired, with the possibility that some underground work could also be done on the other side. Concrete pipe may be ordered, and orders may also include prefabricated catch basins and manholes.

Peak days in spring will have close to 65 workers on site. Subcontractors include Hoffman Construction Company for removals, grading, base, and underground; Knife River Materials for bituminous paving; Subsurface Inc. for manhole rehabilitation; H&R Construction for guardrails and signage; Sherbrooke Turf for landscaping and erosion control; NECI for surveying; and Warning Lites for traffic control.

Removals from the existing road are expected to yield concrete and asphalt to be recycled on site and reused as aggregate base material. 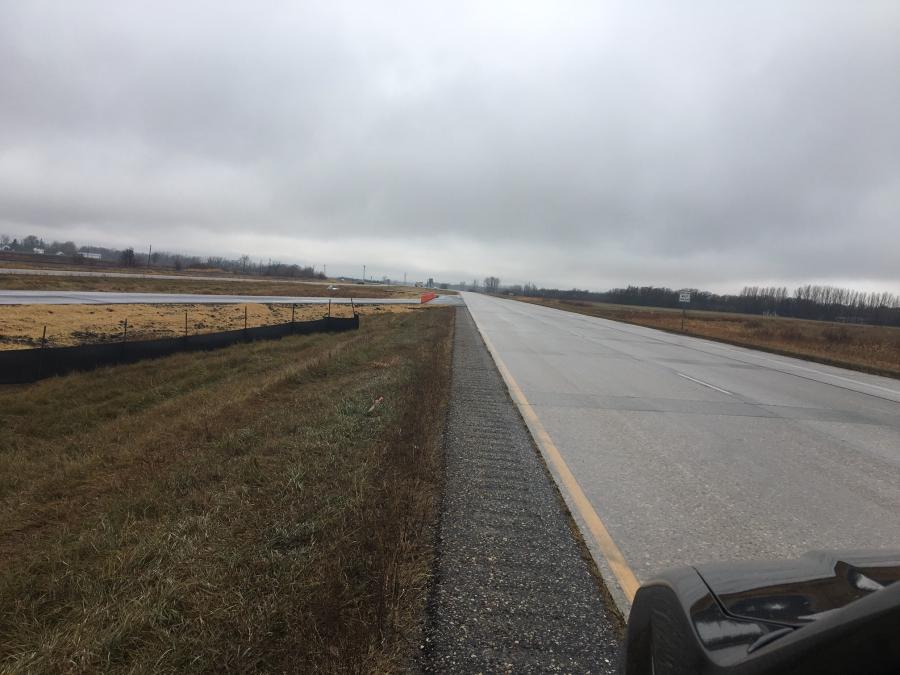 "We've encountered some weather-related factors," said Hines, noting that the repairs are done based on the severity of the problem, "We have several onsite mechanics with the paving crews and grading crews. We refurbish and restore equipment during the off season, and we do regular seasonal maintenance to keep the fleet in an efficient state."

Hines expects that some rented equipment will be used on the project.

Hines said he is looking forward to the start of work in the spring and pointed out that all projects provide opportunities to promote employees and improve skills.

"We train in the areas of safety quality, and environmental compliance to all employees and stakeholders," he said.