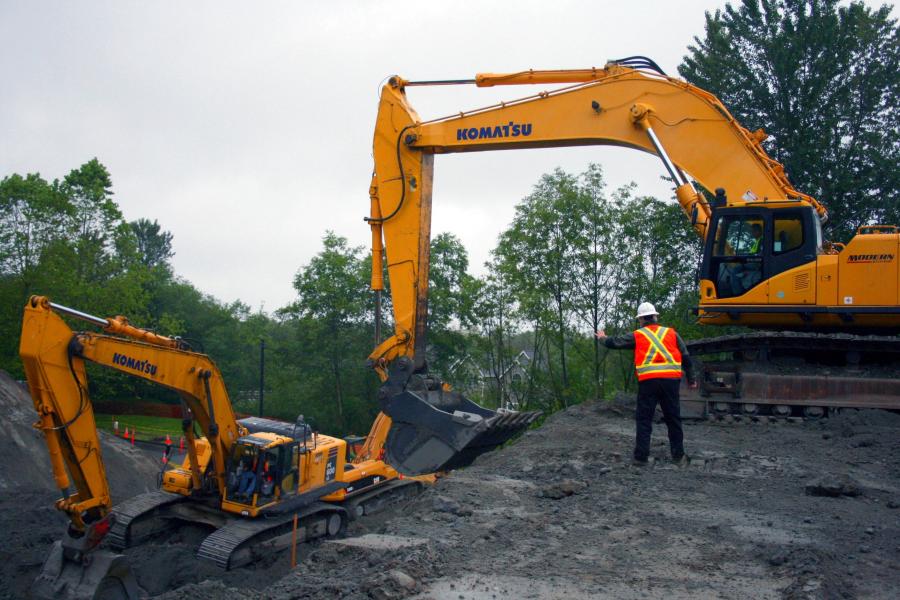 Montlake, at a cost of $455 million, is the first stage of all remaining SR 520 improvements in Seattle in what WSDOT refers to as the “Rest of the West” initiative.

The ongoing work for the Montlake Project, being constructed by Graham Construction as part of the Washington State Department of Transportation's (WSDOT) SR 520 Bridge Replacement and HOV Program, is slated for completion in 2023/2024. 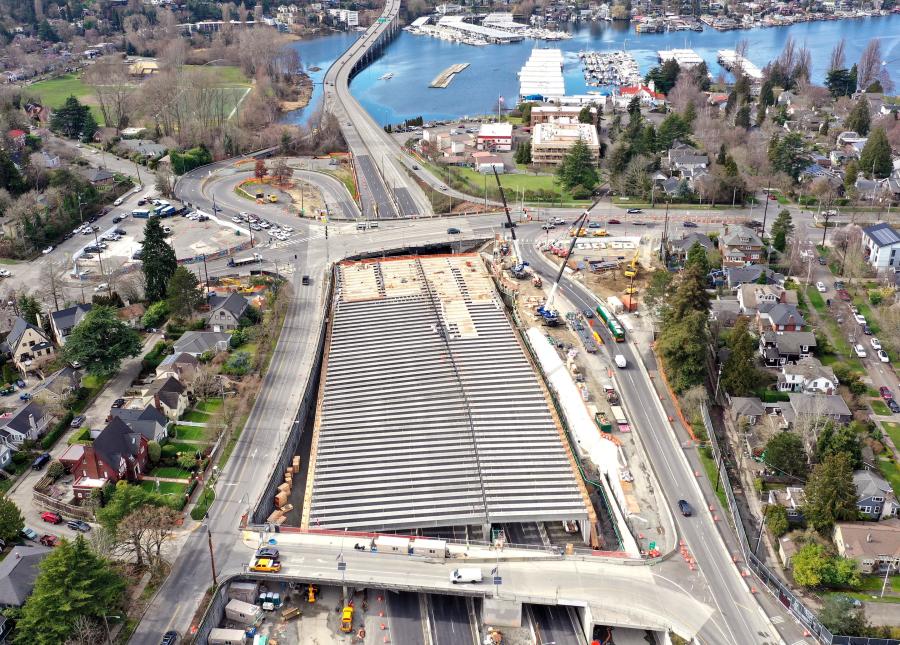 Montlake, at a cost of $455 million, is the first stage of all remaining SR 520 improvements in Seattle in what WSDOT refers to as the "Rest of the West" initiative. The entire SR 520 program is being financed by the 2015 Connecting Washington transportation legislation.

"SR 520's 1960s-era west approach bridge, supported by hollow columns, is at risk of failure in a severe earthquake," said Steve Peer, construction manager of the SR 520 project. "In addition, the highway's old, four-lane segment in Seattle is typically at capacity during peak periods. Now that we've completed reconstruction of the highway's eastside segment and replaced the old floating bridge, we are moving forward to complete the remaining SR 520 safety and mobility improvements from Lake Washington to I-5."

Graham Construction has made considerable progress as crews have worked diligently on the Montlake Lid, the Montlake Boulevard interchange and other corridor improvements.

In fact, all 114 concrete beams (girders) are now in place over SR 520 to support the landscaped freeway lid and transit hub. 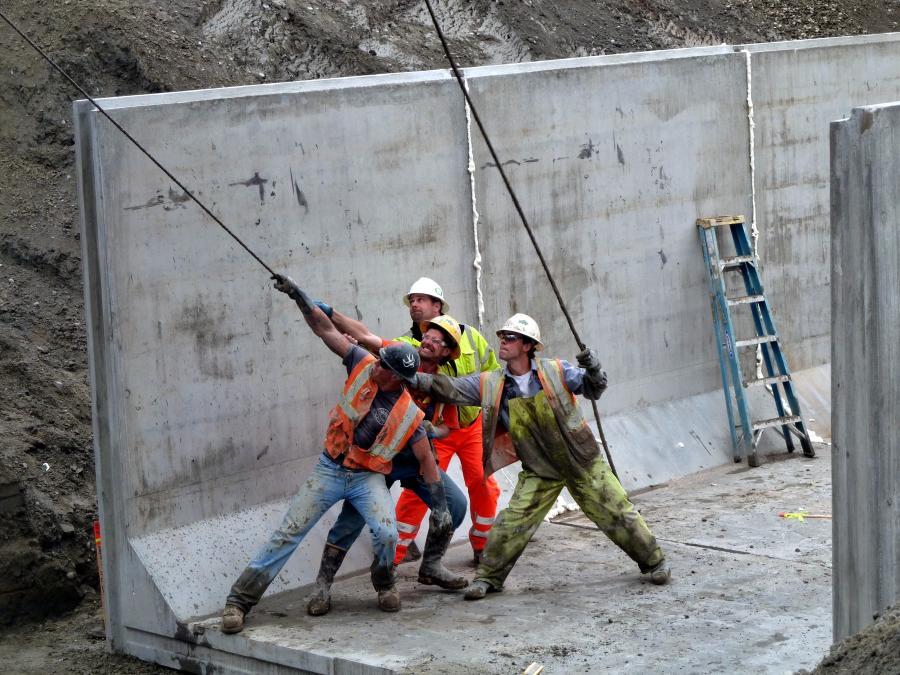 "Crews have begun placing plywood forms among the girders in preparation for building the lid's three-acre, concrete deck," noted the WSDOT construction update. "Later this year, crews will shift Montlake Boulevard and 24th Avenue East onto the lid. They'll then remove the two overpasses and build new, improved crossings over the highway."

Bridge construction has been swift and, over the past year, Graham has been removing the eastbound SR 520 bridge over Union Bay.

"Crews are cutting up large sections of the old west approach bridge for removal by truck," stated the progress report. "They're also using the temporary work platforms to build a seismically resilient, three-lane bridge between Montlake and the SR 520 floating bridge. Once that new eastbound bridge opens, expected in 2023, the newer, north span will revert back to a westbound-only bridge."

The 2020 construction season was busy, but following a March 2020 executive order from the governor, work was suspended due to COVID-19, with major work resuming in June 2020 with new field safety protocols in place to protect workers from the virus. In August 2020, crews completed the first phase of the central support wall in the median of SR 520 for the future Montlake lid and shifted traffic lanes, opening space to work on the outer support walls.

In December 2020, crews installed a new, colorful screening around the former Montlake Market property; finished installing a 54-in.-diameter city water line beneath SR 520 just east of Montlake Boulevard; and the first phase of the south concrete wall (along Lake Washington Boulevard) that will support a future freeway lid over SR 520 in Montlake was built. 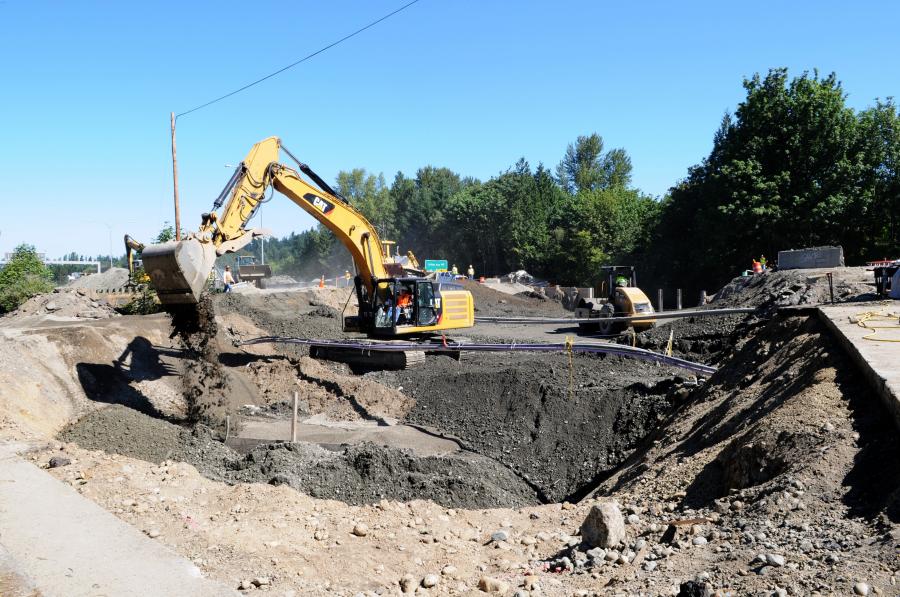 Other highlights included the assembly of four gantry cranes (each 69 ft. tall) for the removal and replacement of the old eastbound bridge. This involved 3,670 cu. yds. of poured concrete; 490 piles driven for temporary work bridges in Union Bay; and 18,000 tons of concrete were removed from the old SR 520 bridge.

The West Approach Bridge South should take four to five years to construct.

The Montlake interchange and lid construction, between Montlake Boulevard and 24th Avenue East, will require a similar amount of time.

The bicycle/pedestrian land bridge, one block east of 24th Avenue East, is still under construction.

"WSDOT is committed to meeting the governor's voluntary goal of providing 26 percent of the contract value for Connecting Washington transportation projects – including the SR 520 Montlake Project – to minority-owned, women-owned, veteran-owned and disadvantaged small business," stated the project web page.

Graham secured the contract in 2018 and construction started in the summer of 2019.

The project's benefits, noted Peer, will benefit Seattle for many decades.

"This will provide improved regional mobility from the addition of transit/HOV lanes across Lake Washington, direct-access ramps for buses and carpools to and from a regional transit hub on the Montlake lid, and added lane capacity at the Montlake Boulevard East interchange," Peer said. "We also will have more non-motorized-travel options from a new north-south bicycle and pedestrian land bridge over SR 520, connecting Arboretum trails with local and regional bicycle/pedestrian routes in Montlake and the University District. 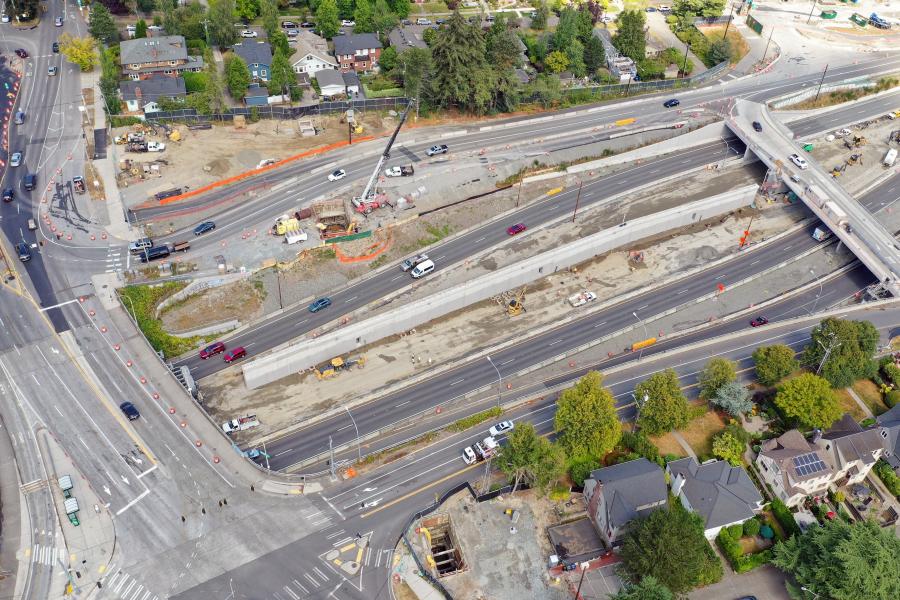 "The new community open space and trail connections from construction of a landscaped Montlake lid will be very welcomed and the work will result in fewer traffic backups thanks to wider highway shoulders that allow disabled vehicles to pull over without blocking traffic," Peer added. "It will contribute to a cleaner, healthier environment from the creation of treatment systems for SR 520 storm water runoff. The project also creates more open and natural park area in the Arboretum with the removal of old SR 520 on- and off-ramps and the never-completed R.H. Thomson Expressway ‘Ramps to Nowhere.'"

As part of the project, WSDOT purchased the Montlake Market and 76 gas station property in June 2019 to enable permanent improvements to the SR 520 corridor; provide space for rerouted traffic during Montlake Boulevard's reconstruction; and efficiently stage the work.

"A WSDOT analysis showed that keeping the market open during Montlake Project construction was impracticable, so the market and gas station closed at the end of 2019 and the buildings were removed," said Peer.

WSDOT has been keeping the public informed about the construction via meetings, now being held on-line, which featured Q&A sessions in 2020.

The work is having an impact on traffic and WSDOT is providing the latest information concerning construction activities and planned road closures via SR 520 construction map.

For more information about this project, visit https://wsdot.wa.gov/Projects/SR520Bridge. CEG