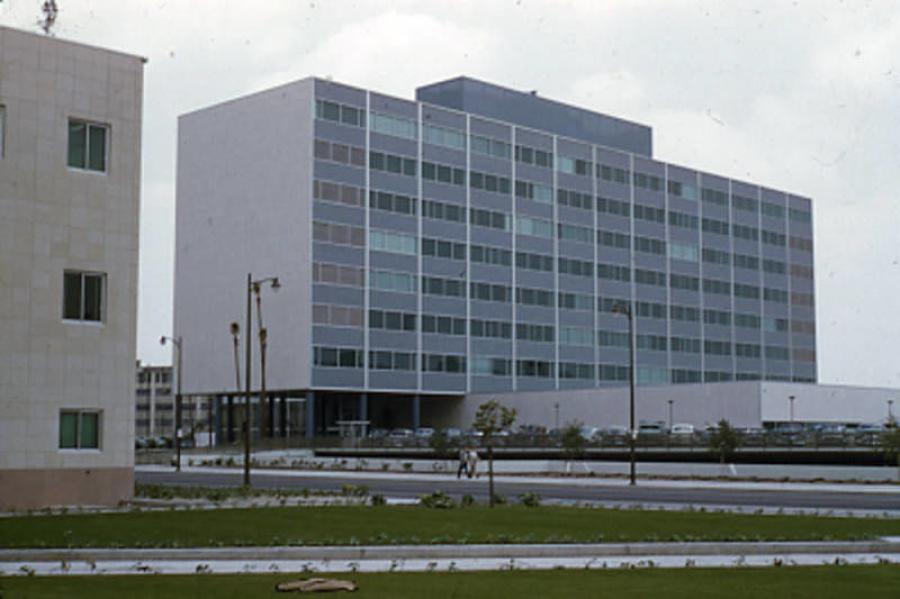 The international-style structure designed by Welton Becket and Associates, once served as the headquarters for the Los Angeles Police Department. (Los Angeles Library photo)

Construction crews have started demolition work to make way for $708M new office building on the site of the old Parker Center building in Los Angeles. The international-style structure designed by Welton Becket and Associates, once served as the headquarters for the Los Angeles Police Department.

Crews are scheduled to start full construction in 2020 on a new 750,000-sq.-ft., 29-story office tower that is being developed as part of a new master plan for the surrounding Civic Center neighborhood.

A short-lived effort to landmark and possibly preserve the Parker Center failed primarily because of community opposition to the building. One reason cited for why the building is unpopular is that the site for the complex was taken from what was once the cultural and commercial core of L.A.'s Little Tokyo neighborhood. 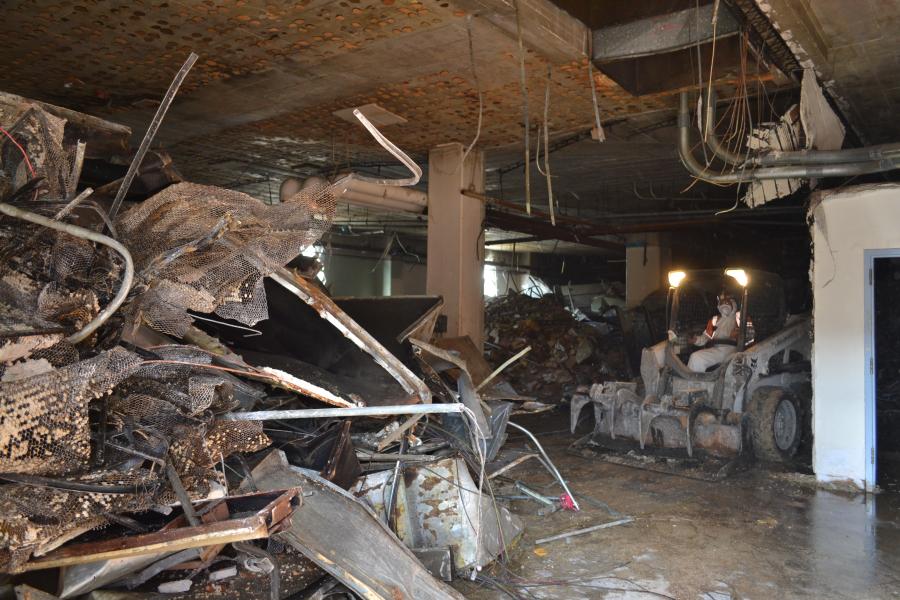 Meanwhile demolition continues and is expected to be completed by December 2019. Everything at the Parker Center site will be removed, down to the utilities.

"Currently the project is about 18 percent complete," said Mary Nemick director of Communications for the Los Angeles Bureau of Engineering Department of Public Works. 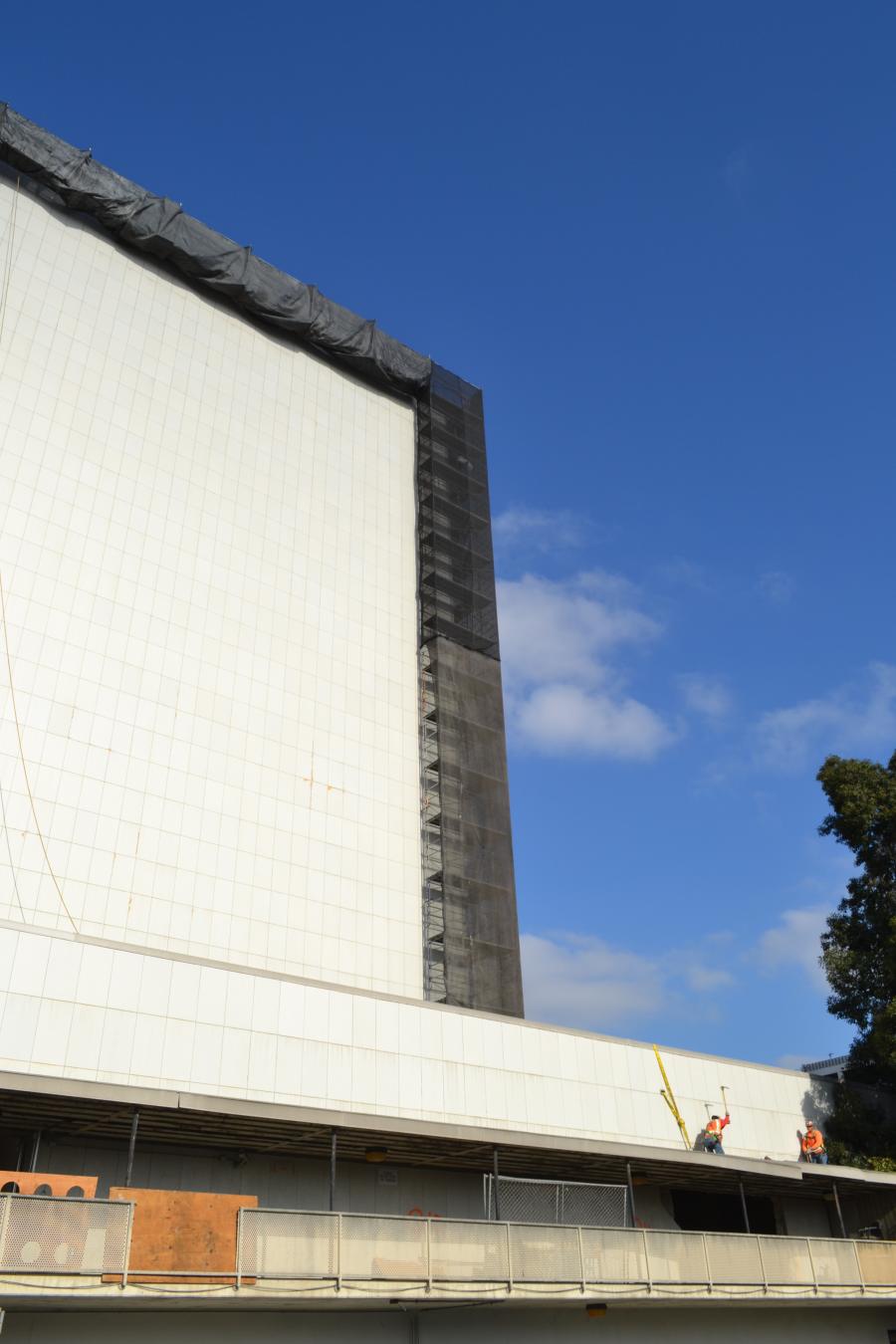 Silverado Contractors has taken on every conceivable type of demolition project including building demolition, bridge removal, implosion and site decommissioning.

A request for proposal will be issued by mid-2019. Currently no heavy construction equipment is on site. Abatement work is ongoing and that is the focus for now. Also, it is not yet known how much concrete, asphalt and steel will be required over the course of the office tower project.

Safety and noise mitigation for the new building have not been determined yet. The building site is close to other buildings in the area. However, demolition is being done with caution and planning, and a plan to minimize dust and noise will be considered.

Buildings in the immediate area will remain open during construction.

The office tower is expected to help boost the local economy. Numerous construction jobs will be created.

Construction crews will be ready when demolition concludes. Once demolition is complete, the new office building will go up.

Located at 150 N. Los Angeles St., the new building will feature 754,000 sq. ft. of city offices for above ground-floor commercial uses and 1,173 underground parking spaces. The Los Angeles Times pointed out that the price tag for the project has swelled considerably from original estimates.

The original estimate was about $483 million. The latest total project figure, set at $708 million, which includes demolition and constructing the new office tower at the site. The estimated cost also includes soft costs, escalation and interest over the duration of the project with 30 years operations.

The demolition of Parker Center is expected to be completed by the end of 2019. Then crews will begin ground work for the office tower that besides containing offices, also will provide space for retail and commercial uses.

Design of the new building has not yet begun and a general contractor has not yet been selected. However, a pre-design architect has been hired — Perkins + Will of Chicago.

Although little is known as to what the building will look like, efficiency will be considered important. The tower will be LEED certified, which includes energy efficiency. Most of the offices in the new building will be used by city staff.

The new building will include a large parking lot with 1,173 subterranean parking spaces.

Reportedly, resentment over the displacement of businesses and cultural institutions resulting from the land-grab still runs high in the area.

That led to derailment of the building's application for Historic-Cultural Monument status.

The Los Angeles Police Department left the building in 2009 after a new 491,000-sq.-ft., 11-story tower opened. Ahead of the planned demolition, the public art elements were removed for storage and eventual restoration.

The former police headquarters complex will make way for what is considered a key component of a new Civic Innovation District that will bring housing, offices and new open spaces to the area. The new office tower that is going up on the Parker Center site is estimated to cost $700 million.