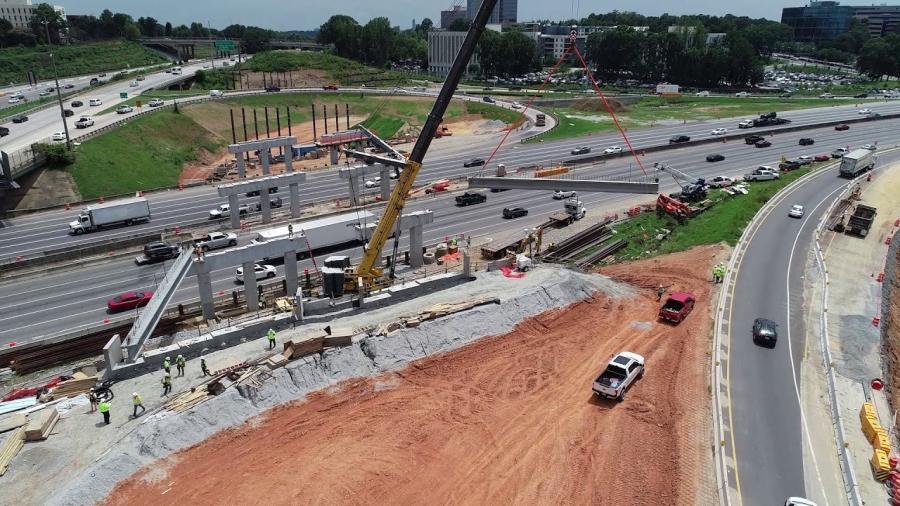 North Perimeter Contractors, a subsidiary of Ferrovial Construction, was awarded the contract on Georgia’s Transform 285/400 project, an $800 million priority job.

Three and a half years after construction began on Georgia's Transform 285/400 project, construction crews are nearing a major milestone on the job to improve traffic congestion and enhance safety in the area through the I-285/SR 400 interchange in metro Atlanta. 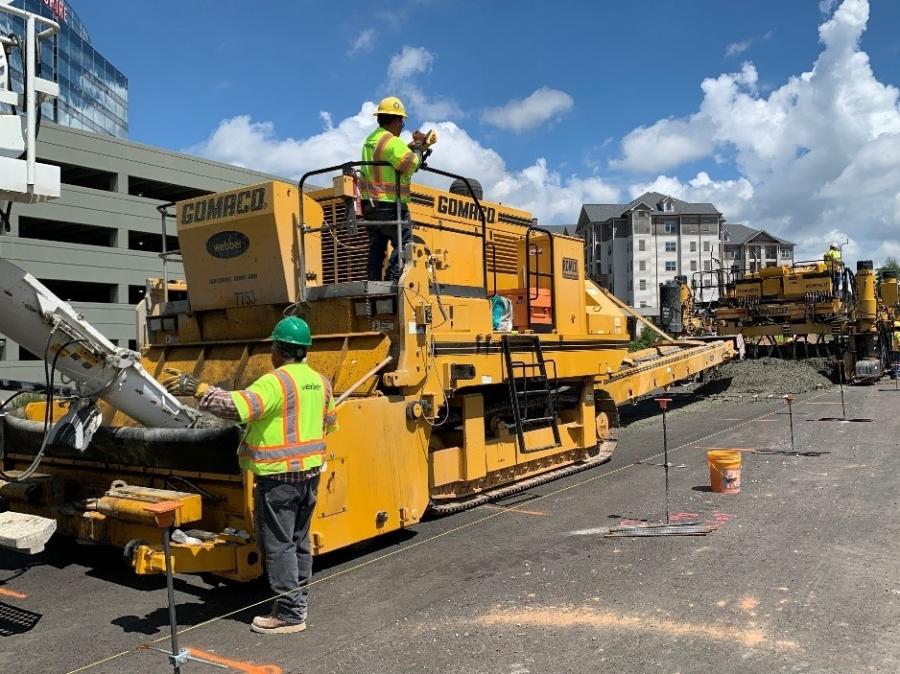 "We are just on the cusp of opening Bridge 21," said Marlo Clowers, Georgia Department of Transportation (GDOT) project manager. "That's the southbound 400 to 285 eastbound flyover ramp. It's the tallest and longest ramp in the interchange. It's over 80 feet tall and just over a mile long."

The bridge utilizes a mix of concrete and steel beams, then the steel is used to accommodate the many curves on the structure.

The $800 million priority project adds new flyover ramps, new collector-distributor lanes and other facilities to aid east-west travel along I-285 and north-south travel along SR 400. The project will improve 4.3 mi. of I-285 from west of Roswell Road to east of Ashford Dunwoody Road and 6.2 miles along SR 400 from the Glenridge Connector to Spalding Drive.

North Perimeter Contractors, a subsidiary of Ferrovial Agroman US Corps, was awarded the contract.

Major construction activities on the design/build/finance project got underway in February 2017. The project's substantial completion date was set for October 2020, after execution of a supplemental agreement to GDOT expanded the project scope to include the replacements of the I-285 bridges over Glenridge Drive and Peachtree Dunwoody Road instead of just replacing the bridge decks. The new eastbound and westbound collector-distributor lane bridges over the roadways were also lengthened. The change added $26 million to the original cost.

"GDOT saw there was an opportunity because of the need to shift I-285 traffic for replacement of the I-285 bridge over SR 400 which was previously added to the project by supplemental agreement," said Clowers. "GDOT thought we'd go ahead and take advantage of the traffic shifts by replacing all three bridges that were getting close to the end of their service life. The bridges are the 285 bridge over Glenridge Drive; 285 over 400 and 285 Peachtree Dunwoody Road. The collector-distributor lanes had to be expanded."

The crews ran into the challenge of uncovering utilities that were not expected.

One of the biggest challenges came from the location of the project. 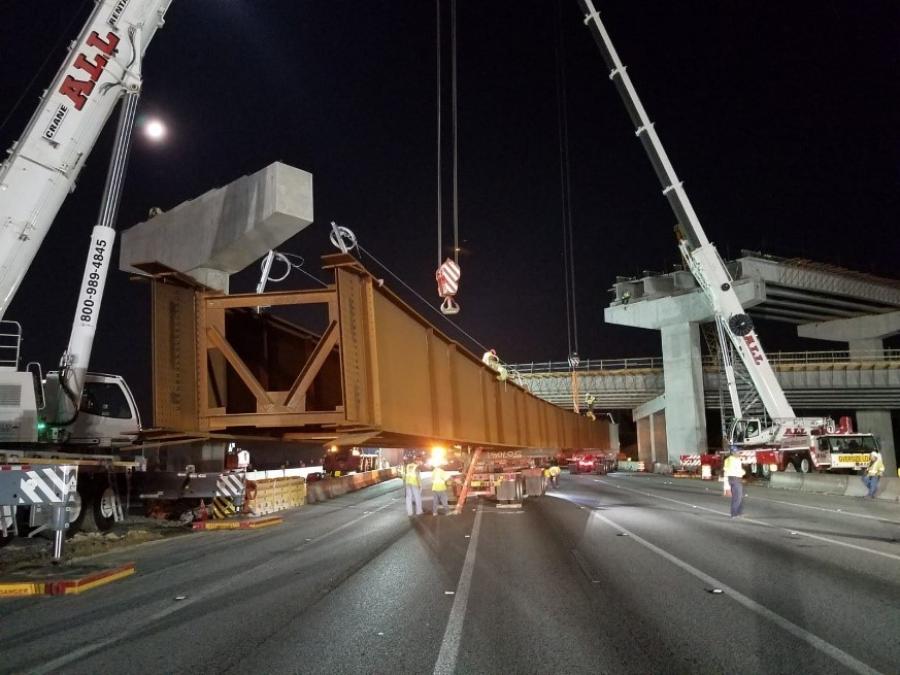 "The project is located in one of the fastest growing areas of metro Atlanta," Clowers said. "The area contains developments that generate a lot of traffic going through the interchange, which must be maintained during construction. On top of it being in a densely populated business area, there's also a significant residential area. The interchange is also adjacent to three different hospitals. With all that is going on right now in the world, you can't block travel to and from the hospitals. It's a challenge to do everything that needs to be done and still allow access to the business community and the hospitals."

The project features 32 bridges. Twenty of those are in the core of the interchange and 13 are under construction. There are also 154 walls and 16 noise barriers.

The contract requires a significant amount of employees on the job site on a daily basis, said Stephan Lively, P3 program construction manager.

"The quality model is another innovative way of how we are managing quality," Lively said. "In this instance, we contract with the developer not only for them to one stop shop, but they're responsible for final design, construction of the project and responsible for quality control and quality assurance. The remaining part of the work is done through consultants that support GDOT. They have on their side the quality assurance that performs what traditional GDOT would perform. On the owner side, we have an oversight team that performs at a minimal 10 percent verification. That verification firm works as a consultant for GDOT. They do 10 percent over the shoulder testing to confirm the results are what the developers quality assurance has done. You've got 100 percent by the developer and 10 percent verification by the consultant for GDOT."