One worker calls the job "The most important project of his life." 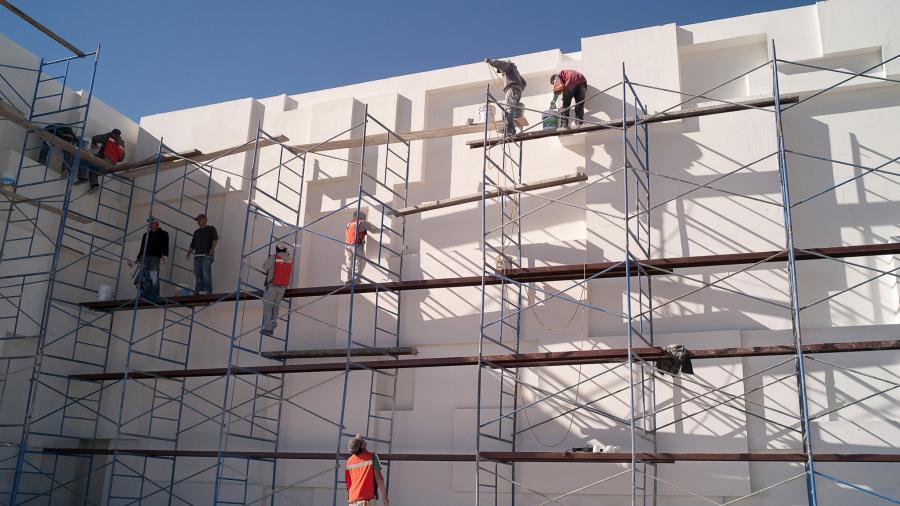 The celebratory area includes a pavilion that is 231 feet long and 66 feet wide.

CIUDAD JUAREZ, Mexico (AP) - Construction worker Lino Medrano has contributed to many projects in Ciudad Juárez, but nothing compares with the work he has done in the past few weeks.

The El Paso Times (http://bit.ly/1RzuTas ) reports Medrano's work is reflected on the stairs that lead to the altar where Pope Francis will celebrate Mass on Wednesday near the Rio Grande.

Medrano, 28, is one of about 100 construction workers who worked more than 12 hours daily for the past month to have the project finished Saturday.

The celebratory area includes a pavilion that is 231 feet long and 66 feet wide. It will accommodate 70 bishops and 150 priests.

Its highest point _ where Pope Francis will be _ is going to be 161/2 feet, according to church officials.

Medrano, who was raised Roman Catholic, said he never imagined he was going to be part of “such a significant project.” He and his co-workers wanted the altar to be as perfect as possible, he said.

“It's still work, but it's different because the pope is coming. The effort is the same, but we know it is for something very significant,” Medrano said while plastering the concrete stairs Thursday.

He said that being part of the project makes him feel special. He said he now has a special story to tell his children and future generations.

Medrano, a father of three who has worked in construction for about 10 years, said his children are excited to know that he is part of the crew that is building the altar.

And although he would like to take them to see the pope standing at the altar that he helped build, he does not expect to get tickets for the event.

Architect Alejandro Rivera, who works for Soyo Construcciones S.A. de C.V., said the project was tiring because it was decided at the last minute. Despite that, the workers are still doing a good job, he said.

“We are working at top speed to finish it,” he said.

Rivera said the altar probably will be the most important project of his life.