It literally was a whale of a job. 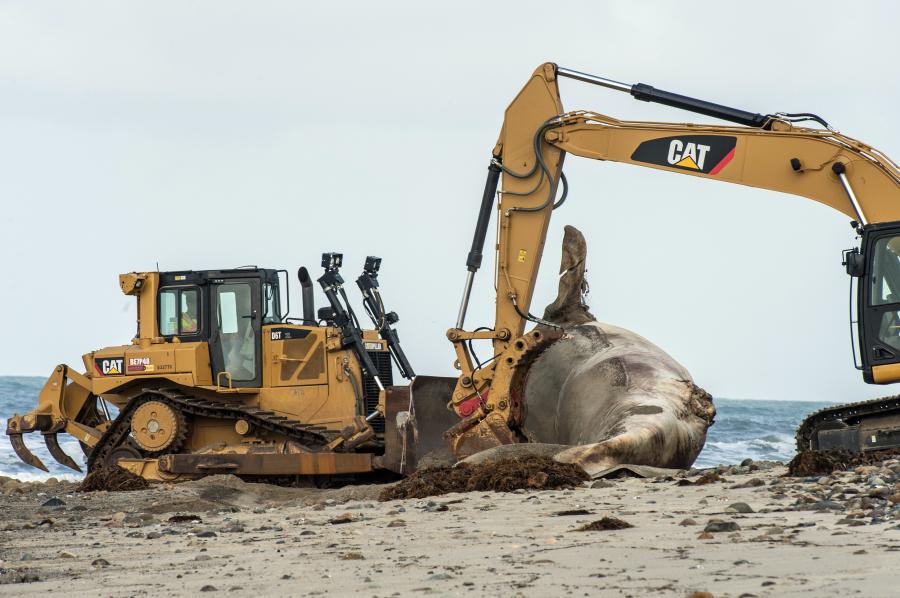 SAN CLEMENTE, Calif. (AP) It literally was a whale of a job.

A contractor working for the state parks department spent two days using an excavator to cut up the 40-ft. (12.2 m) whale, which was hauled off to a San Diego County landfill.

The end of the two-day, $30,000 project included skimming the top layer of sand off the Lower Trestles, a surfing beach near San Clemente where the whale washed ashore.

That was to eliminate any sand contaminated by the whale's body fluids.

“As they started to dismember the carcass, they said it was messy but it wasn't as messy as it could have been,” Rich Haydon, area state parks superintendent, told the Orange County Register.

“It's to be expected there will be a little bit of a smell down there for a while,” he said, “but I think we dodged a bullet.”

The whale was a tourist attraction for a few days. Despite an overpowering stench, some people skipped work or school to snap photos with the towering carcass.

However, few people were on hand for the finish.

Nick Lind of Newport Beach and Matthew Howell of San Clemente were surfing as the last remnants of the whale were being removed.

“It did have an interesting stench to it, sort of like a rotten baked potato,” Lind said. “It was overpowering when we were near shore.”

Lind said he wasn't worried about sharks that might have been attracted by the whale's remains.