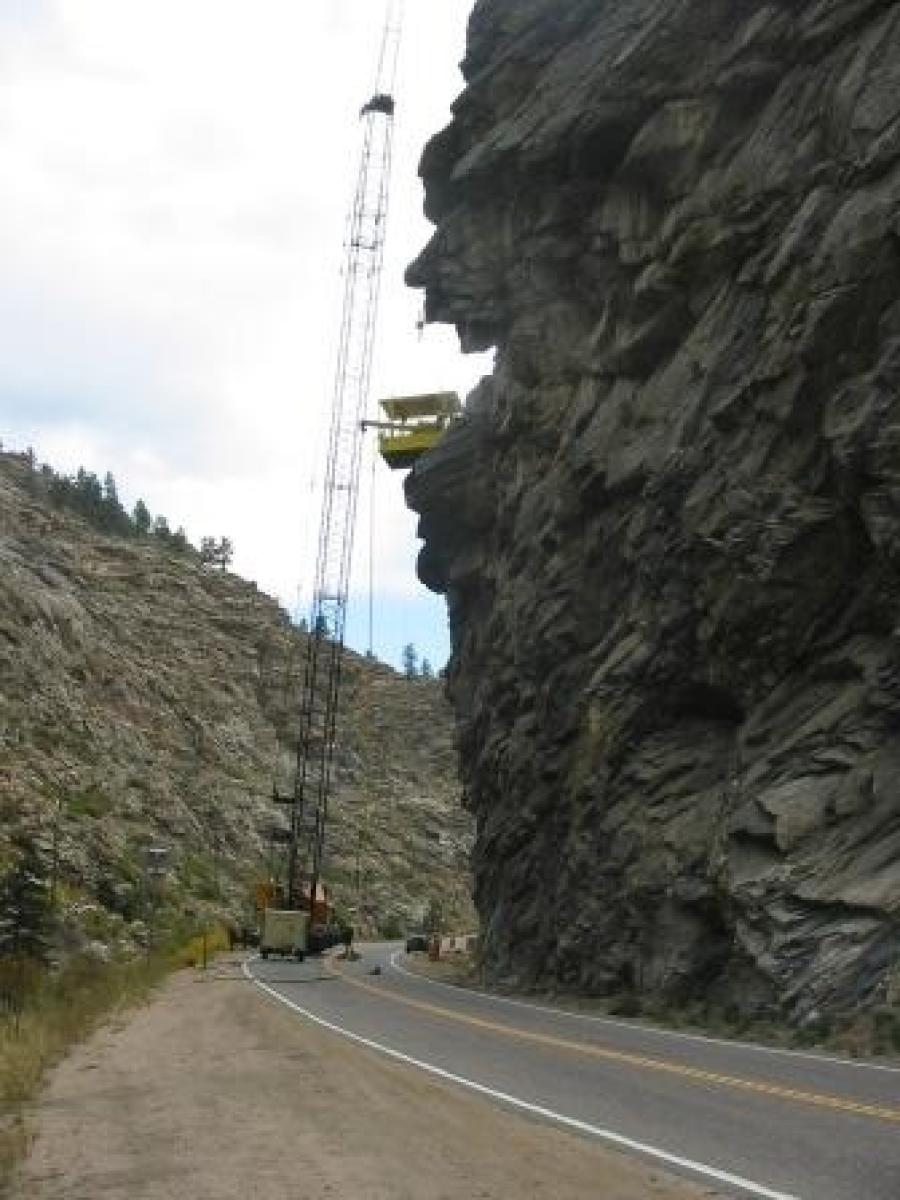 On May 8, CDOT began rockfall mitigation on I-70 at Fall River Road, just west of Idaho Springs. Work is scheduled to continue through June.

Crews will be drilling the rock face from 7 a.m. to 7 p.m., Monday through Friday, to release air pockets and loosen rock. This work, which will allow for a more productive blast, will not require a lane closure and is safe for the traveling public to drive past.

• Once a week, crews will need to blast the rock face to release loose rock, which will require a 20-minute full closure of eastbound and westbound I-70 from Fall River Road to Dumont to protect the safety of motorists and CDOT crews.

• Crews will blast from 11 a.m. - 3 p.m., between Mondays and Thursdays, though they have not set specific dates as it's difficult to know when the rock face will be ready for detonation.

• The full closure could result in 45-plus-minute traffic delays. If urgently needed, crews may need to blast the rock face more than once a week for motorists' safety.

• CDOT also will close the frontage roads near the blasting site for additional safety precautions; these holds should be only 15 minutes or shorter.

• Crews will know at least the night before when blasting will occur, and variable message signs along the interstate will be changed to reflect the upcoming closures.

• Crews will not work the Friday before or the Monday after Memorial Day.

CDOT is conducting mitigation work in response to a minor rockslide that occurred on westbound I-70 at Fall River Road in early April. CDOT's geohazards team inspected the slide and determined that mitigation work is necessary to reduce the risk of a slide in the same area in the future.