Crews Working to Build a Safer A Street in Rainier, Oregon 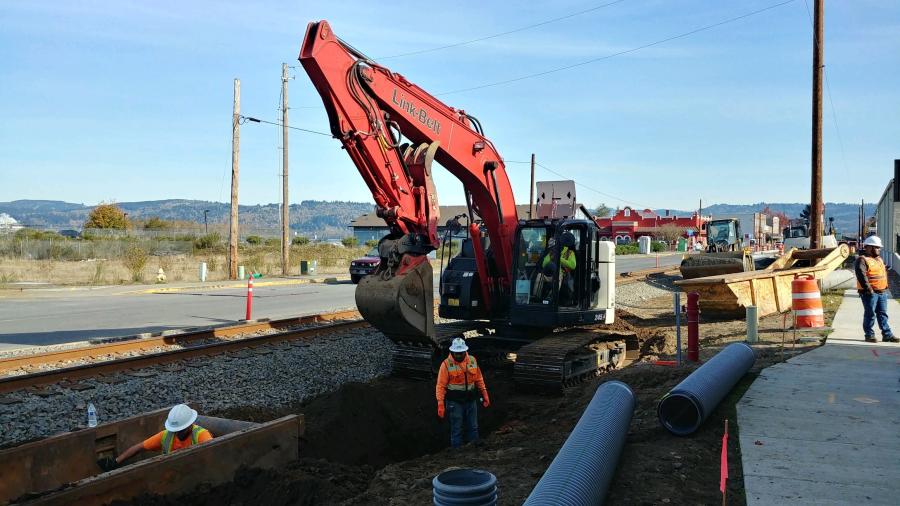 But the $12.2 million project also comes with the added bonus of the total transformation of the city's downtown from two lanes of cracked asphalt bisected by railroad tracks to a new streetscape with ADA compliant sidewalks, new crosswalks, updated railroad gates and signage, and most importantly, the "daylighting" of the existing railroad tracks. 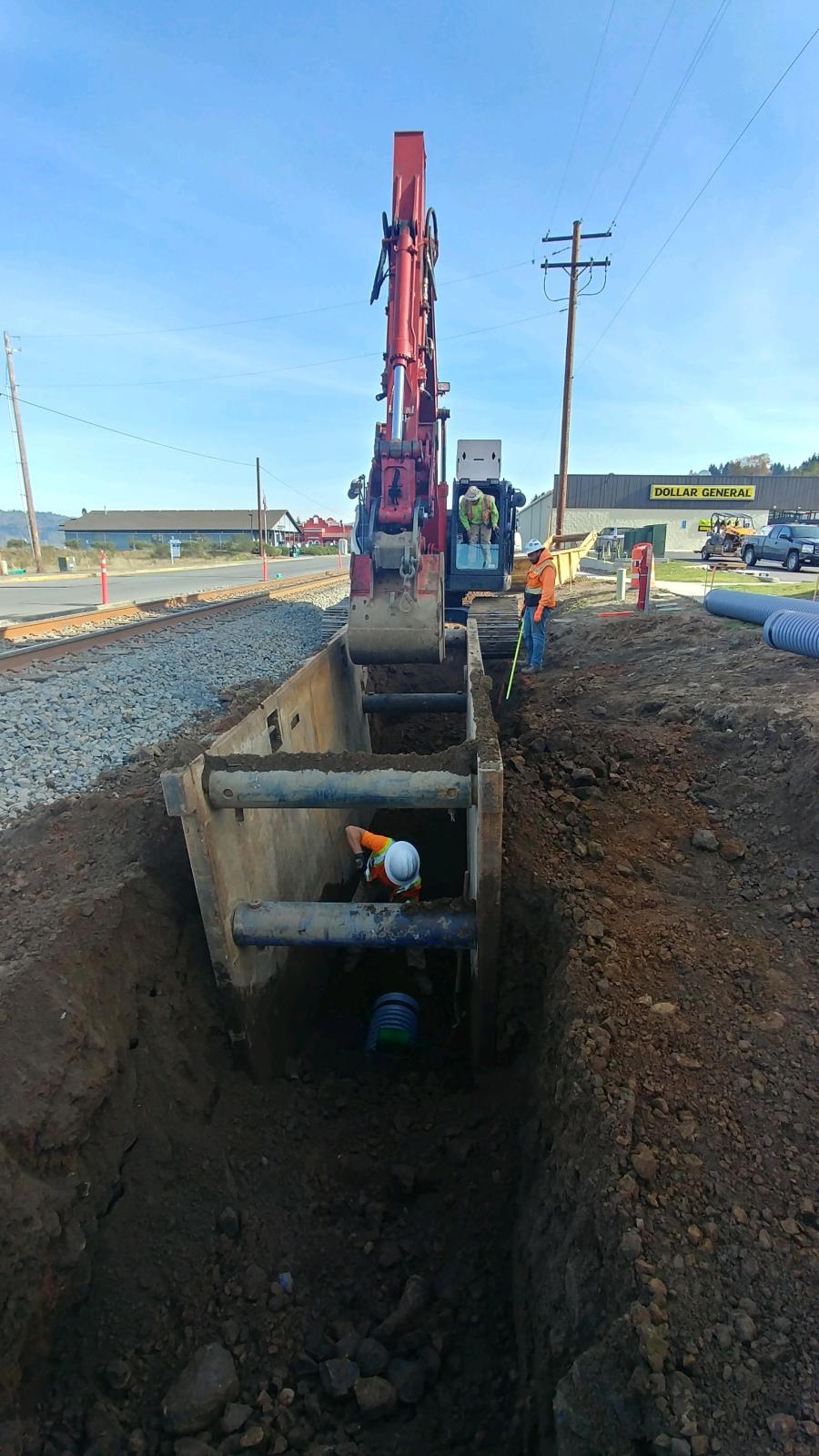 "The project will create one-way roads on either side of the track with curb and gutter separating the track from the roadways," said Lou Torres, Oregon Department of Transportation (ODOT) spokesman. "This will eliminate the asphalt road surface over the track, exposing the railroad ties and aggregate base. This is called day-lighting the track."

To lift, line and tamp the tracks, contractors use a Mark IV pronounced "Mark Four" Tamper.

"Jaws on the machine clasp the rail and lift it in the air," Torres said. "It is then shifted left or right based on need. Once in proper line and elevation, tamper work heads plunge into the ballast and vibrate the ballast consolidating it around the tie. This then holds the track in place. The buggy out front measures track alignment and relays the information back to the main body of the machine. This is how the operator knows which direction the track needs to move."

The project on A Street is nearly 13 years in the making and involves multiple entities, including ODOT, the city of Rainier and the Portland & Western Railroad (PNWR) with funding coming from nine different sources.

"The A street project is an unusual project and kind of unique from a lot of different standpoints," Torres said. "It involves working very closely with the railroad, the city and some other key players. It's a city of Rainier project, but ODOT really got involved to administer the different contracts that were involved in the project. I don't think I've ever seen a project in my years at ODOT that we got money from nine different sources. You can see there were a lot of players, a lot of skin in the game, a lot of commitments from a lot of different people to make it happen. Thirteen years — there are reasons for that. When all the agreements are put together, it took time to get them approved. It is a very complex project. It was much longer than normal for project approval." 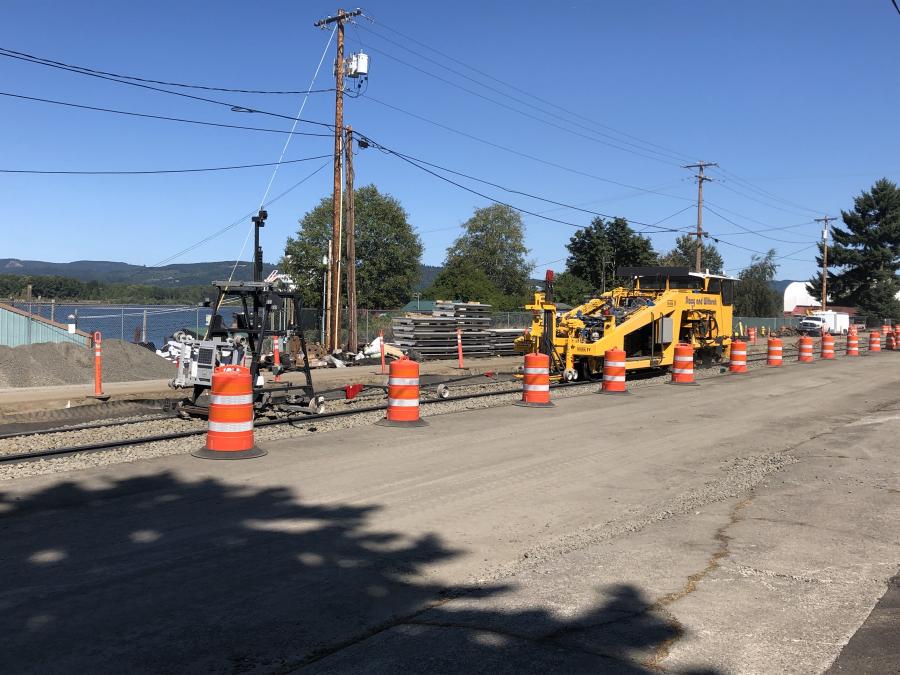 Staging began in August 2018, with construction beginning in September 2019 and completion set for 2020.

"We had a public meeting during the summer," Torres said. "It was an open house with PNWR, ODOT, the city. Everybody was there. It really attracted a lot of people. We're really excited about the energy of the people coming to visit and find out about the project. That whole A street area, not only was it unsafe because the way the railroad crossed right down the middle of the street, but also the asphalt and driveability was getting really poor. It was a safety hazard for freight, autos, bikes, pedestrians … you basically could back up your car and go over the rail line. It was really part of the road essentially, so that really made it a hazard."

The project covers an eight-block section and includes upgraded and relocated utilities, new street lights and new parking, the latter a solution to a problem that could have made the project controversial at best.

"Because this project redesigns the whole area, we had to take out some of the parking that the businesses had over many years, but we had to do that to fit in the curbs and all," Torres said. "The city came through with a plan that they would add off street parking. They built a parking lot downtown that allows people to park there. That was really important. We're extremely excited to get to this point where we can see this really transformational project happen now."

The contractors on the project are railroad contractor Stacy-Whitbeck Inc.; Advanced Excavation Services, which did the early pipe package and the waterline installation for the city of Rainier; Thompson Brothers Excavation, which is the prime contractor on the ODOT portion of the project. CEG