Crossing the 'Yough' in Ohiopyle, Pa. 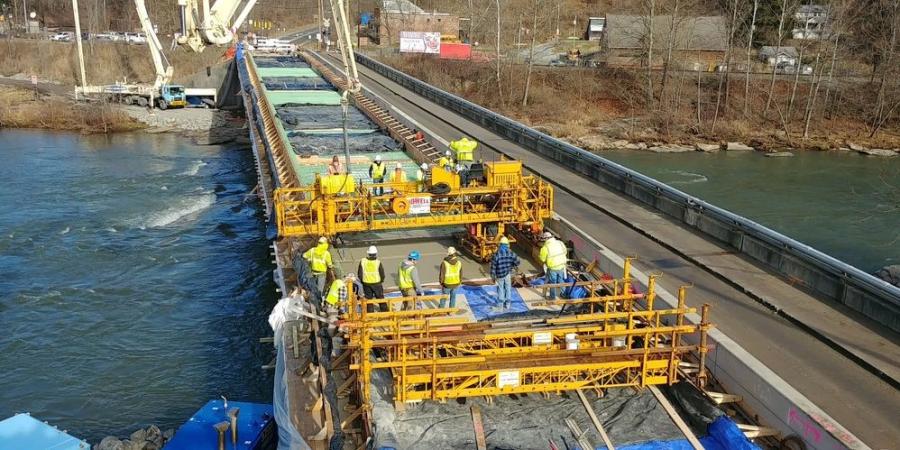 The Ohiopyle Multimodal Gateway Project will be finishing up shortly in Ohiopyle Borough, Fayette County, Pa.

According to Jay Ofsanik, acting press officer of the Pennsylvania Department of Transportation (PennDOT) District 12, this project is to improve the Route 381 (Main Street) corridor by minimizing conflict points to better serve all users and all modes of travel. 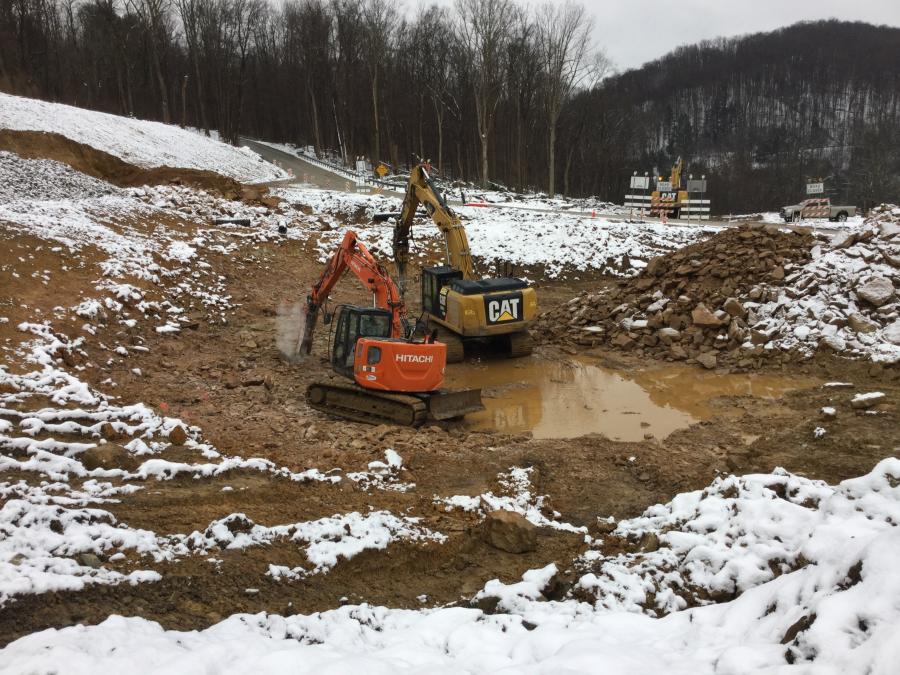 "This project will focus on improvements to better serve all members of the traveling public and result in a cohesive multimodal corridor," he said.

Plum Contracting Inc. is the prime contractor on the $12.4 million project, with Brian Miller in charge.

"The project was different in that the work was restricted to the off-seasons between Labor Day and Memorial Day," Ofsanik said. "No work was conducted during the summer months in order to minimize the effect on summer tourism."

He noted that Ohiopyle is one of the most popular state park destinations in Pennsylvania and every effort was made to minimize any negative effects.

Ohiopyle State Park encompasses approximately 20,500 acres of rugged natural beauty and serves as the gateway to the Laurel Highlands. Millions of visitors reportedly pass through annually.

Construction began in the fall of 2018. Due to the unexpected statewide shutdown of projects, the expected completion date became July 3, with final work being done by September. 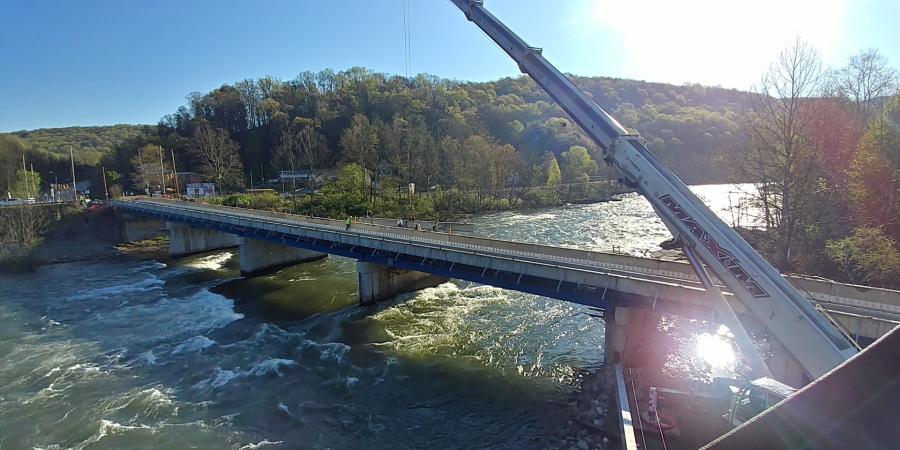 Work on the project was in accordance with Centers for Disease Control and State Department of Health guidance, as well as a project-specific COVID-19 safety plan, which includes protocols for social distancing, use of face coverings, personal and jobsite cleaning protocols, management of entries to the job site and relevant training.

PennDOT's District 12 executive is Joseph Szczur. The project manager is William Beaumariage and the PennDOT inspector is Chris Bardi, who serves as the onsite manager.

He reported that another 6,300 cu. yds. of various sizes of rock was placed in and around the job site, either in fills, drainage channels or the rock buttress that was built to prevent the hillside from sliding once it was excavated to make room for the new alignment of Sugarloaf Road.

Bardi reported that the deck and bridge approach slabs were "grooved."

"Technically, it's referred to as ‘texturing bridge deck concrete wearing surface' per Special Provision-language," he said.

This work was done by subcontractor Pennhall Company.

Subcontractor Pitt Industrial sawed through the existing bridge barrier in a vertical position. 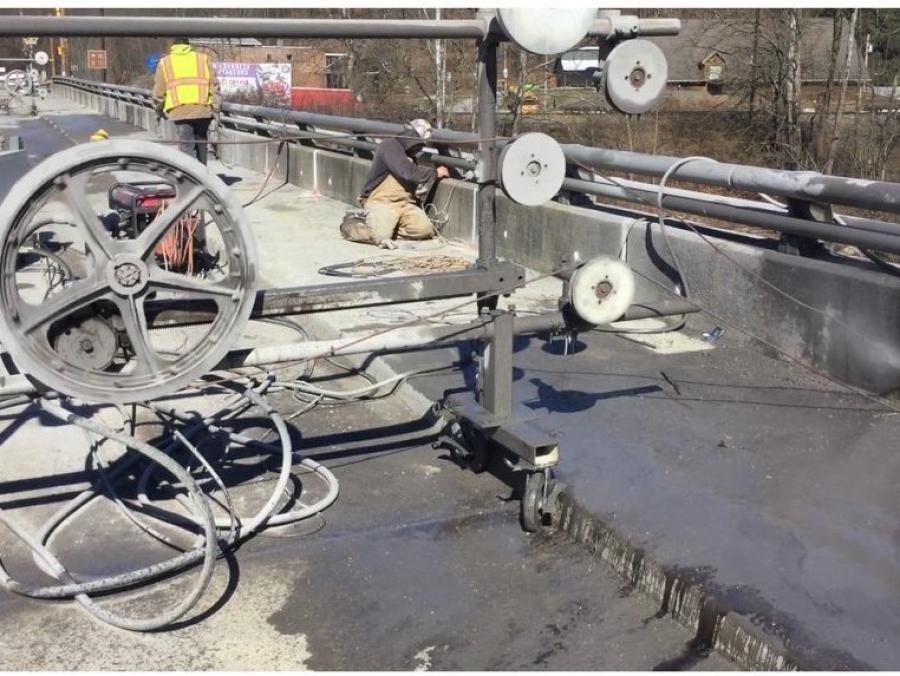 "The nickname for the saw they're using is called a ‘rope saw.'" Bardi said. "There's diamond tips on the ‘belt' that cuts through the concrete. The challenge here for the contractor is figuring out how to remove over 300 feet of barrier in the quickest way possible due to time-constraints of the schedule. The solution is to cut up the barrier in ‘pieces' so they aren't too heavy to lift."

Howard Concrete Pumping Company Inc. helped to overcome another challenge, according to Bardi, which was how to get concrete from the ground into the bridge deck without interfering with traffic. They used a concrete pump truck and a concrete delivery truck to do so.

"The challenge was to try to pave the two paving courses during the same shift," Bardi said. "Folino decided to perform this work during the middle of the night in hopes the first layer of asphalt would cool enough to permit the second layer to be placed upon it soon thereafter."

Subcontractor Beeghly Tree LLC used a bucket truck to remove the larger trees in the area.

Project specifications also stated that snow removal within project limits had to be performed as part of contract work. This was done by Plum Contracting with a snowplow kept on site.