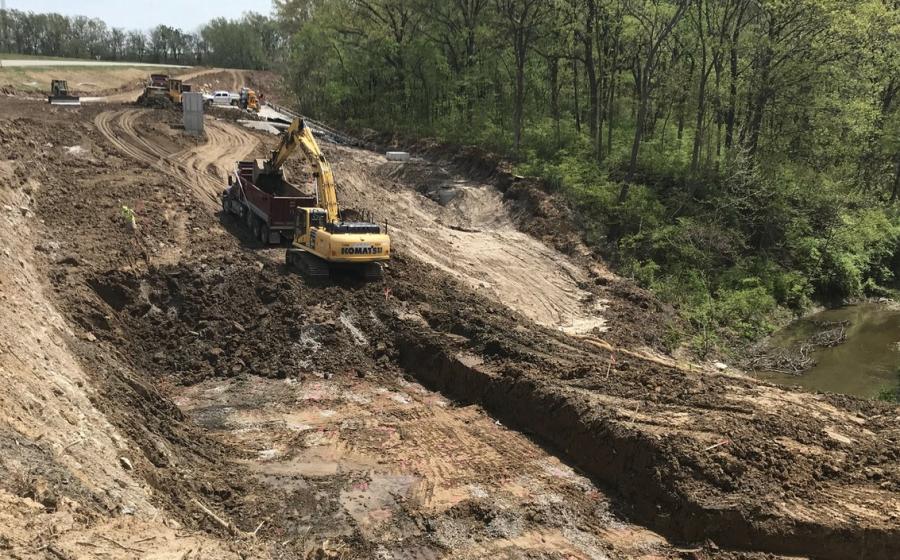 The Turner Diagonal sits at what is known as “the crossroads of the country” — about a two-day drive from 85 percent of the U.S. population. (Kansas Department of Transportation photo)

There's been talk around Kansas City of the need to modernize the outdated Turner Diagonal on I-70 for at least eight years.

Then, about three years ago, stakeholders learned of the availability of a federal grant, applied and were awarded it. 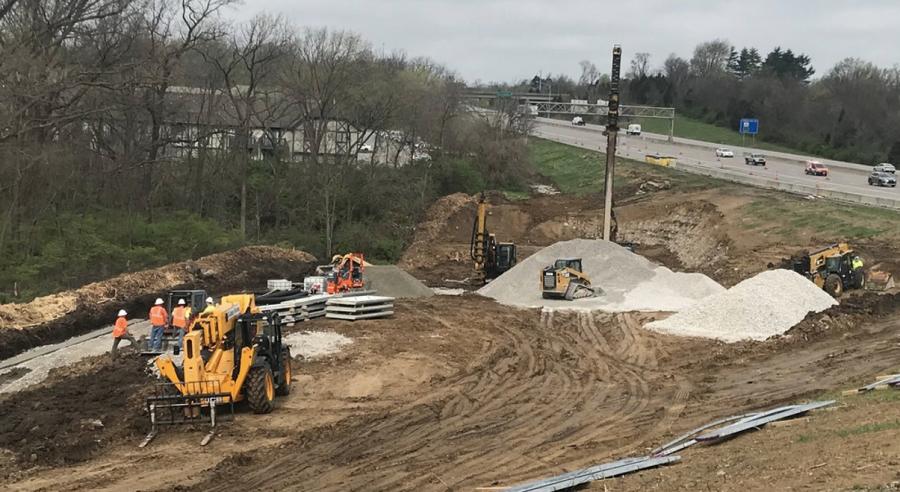 for at least eight years. Then, about three years ago, stakeholders learned of the availability of a federal grant, applied and were awarded it.

"The thing that makes it a really exciting project is the pure number of organizations that made it happen," said Dave Reno, interim public information officer of the Unified Government of the Wyandotte County and Kansas City, Kan. "We've got federal, state, local and private entities all working together."

There is, however, just one small catch — the interchange has to be open by August 2020, leaving the contractor, which was awarded the bid in early January, less than eight months to complete the job.

The Turner Diagonal sits at what is known as "the crossroads of the country" — about a two-day drive from 85 percent of the U.S. population, according to Reno. It sees 65,000 vehicles per day, 25 percent of which are trucks, is close to other major highways and a key link to a national freight corridor. It also serves as the primary route on the Kansas Statewide Freight Network.

The $23 million project will modernize the existing interchange, which Reno calls "a mess of roads that have to be maintained."

The contract was awarded to Clarkson Construction of Kansas City, Mo. 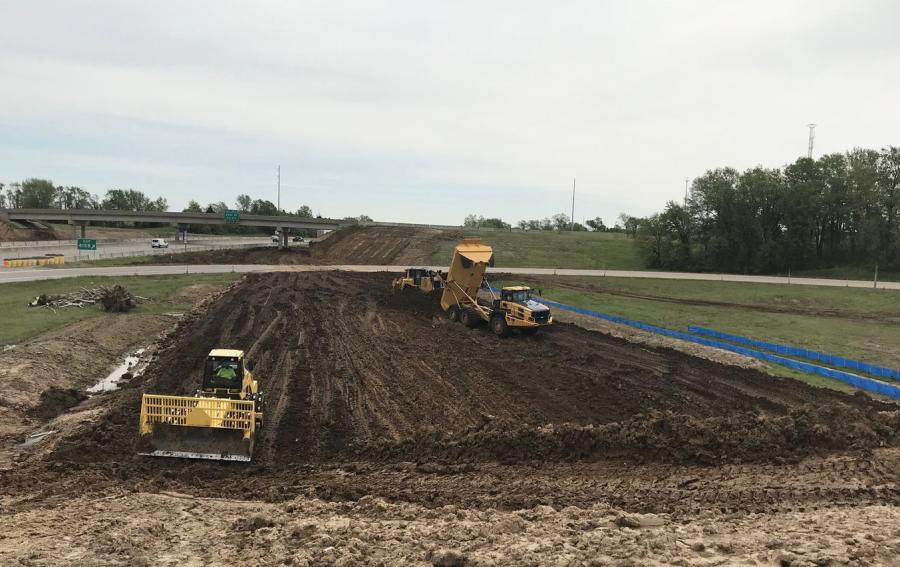 "The structure work is pretty minor," said Bryan Wilkerson, senior project manager. "We are going to rehab a couple of bridges and we're going to redo the existing interchange and put in a diverging diamond interchange, which encompasses a lot of grading work. Three MSEs [mechanical stabilized earth walls], new paving, traffic signals and lighting are the main components."

Soil on site is in poor condition and not very strong, Wilkerson said. Crews will put in 30 ft. of dirt, over existing ramps as they realign new ramps.

"That is going to settle," Wilkerson said. "You can't pave or build some of these walls until the settlement has decreased. One of the challenges we have is balancing cost and schedule. We know we have to get the road open. How much money do you spend to decrease the settlement time? So we have not only a short time frame, but settlement time delays."

Crews also will build geopiers, drilling 36-in. diameter holes 40 to 60 ft. into the earth, then filling the holes with rock aggregate. The rock is vibrated to displace the soil with condensed columns on a 9-ft. triangular grid under the footprint of these walls. Specialized equipment for the geopiers was delivered in March.

The upgrade to the interchange includes shrinking the footprint, opening up 300 acres of land that is already in the initial stages of development.

According to a fact sheet on the project, "The Unified Government partnered with the Kansas Department of Transportation (KDOT), the Kansas Turnpike Authority (KTA), and North Point Development in determining solutions to address infrastructure and transportation needs consistent with the new vision for the Turner Diagonal corridor." 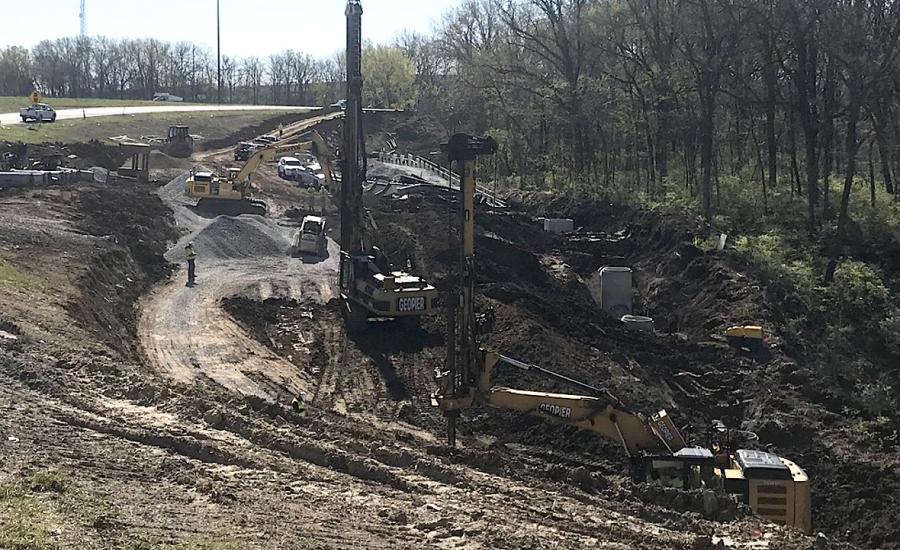 A proposed solution was identified through transportation studies and engineering analysis. The Unified Government sought funding for the project through a combination of sources from the project partners and federal grant programs. Because of its sustained commitment to the economic potential for this area, the Turner Diagonal Project was awarded a federal BUILD (Better Utilizing Investments to Leverage Development) grant for $13 million, which makes up 46 percent of the project funding. The ability of the partnership to show a diverse funding stream was instrumental in receiving the federal grant. The remainder of the project costs will be funded by commitments from UG, KDOT and North Point Development.

One of the critical components of meeting the tight time frame is teamwork, Wilkerson said.

"We try to instill try that everyone is going to have wants, issues, challenges and those are everybody's," he said. "We try to instill in them the need to be transparent and trustworthy. As soon as you get that trust, people open up more and share their concerns, knowing the team is not going to degrade them, but work together and find the best solution for it." CEG