The $5.6 billion transformation is part of New York’s $100 billion infrastructure program, the largest in the nation. 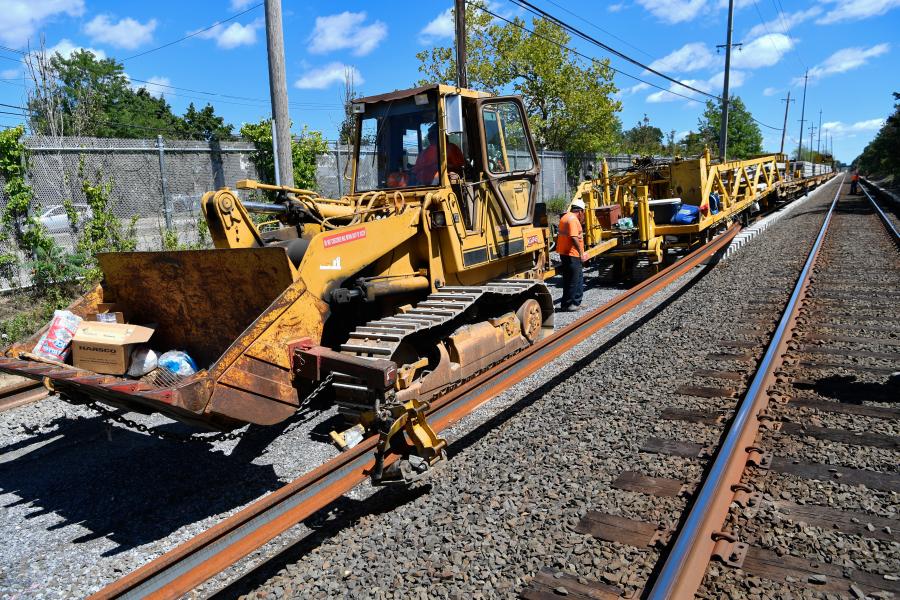 Darren McGee/Office of The double track project will be completed next summer — 16 months ahead of MTA’s planned schedule. (Gov. Andrew M. Cuomo photo)

The $5.6 billion transformation is part of New York's $100 billion infrastructure program, the largest in the nation. A central component of this plan is building a new Hudson Tunnel between New York and New Jersey and rehabilitating the existing tubes.

The Gateway project will connect travelers from across the Northeast corridor and bring riders into the heart of the system. This critical project is complemented by the development of the new Penn-Farley Complex, featuring the new Moynihan Train Hall, a $1.6 billion, 255,000 sq. ft. facility which is expected to open in 2020. The Penn-Farley Complex also includes the newly opened West End Concourse, which enables LIRR commuters to board trains without entering Penn. Additionally, the transformative East Side Access project will create the first direct LIRR service to the east side and increase capacity to and from Manhattan.

“With the complete transformation of the Long Island Railroad, New York is recapturing the bold ambition that made our infrastructure the envy of the nation and building for the future. The LIRR is the backbone of the region's economy, and the strength and resiliency of Long Island requires bold, transformative investments to bolster our transportation network,” Cuomo said. “From the previously unthinkable third track and second track projects to state-of-the-art technology and signal upgrades, we are daring to imagine better and delivering for the people of New York once again.”

The $2 billion LIRR Expansion Project will add a third track to 9.8 mi. along the congested main line of the LIRR between Floral Park and Hicksville, and eliminate all seven street-level grade crossings within the project corridor. With 40 percent of LIRR passengers going through the main line, and the project corridor's critical central position in the LIRR system, delays in the project corridor have rippled across the entire LIRR and impacted thousands of commuters.

At the governor's direction and after 70 years of stagnation, the state, MTA, local officials and Long Island communities are moving forward on this $2 billion project. The transformative new plan differs significantly from past proposals. The plan takes no residential properties; eliminates seven street-level grade crossings; and widens or increases the height of seven bridges across the line to prevent bridge strikes. Additionally, five new energy-efficient parking facilities with the capacity for 3,500 vehicles are being built in coordination with the Villages of Mineola and Westbury and the Town of Oyster Bay. The facilities will include local on-site management offices.

As part of the transformative third track project, the state is undertaking a comprehensive noise abatement program — replacing all tracks and building the new third track with advanced dampening technology. The project includes sound-reducing walls along nearly 6 mi. of residential neighborhoods along the main line, and features architectural treatments to complement the surrounding environments.

To ensure community input throughout the entirety of the project, the state is entering into memoranda of understanding with the communities on the main line third track. The MOUs will invite input on project design, including aesthetic design of certain project elements such as sound walls, consideration for traffic and parking, utilities, drainage, pest and dust control, transit-oriented development, construction schedule and duration and community safety and quality of life.

Ridership on the LIRR's Ronkonkoma branch is more than 48,000 each weekday. With just one track along most of the route between Farmingdale and Ronkonkoma, the LIRR can operate only a limited number of trains and lacks operational flexibility in the event of a disruption. The project will reduce delays associated with service disruptions by giving the railroad flexibility to go around obstacles that it cannot currently in single track territory.

The double track project will be completed next summer — 16 months ahead of MTA's planned schedule.

Due to lack of east end storage, the state is building a $128 million Mid-Suffolk storage yard in Ronkonkoma. The Yard will provide additional space for train car maintenance, inspections and servicing for the electric fleet and thus allow the LIRR to increase service during the a.m. rush by almost 50 percent, adding eight westbound trains to the current a.m. schedule. The state also is building 11 additional tracks across 13 acres at the Mid-Suffolk train storage yard, each with the capacity for a 12-car train set. To support the storage yard's operations, the state also is building a new, 28,000 sq.-ft. LIRR command facility.

The configuration of tracks at Jamaica Station has not been updated since the station opened in 1913. As part of a $375 million project, the state is reconstructing Jamaica Station, which handles nearly all LIRR trains, including higher speed switches and new signals, and a new platform to streamline operations and increase service capacity to Atlantic, Penn and Grand Central.

The project includes a construction of a dedicated track to Atlantic Terminal so trains do not have to use crossovers to access Brooklyn, as the current configuration requires. This track will provide Brooklyn-bound customers a dedicated “scoot” train and the new platform will feature glass-enclosed, heated waiting areas, as well as Wi-Fi and USB charging stations allowing customers to stay connected and charge their phones while they wait for the train. The project will also lengthen five existing platforms to accommodate full-length, 12-car trains to reduce station crowding and resulting delays.

The state also is fortifying an additional 12 bridges and replacing and upgrading 13 electric power substations.

To improve passenger experience, flow and convenience, the state is enhancing 39 stations across the system.