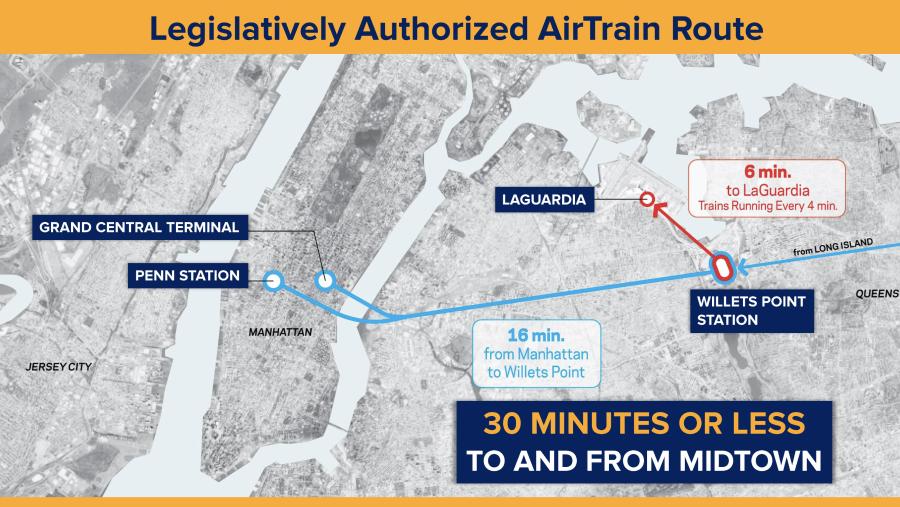 NEW YORK (AP) A rail line that will let train passengers travel between midtown Manhattan and LaGuardia Airport will be started with the signature of legislation by New York Gov. Andrew Cuomo.

“How can you not have a rail train to the city from a New York airport? I mean, it's just incomprehensible, right?,” the Democrat said June 25 before signing the AirTrain construction bill into law after detailing the plans during an event at the World Trade Center in lower Manhattan.

The $1.5 billion plan calls for an elevated train line connecting the airport with the No. 7 subway and Long Island Rail Road stations in Queens at Willets Point, location of Citi Field, home of the New York Mets.

Officials said the new 1.5-mi. (2.4-km) line will get travelers to the airport in 30 minutes from either Penn Station or Grand Central Terminal in Manhattan. LaGuardia, the region's only airport without direct rail access, is undergoing a multibillion-dollar redevelopment of its aging terminals.

The train-to-the-airport measure, passed by the Legislature as it wrapped up its 2018 session, lays out a corridor where the rail line could be constructed while allowing for multiple potential alternatives to be considered as part of the environmental review process. That process, required under state law, will begin this year and be completed in 2019, officials said. 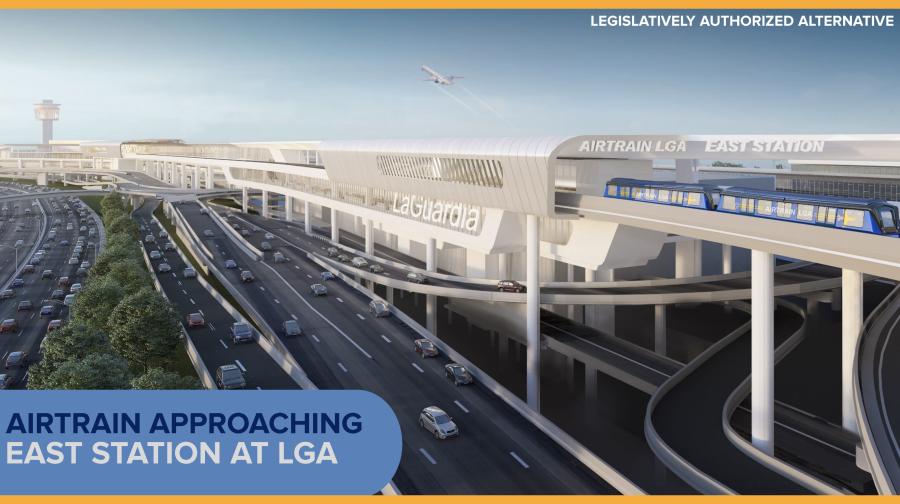 Construction is expected to begin in 2020, with the project's completion set for 2022, officials said.

Officials with the Port Authority of New York and New Jersey, the airport's operator, said the AirTrain will have two stops at LaGuardia, one at the Delta terminal and the other at the main terminal. Both are still under construction as part of the state's $8 billion rebuilding of an airport once compared by then-Vice President Joe Biden to a Third World facility.

“For too long, LaGuardia Airport has had the dubious distinction of being the only major East Coast airport without a rail link, and that is unacceptable,” said Rick Cotton, Port Authority executive director.

The legislation authorizes the state Department of Transportation to acquire publicly-owned land within the construction corridor once it's established. State officials said no private property would be impacted.