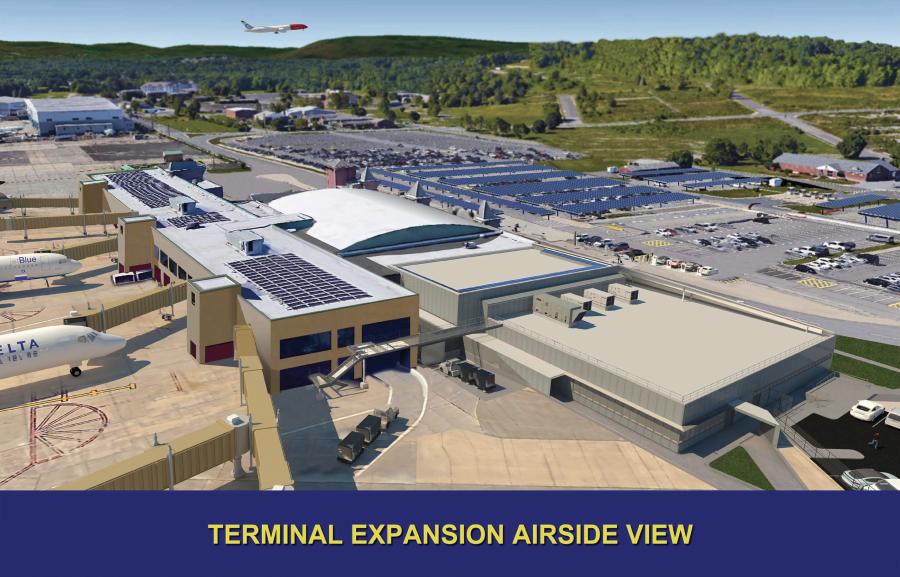 New York Gov. Andrew M. Cuomo unveiled the 17th proposal of the 2018 State of the State: invest $34 million to modernize and expand Stewart International Airport in Orange County. The Governor is calling on the Port Authority to approve the investment, which would increase access to world-class destinations and attractions throughout the Mid-Hudson Valley by supporting the construction of a permanent U.S. Customs and Border Protection federal inspection station.

The new FIS will allow the airport to handle both domestic and international flights, while providing an improved passenger experience for all travelers. Additionally, as part of this modernization effort and to improve its name recognition, the airport will be rebranded as New York International at Stewart Field. The airport has experienced low passenger rates in recent years, and with this renaming and the addition of regularly scheduled trans-Atlantic service in 2017 for the first time, New York International will attract more travelers from the Metropolitan area looking for alternative, efficient transportation.

“By transforming Stewart Airport into a state-of-the-art transportation destination, we are providing an inviting gateway to the region and supercharging an economic engine for the entire Mid-Hudson Valley,” Cuomo said. “This international transportation hub will provide a world-class passenger experience, attract new visitors and businesses and continue to move the Mid-Hudson Valley forward.”

This investment will support the Governor's ongoing efforts to expand transportation infrastructure across the entire state, while helping to connect residents and visitors to businesses, recreation and tourism destinations throughout the Mid-Hudson Valley.

This transformative proposal includes the following investments and actions:

The airport's current name does not communicate to travelers and visitors booking flights to the region where the airport is geographically located. The Governor's proposal to change the name to New York International at Stewart Field will help attract additional flight service to the region and increase name recognition among residents and visitors.

This proposal has already received strong support from the local community as it preserves the heritage of the Stewart family name in the Mid-Hudson Valley region.

Constructing a permanent FIS will support the airport's potential to grow flight activity and passenger volume, while fostering the continued growth of economic development and tourism in the Mid-Hudson Valley region. The airport provides an alternative option for residents and visitors in Mid-Hudson and downstate metropolitan area, specifically traveling to international destinations.

The Governor announced in February a partnership between New York International and Norwegian that will generate $36 million in economic activity and create 230 new jobs in the region. The airport began offering trans-Atlantic flights for the first time in June and July, with service to Belfast, Northern Ireland, Dublin and Shannon in Ireland and Edinburgh, Scotland. The expanded FIS would support continued passenger volume growth from these new international flights and increase bookings.

The permanent federal inspection station will:

• support the capacity to screen up to 400 international passengers per hour;

• facilitate hardstand operations, including transportation of passengers from terminals to airplanes.

Increasing passenger volume will support the regional tourism industry, as New York International is currently home to the New York Air Show, which already draws tens of thousands of people to Orange County and contributes more than $5 million in economic impact every year. In addition, with the development of LEGOLAND in Goshen, the Resorts Catskill Casino and other regional businesses have expressed interest in flying guests through the airport, which further supports the need to increase its capacity.

To provide an improved travel experience for customers, the current Stewart Airport Express private bus carrier will be enhanced and rebranded, providing service from the airport to and from the Port Authority Bus Terminal in midtown Manhattan. Service will be offered on a schedule corresponding with Norwegian flights. The bus carrier, CoachUSA, offers 80-minute travel times between NYC and the airport via the Stewart Airport Express, which will be branded with New York-themed colors and promoted to support the airport's overall marketing efforts to boost tourism in the region.

New bus “skin” decal will be used to rebrand the shuttles with an emphasis on the new name, New York International.

To build on the Governor's achievements in reducing greenhouse gas emissions and developing clean economies, the Governor is calling upon the Port Authority to release an RFP to create a solar “carport” photovoltaic system at New York International, which will be built, installed, owned, operated and maintained by the selected proposer.

The solar installation would be constructed over sections of the parking lot outside the main terminal building, utilizing overhead canopies that would support arrays of solar panels. The project could generate 1,100 kW and produce most of the electricity used by the main terminal on an annual basis. The design would meet specific Port Authority requirements that would prevent glare along flight paths and deter control tower disruptions.

The project would also be consistent with New York State's Reforming Energy Vision energy strategy to reduce greenhouse emissions and the Governor's goal to achieve 50 percent of electricity to come from renewables by 2030.

The cost of the project is estimated at $7 million, which is expected to be privately financed based on a long-term power purchase agreement with the Port Authority. The project construction duration is approximately one year from the award date.

New York airports are the gateways to the Empire State, and in order to continue building on record-breaking numbers of visitors and spending, the Governor's investments are modernizing air travel through with the launch of the Upstate Airport Economic Development and Revitalization Competition, and redevelopment of JFK and LaGuardia airports in New York City. These projects are essential to boosting tourism, remaining competitive in today's global economy, and supporting the construction of a new NewYork.