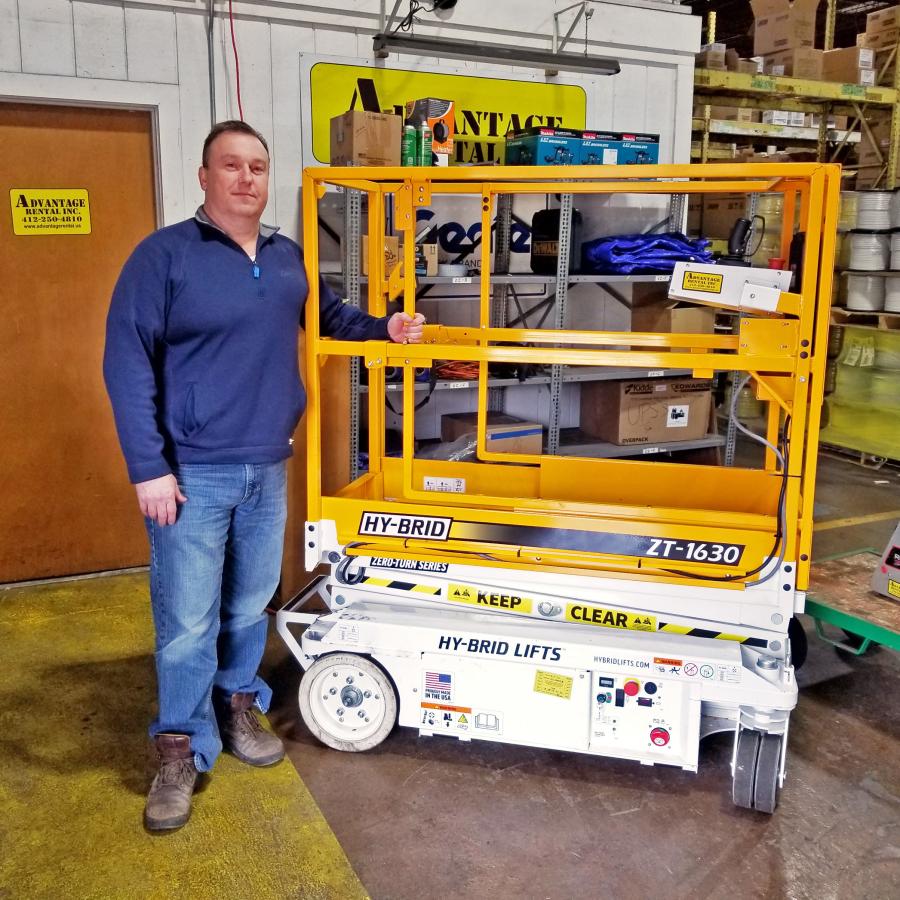 John Ganiear, rental manager of Advantage Rental Inc., ordered the first shipment of ZT-1630 lifts from Hy-Brid Lifts. The rental center has experienced positive customer reactions to the ZT-1630, which was recently introduced to the market by Hy-Brid Lifts as part of the company’s Zero-Turn Series.

Hy-Brid Lifts delivered the first order of ZT-1630 lifts to Advantage Rental Inc., a division of Scott Electric. The ZT-1630 is part of Hy-Brid Lifts' zero-turn series, which was recently introduced as part of its next generation of low-level, all-purpose lifts. The rental center placed an order for the new models soon after its release and has since experienced positive customer feedback.

"I jumped on the opportunity to order the new models from Hy-Brid Lifts because I was so impressed with their previous lifts," said John Ganiear, Advantage Rental Inc. rental manager. "The ZT-1630 features fit the specific needs of our customers in many industries, and these lifts fill a gap that we hadn't previously offered in our lineup." 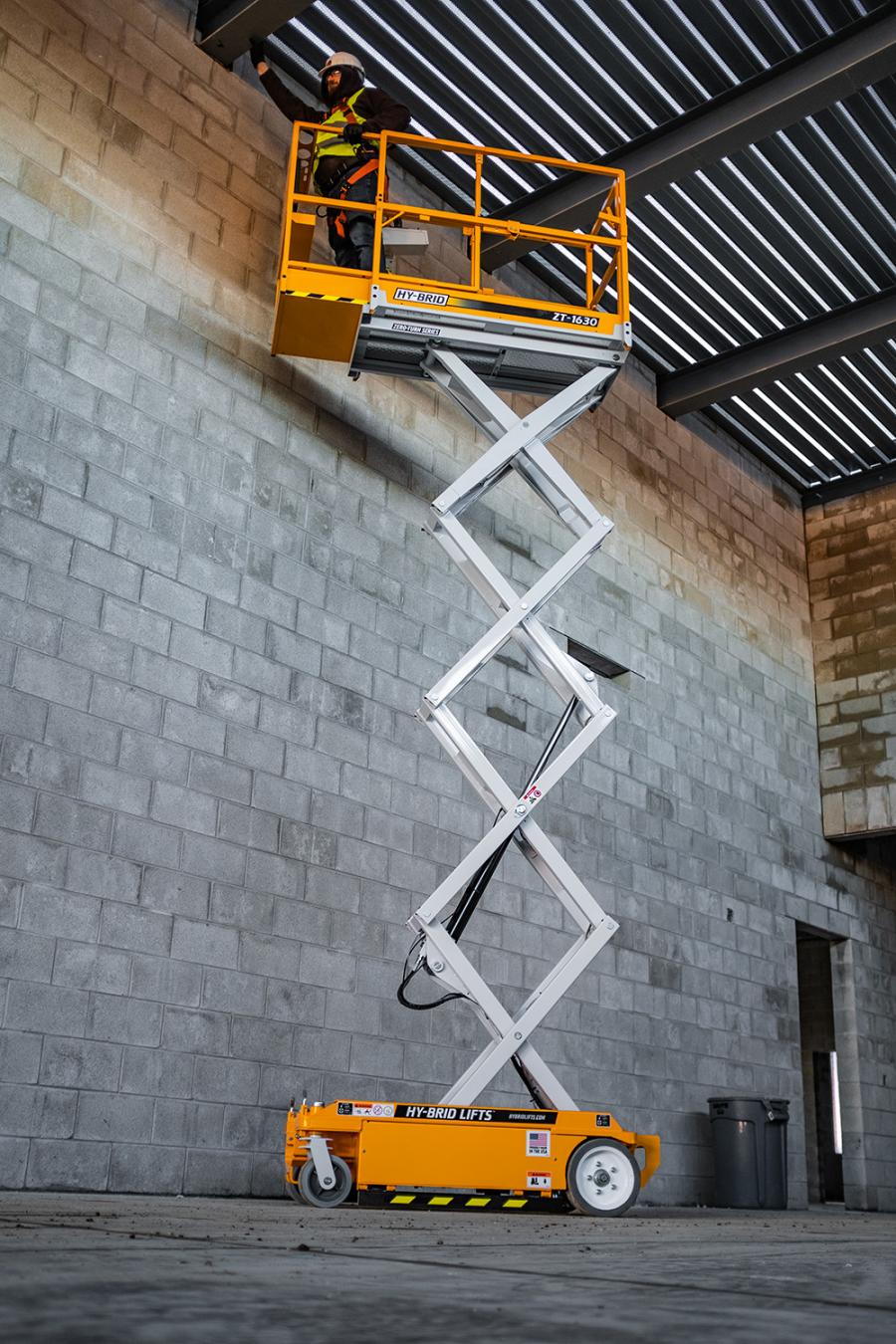 Hy-Brid Lifts designed the ZT-1630 for precision maneuverability, featuring a zero-turn radius and a simple point-and-go-style drive. Advantage Rental customers often require precise, compact lifts, as they work primarily in the electrical contracting, plumbing and mechanical contracting industries. The ZT-1630 weighs 1,785 lbs. (810 kg) and lifts up to 650 lbs. (295 kg), which is typically more than enough for one operator and required materials. The lift delivers a 16-ft. (4.8 m) platform height and a working height of 22 ft. (6.7 m).

"Our customers are doing everything from changing lightbulbs in hospital hallways to installing overhead pipe or electrical line," Ganiear said. "They need a lift that's compact enough for small hallways and elevators, and the ZT-1630 is just that. These lifts do not require folding rails, something a lot of competitive models require. Customers ask for lifts without folding rails, and have been impressed with the Hy-Brid model."

Advantage Rental offers free delivery on most orders, which makes the compact and lighter-than-average ZT-1630 ideal because of its easy transport. Competitive models often weigh upwards of 3,000 lbs. (1,360 kg), which limits their transportability. Ganiear said that he and his team are able to transport the lifts in a standard box truck instead of requiring a trailer or additional large equipment.

The ZT-1630 is a safe and secure alternative to a traditional mast lift, and meets all ANSI A92.20 standards, according to the manufacturer. The scissor stack supports the weight of the platform with four points of contact while mast lifts are supported by only one point of contact. The lift also provides the operator a larger work area than standard mast-style lifts. 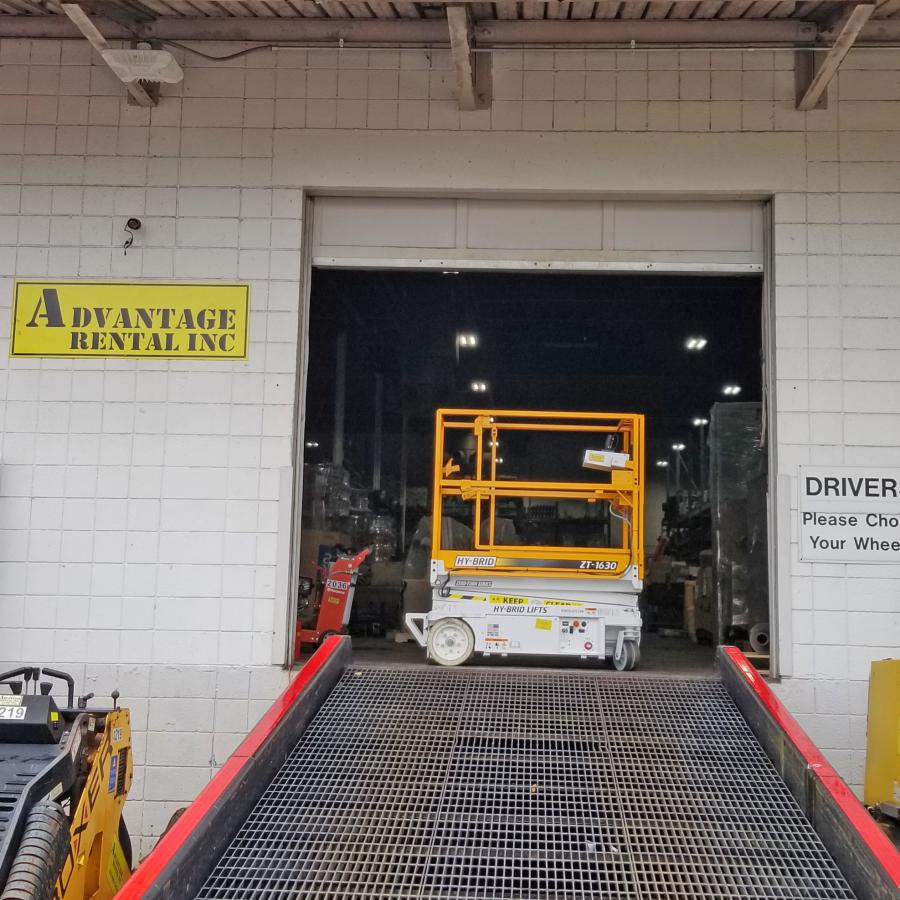 Advantage Rental Inc. offers free delivery on most orders, which makes the compact and lighter-than-average ZT-1630 ideal because of its easy transport. The ZT-1630 weighs 1,785 lbs., compared to competitive models that can weigh upwards of 3,000 lbs.

"The ZT-1630 is really a natural fit for rental centers and customers and we're pleased that Advantage Rental has seen such successful early results," said Terry Dolan, Hy-Brid Lifts president and CEO. "Whether customers need one or 10 lifts at a time, they have come to know and trust the Hy-Brid Lifts name. Additionally, working with our dealers allows us to get feedback from customers to continue innovating to meet their needs and design the best lifts for their operations."

Advantage Rental is so satisfied with its experience with Hy-Brid Lifts that its recently purchased 20 PS-1930 units. The brand-new 19-ft. (5.8 m) lifts are the latest in the Hy-Brid Lifts lineup, and offer unique features including non-folding rails, under 2,000-lb. (907 kg) weights and 650-lb. (295 kg) lift capacities.

Advantage Rental Inc. is located in Pittsburgh, with branches in Greensburg, Duncansville and Erie, Pennsylvania. For more information, visit www.advantagerental.us.